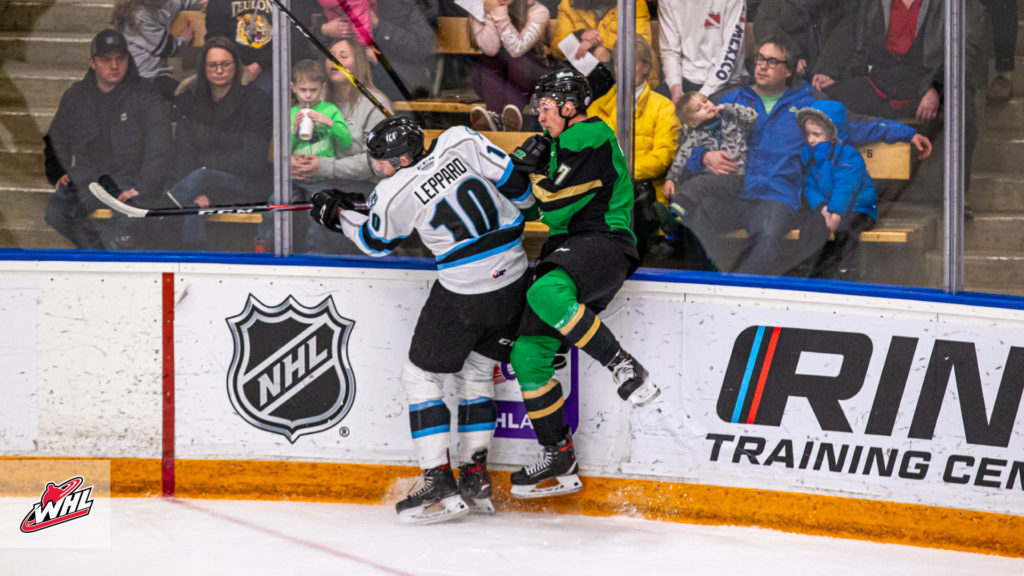 A six-game schedule of action in the Western Hockey League Sunday saw action in three Canadian provinces and one American state. In Manitoba’s capital, the Prince Albert Raiders ended a losing streak against the Winnipeg ICE while the Brandon Wheat Kings silenced the Regina Pats in Saskatchewan’s provincial capital. Over in Swift Current, the Seattle Thunderbirds closed out their interdivisional play with a win against the Broncos. In Alberta, the home side claimed both victories as the Calgary Hitmen downed the Moose Jaw Warriors and the Edmonton Oil Kings topped the Saskatoon Blades. In the lone game of the night in the Western Conference, the Kelowna Rockets used their offence to top the Tri-City Americans south of the border. 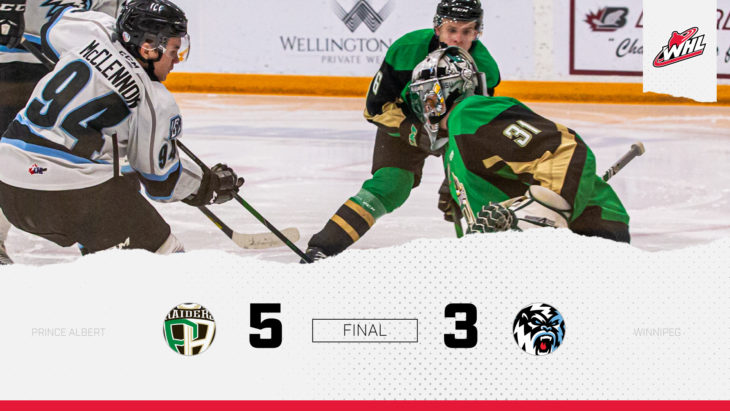 The Prince Albert Raiders ended an eight-game losing streak with a 5-3 win against the Winnipeg ICE Sunday in Manitoba.

Reece Vitelli posted a pair of goals in his home town while Brayden Watts, Aliaksei Protas (Washington Capitals), and 2020 NHL Draft prospect Ozzy Wiesblatt each recorded a goal and an assist.

Owen Pederson scored twice in the first and Cole Muir struck in the third for the ICE.

Prince Albert and Winnipeg each scored twice in the opening period before the defending WHL Champions burst open the game with three goals in the second period before the ICE answered with a single strike in the third.

In his second start with the Raiders, Keegan Karki made 25 saves for the victory. 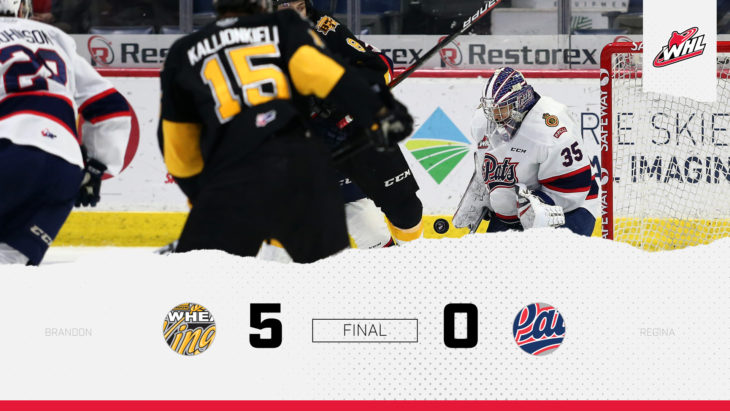 Patera made 31 saves throughout the game, stopping nine shots in the first, 12 in the second, and 10 in the third. 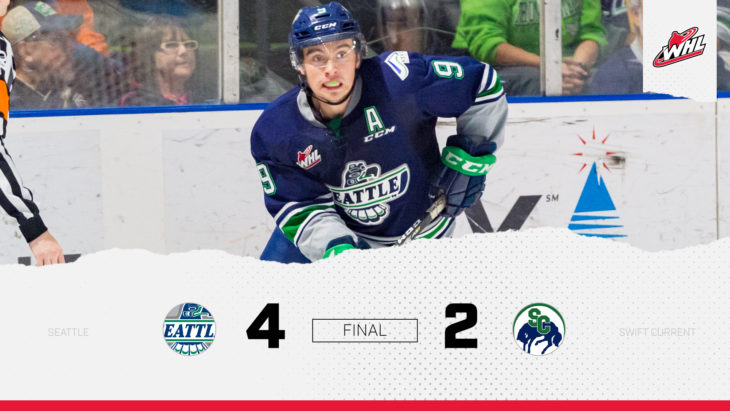 Conner Roulette and Andrej Kukuca each potted a goal and an assist in the victory while six other Thunderbird skaters picked up a single helper in the win. 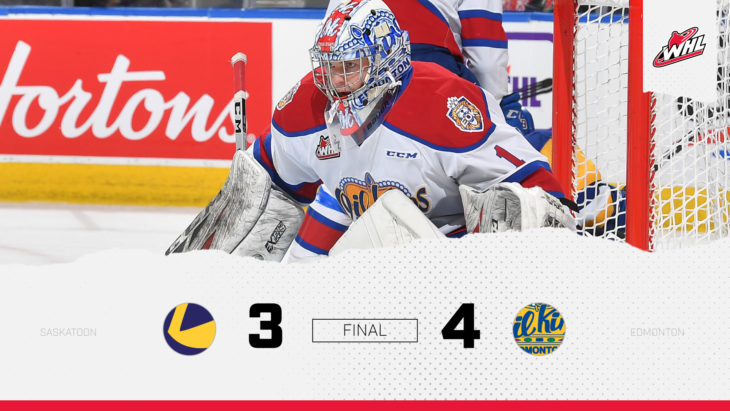 In CHL on Sportsnet action Sunday the Edmonton Oil Kings claimed a 4-3 victory over the Saskatoon Blades.

The Blades responded with goals by Tristen Robins, captain Chase Wouters, and Randen Schmidt in the second, but that’s as close as they’d come.

Making his debut with his new team, Beck Warm made 29 saves to earn the win between the pipes.

The Calgary Hitmen flexed their offensive muscles Sunday to the tune of a 7-2 win over the Moose Jaw Warriors on home ice.

Captain Mark Kastelic (Ottawa Senators), Carson Focht (Vancouver Canucks), and Josh Prokop each had a goal and an assist in the win. The Hitmen scored once in the first period, four times in the second, and twice more in the third. The Warriors found the back of the net twice in the middle period to account for their offence.

Brayden Peters made 16 saves on 18 shots for the victory. 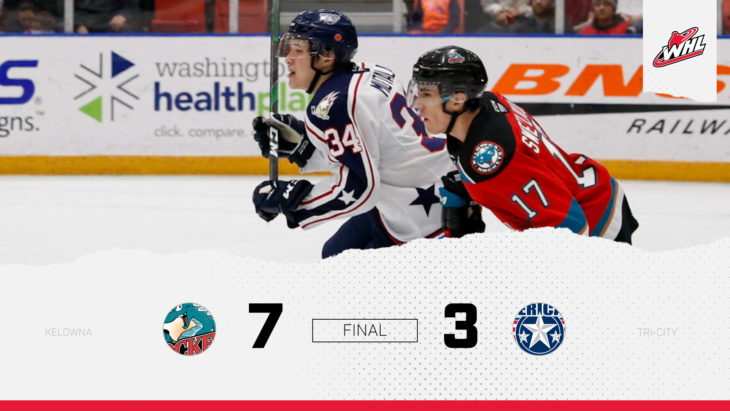 A four-point period from 2020 NHL Draft prospect Pavel Novak powered the Kelowna Rockets to a 7-3 victory against the Tri-City Americans.

Goals from Michael Farren, Trevor Wong, and Jake Poole had the Rockets up 3-1 through 40 minutes with Sasha Mutala (Colorado Avalanche) supplying the lone goal for the home side.

Novak opened the third with a pair of goals before the Americans tallied goals via Booker Daniel and Samuel Huo. Dillon Hamaliuk (San Jose Sharks) and Conner McDonald wrapped up the scoring shortly after.

Hamaliuk finished with a goal and an assist while Matthew Wedman (Florida Panthers) picked up a pair of helpers in the win.