WHL Tonight: Raiders, ICE give thanks for strong goaltending in Thanksgiving Day victories 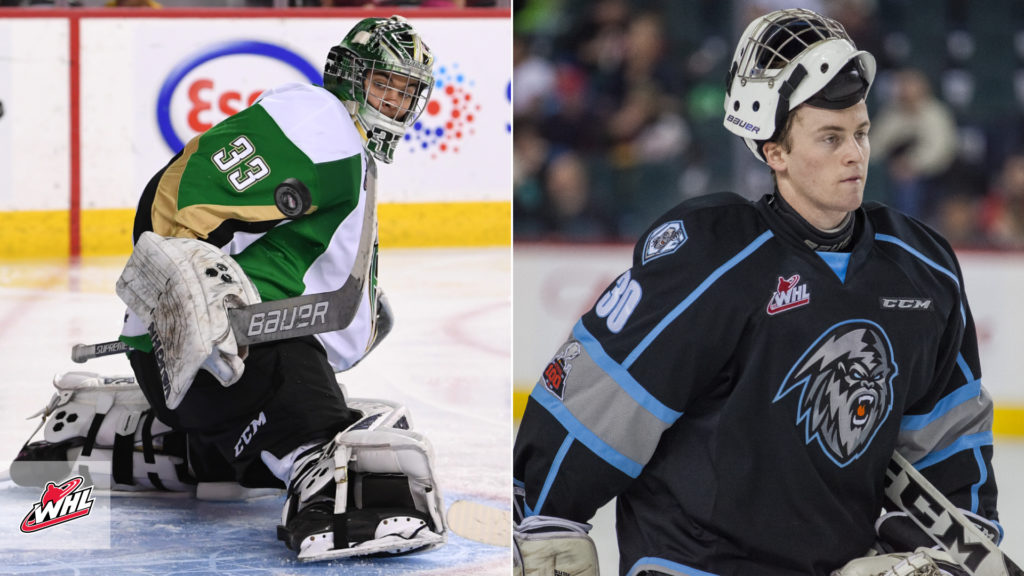 As the ICE sit in the second of two wild card spots in the WHL’s Eastern Conference, McGovern has been solid early on for the ICE, posting a 3-1-0-0 record, 2.95 goals-against-average, and a 0.914 save percentage.

Scott has been one of the most impressive goaltenders in the WHL through the early portion of the season, sporting a 7-1-0-0 record, 1.63 GAA, 0.941 SV% and one shutout. The shutout was the fourth of his WHL career. Scott now sits first in wins in the WHL and fifth in the league for GAA.

Through nine games this season, Leason has 17 points (5G-12A), including one power-play goal and at least a point in each of the Raiders’ nine games. Six of those games have featured multi-point efforts including a pair of three-point performances. 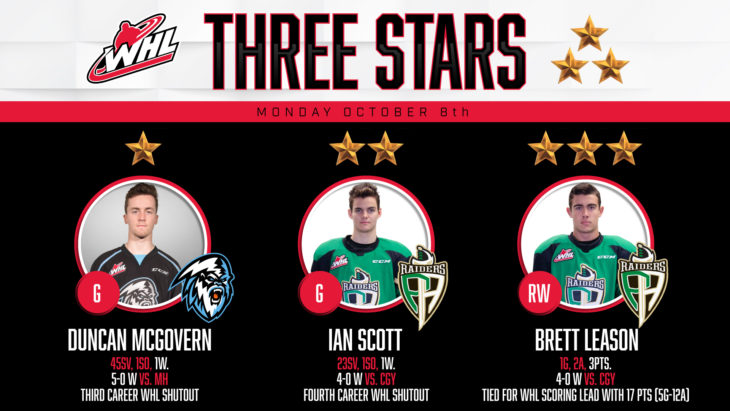 -The Prince Albert Raiders ended their first road trip of the season through Alberta with a victory Monday afternoon, shutting out the Calgary Hitmen by a 4-0 score.

Ian Scott (Toronto Maple Leafs) stopped all  23 shots sent his way for his first shutout of the season and the fourth of his WHL career while Parker Kelly (Ottawa Senators) scored twice.

Kelly opened the scoring with a beautiful short-handed stab in the first period, while Aliaksei Protas and Kelly’s second of the game featured in the second. Brett Leason capped off a three-point game with his fifth goal of the season, placing him in a tie for the WHL’s scoring lead with 17 points.

-2019 NHL Draft eligible goaltender Duncan McGovern posted a 45-save shutout Monday as the Kootenay ICE blanked the Medicine Hat Tigers by a 5-0 score.

McGovern stopped 14 shots in the first, 16 in the second, and 15 more in the third period to earn the third shutout of his WHL career.

At the other end of the rink, the ICE received goals from five different skaters in the victory. Brendan Semchuk, Keenan Taphorn, and Davis Murray factored in with goals in the first period while Brad Ginnell and Sam Huston added goals in the second and third period respectively.

Semchuk and Murray each aded an assist for the multi-point effort while Cole Muir had a pair of helpers himself. Tyler Preziuso led the Tigers with four shots in the contest.