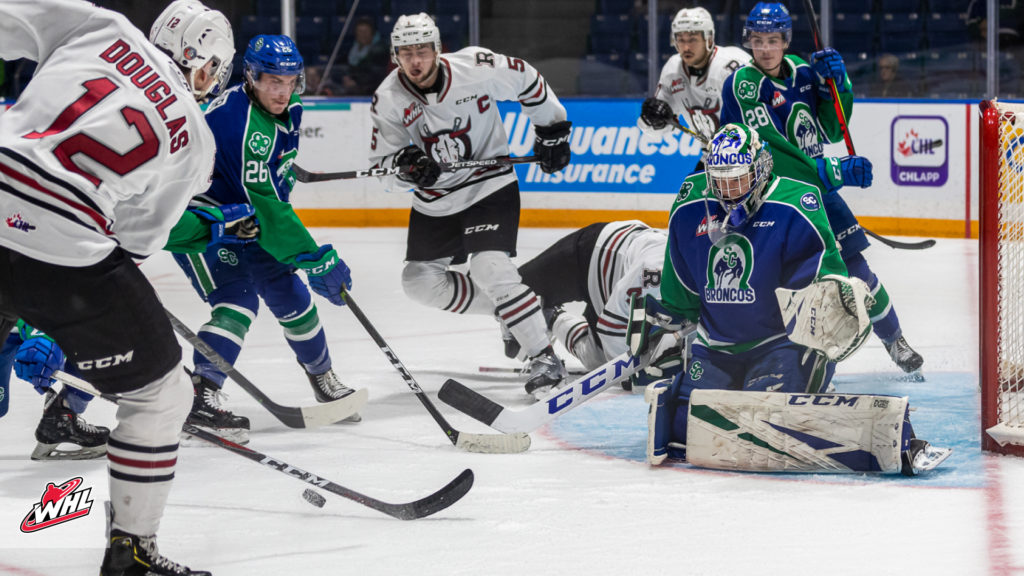 Tuesday’s action in the Western Hockey League saw a pair of games get dominated by the masked men in the blue paint. In Saskatchewan, the Swift Current Broncos hosted the Red Deer Rebels and earned a 6-4 win off of goals from five different skaters and an outstanding performance in net by Isaac Poulter. The game was highlighted by the first-ever WHL goals for Justin Svenson and Cohner Saleski while Poulter turned aside a career-high 54 shots in the win. In British Columbia, Sebastian Cossa stopped all 21 shots directed his way, then didn’t allow a single goal in the shootout to earn the 1-0 victory for the Edmonton Oil Kings. Dylan Guenther scored the lone goal in the shootout to help provide Edmonton with the victory as well. 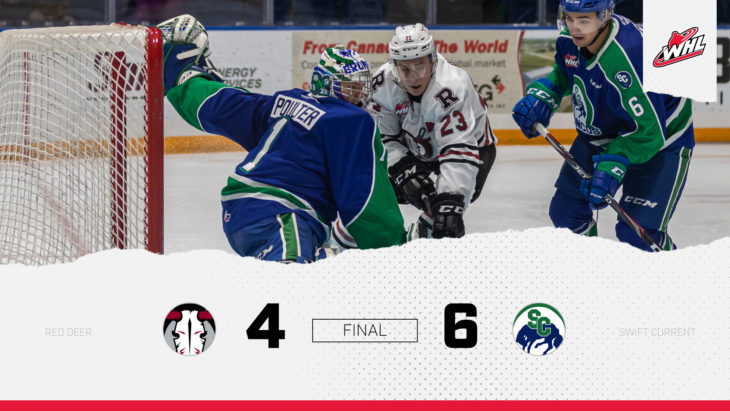 A memorable night of firsts aided the Swift Current Broncos in a 6-4 win against the visiting Red Deer Rebels.

Brecon Wood had a pair of goals and an assist, but it was the duo of Justin Svenson and Cohner Saleski each scoring the first goals of their WHL career to power Swift Current into the win column.

Svenson and Wood scored in the early moments of the first for Swift Current, but goals from Jaxsen Wiebe and Rebels’ captain Dawson Barteaux (Dallas Stars) tied up the contest through 20 minutes.

In the second, Saleski had the lone goal to put Swift Current ahead after 40 minutes.

Early-period goals aided the Broncos again in the third as a short-handed breakaway goal by Jaxan Kaluski and the first of the season from Eric Houk put the Broncos ahead for good. Wood added an empty-net goal in between strikes from 2020 NHL Draft prospect Christoffer Sedoff and Arshdeep Bains to close out the game.

Between the pipes, Isaac Poulter stopped a career-high 54 shots to earn the victory. The Winnipeg, Man. product turned aside 17 shots in the first, 14 in the second, and 23 more in the third. 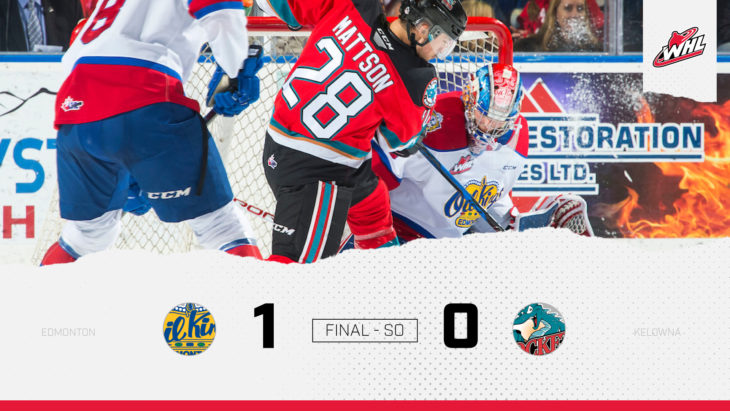 Sebastian Cossa stopped all 21 shots through regulation and overtime, then turned aside three chances in the shootout as the Edmonton Oil Kings downed the Kelowna Rockets by a 1-0 score.

In the shootout, Cossa turned aside chances from Mark Liwiski, Nolan Foote, and Leif Mattson to earn the win. Guenther made good on Edmonton’s first chance.