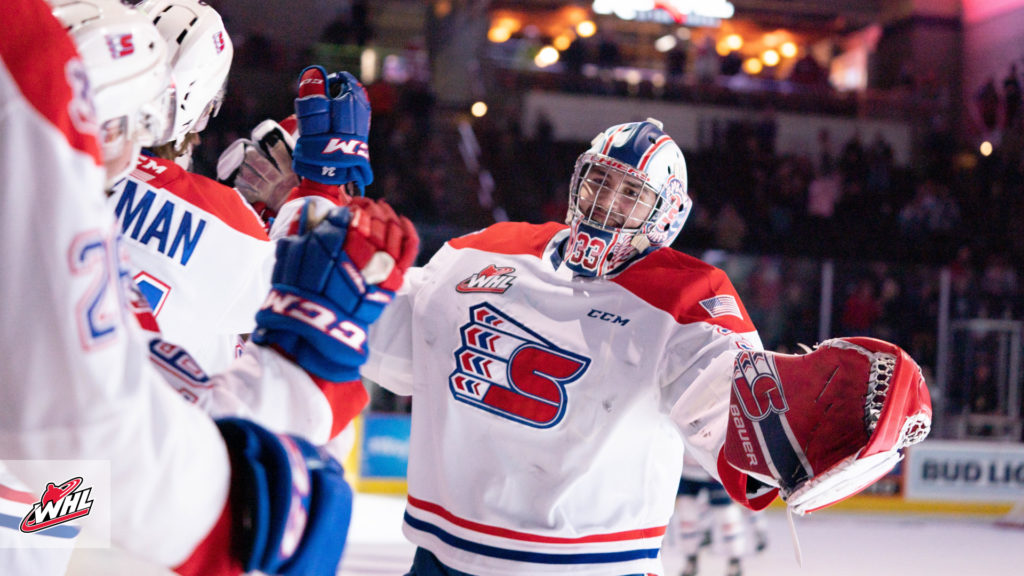 A trio of games featured on the Western Hockey League schedule Tuesday evening. In southern Saskatchewan, the Saskatoon Blades closed out their regular season series against the Moose Jaw Warriors with a 6-0 win. Over in Alberta, the Medicine Hat Tigers defended home turf with a 4-3 overtime win against the Red Deer Rebels. In the U.S. Division, the story was Lukas Parik, who became the first goaltender in WHL history to record a shutout and score a goal in the same game as the Spokane Chiefs topped the Kamloops Blazers 3-0. 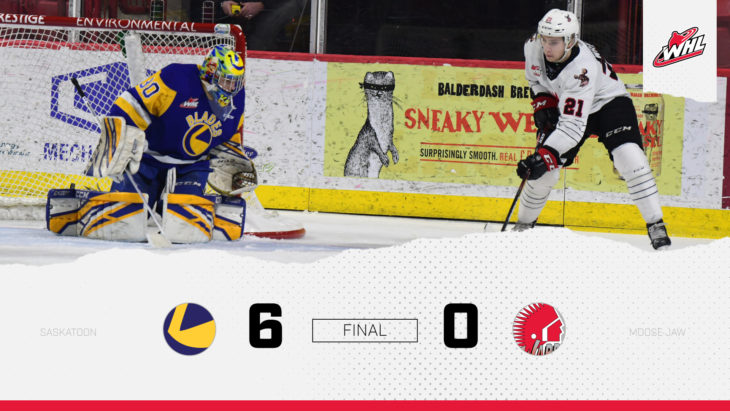 Morozoff opened the scoring with the game-winning goal 111 seconds into the start of the contest. Kyle Crnkovic’s 21st of the season and Morozoff’s second of the night would build the lead to 3-0 before the end of the first.

In the second, 2020 NHL Draft prospect Tristen Robins and captain Chase Wouters scored while Riley McKay closed out the scoring with the only goal of the third.

MacInnes made seven saves in the first, six in the second, and six in the third for the third shutout of his rookie season.

Zach Huber and Caiden Daley each picked up a pair of assists in the victory. 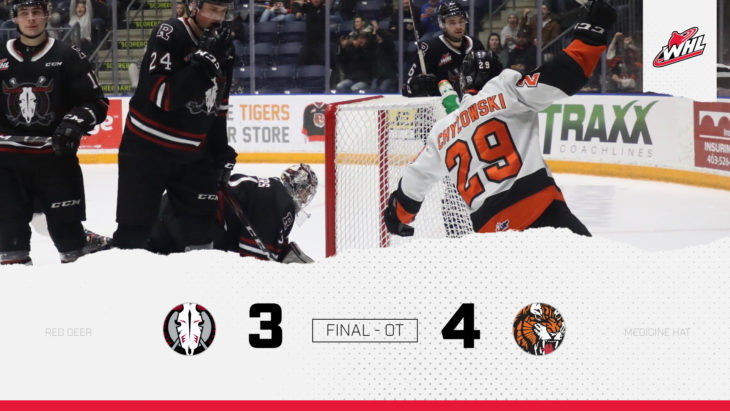 Ryan Chyzowski scored his second goal of the game 1:46 into overtime Tuesday to lift the Medicine Hat Tigers to a 4-3 win against the visiting Red Deer Rebels.

In a back-and-forth contest that saw neither team lead by more than two goals at once, Josh Tarzwell opened the scoring before Elijah Brown and Chyzowski made it a 2-1 game through 20 minutes.

Joel Sexsmith would tie up the game in the second, but Cole Sillinger tallied late in the middle frame to restore the one-goal advantage for the home side.

The Rebels would find the equalizer in the third from the stick of Arshdeep Bains, but would eventually settle for a single point in the contest.

2020 NHL Draft prospect Garin Bjorklund made 21 saves to claim the win for the Tabbies. Brett Kemp tallied three helpers in the victory. 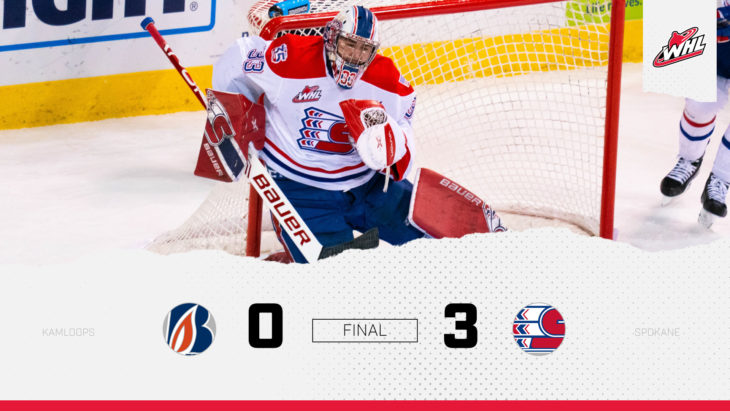 Lukáš Pařík (Los Angeles Kings) scored the first goal of his WHL career and posted a 36-save shutout as the Spokane Chiefs silenced the Kamloops Blazers by a 3-0 score.

Parik became the ninth goaltender in WHL history to score a goal and the first to accomplish a shutout while scoring a goal as well.

The Czech Republic-born import goaltender made 18 saves in the first, seven in the second, and 11 in the third for the first clean sheet of his WHL career. Parik then scored in the final minute of regulation.

Cordel Larson scored 12 seconds into the first period and Leif Mattson tallied his 23rd goal of the season exactly five minutes into the second.