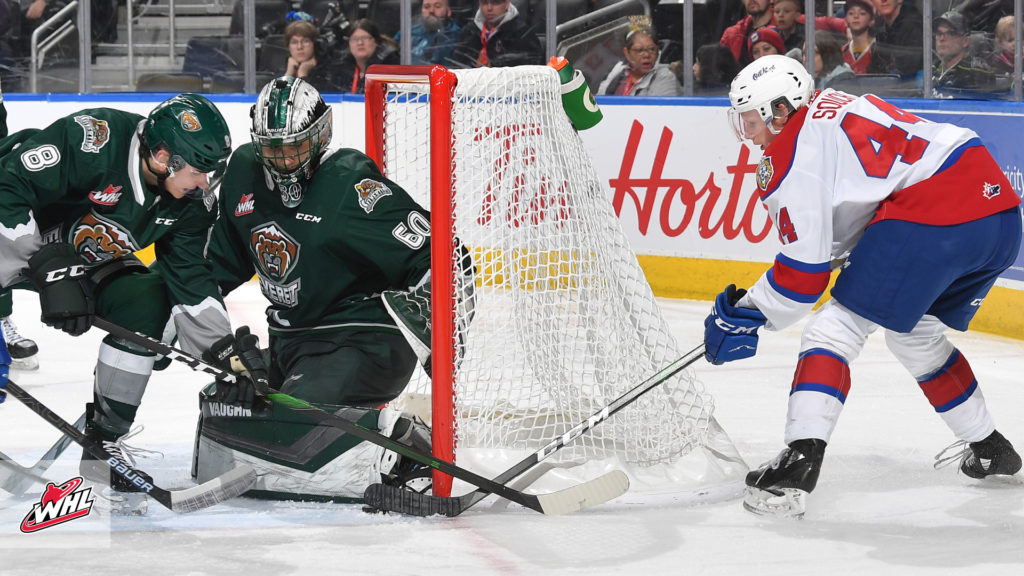 Five Western Hockey League teams started the new year on the right foot Wednesday. In the Queen City, the Regina Pats scored a quick overtime goal to edge the Prince Albert Raiders. To the northern part of the province, the Winnipeg ICE continued their fruitful road trip with a big win against the Saskatoon Blades. Over in Alberta, the home teams each claimed victories as the Edmonton Oil Kings topped the Everett Silvertips in a shootout and the Calgary Hitmen doubled up on the Medicine Hat Tigers. The lone game of the day in the Western Conference saw the Victoria Royals shutout the Vancouver Giants in British Columbia’s Lower Mainland. 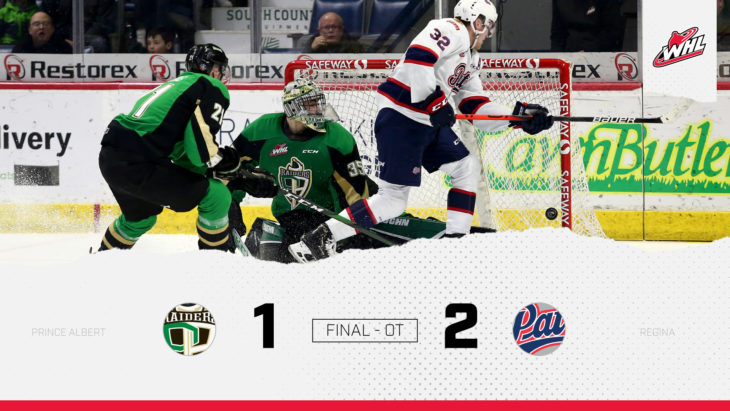 Robbie Holmes scored 13 seconds into overtime Wednesday as the Regina Pats topped the visiting Prince Albert Raiders by a 2-1 score.

The only scoring in regulation took place in the second period as Riley Krane struck 16:38 into the period before 2020 NHL Draft prospect Ozzy Wiesblatt responded 108 seconds later. Krane then picked up an assist on the game-winning goal to complete the multi-point game.

Max Paddock stopped 29 of 30 shots to earn the win. 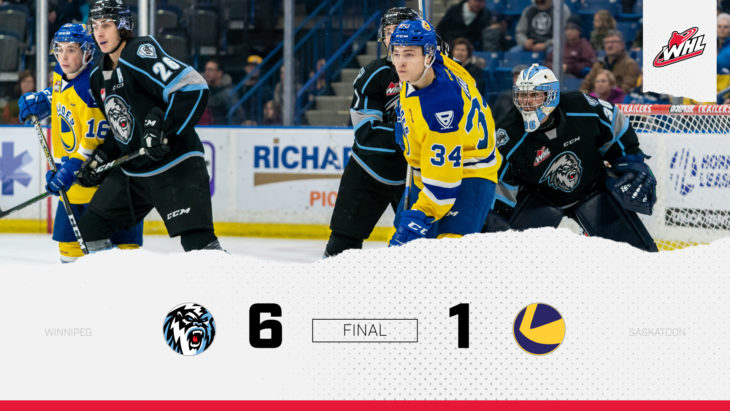 A four-point night from Owen Pederson paced the Winnipeg ICE to a 6-1 road victory against the Saskatoon Blades Wednesday afternoon.

Contributing offensively as well was 2020 NHL Draft prospect Connor McClennon, who tallied a goal and three points. Defensively, Liam Hughes continued his strong play with a 25-save performance, holding the Blades to a single goal.

McClennon scored the only goal of the first while strikes from Isaac Johnson, Carson Lambos, and Pederson featured in the second. Pederson’s second goal and a lighting of the lamp by Jakin Smallwood featured in the third before Colton Dach broke up the shutout bid late. 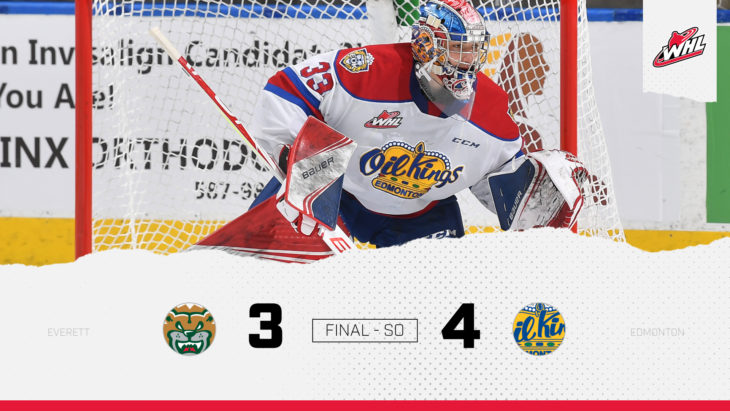 Dylan Guenther and Josh Williams scored in the shootout as the Edmonton Oil Kings topped the Everett Silvertips 4-3 in a battle of two of the league’s top three teams.

However, that 3-2 lead would last for all of 15 seconds as Silvertips captain Bryce Kindopp struck back for the equalizer to put the game into a dead heat.

After stopping 34 shots through 65 minutes, Sebastian Cossa allowed just a single goal through three shootout attempts to confirm the win. 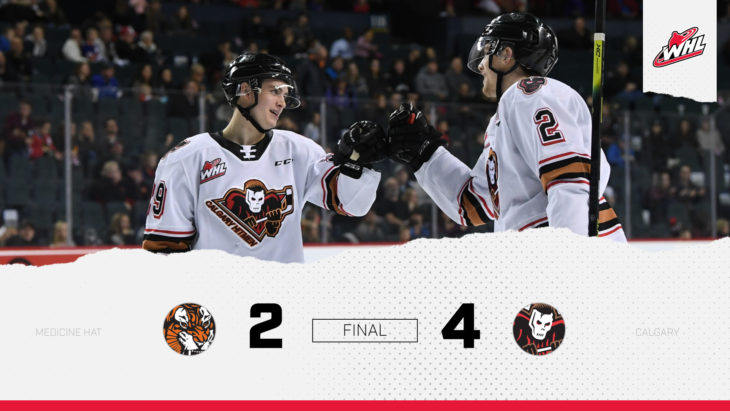 The Medicine Hat Tigers scored first, but the Calgary Hitmen had the last laugh Wednesday, scoring three times in the third period en route to a 4-2 win on home ice Wednesday.

2020 NHL Draft prospect Lukas Svejkovsky began the game with a bang, scoring the first goal of the decade in the WHL 10 seconds into the contest.  However, Jonas Peterek tied up the game with a goal in the second period to start the offensive surge for Calgary.

After Hunter Campbell and Ryan Chyzowski traded goals early in the third, strikes from captain Mark Kastelic (Ottawa Senators) and Sean Tschigerl provided the difference in the game. 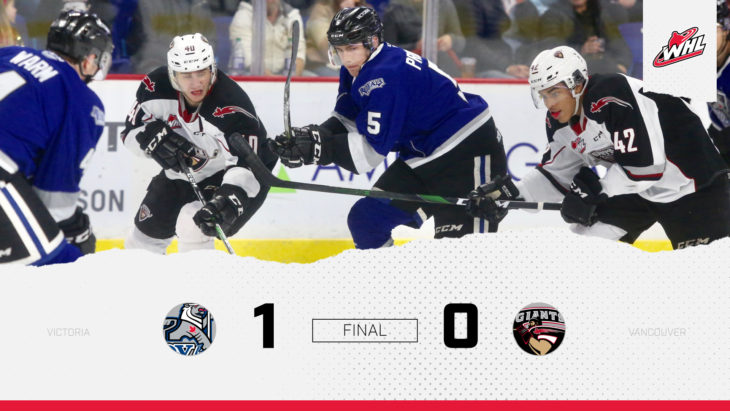 Shane Farkas made 29 saves for his first shutout of the season and captain Phillip Schultz scored the only goal from either side as the Victoria Royals started off 2020 with a 1-0 victory over the Vancouver Giants.

Farkas stopped 10 shots in the first, eight in the second, and 11 in the third for the clean sheet, which was the eighth of his WHL career.

Schultz would strike for the lone goal of the game 2:58 into the third period. Tarun Fizer had the lone assist on the goal.

David Tendeck (Arizona Coyotes) turned in an admirable 27-save performance against the Royals in the narrow loss.