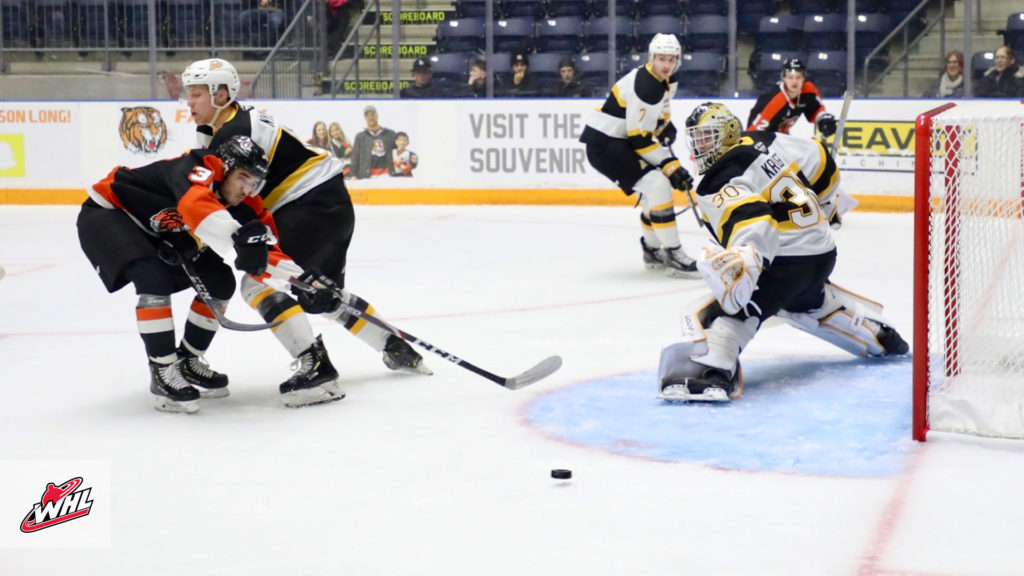 It was a great night to be a road team in the Western Hockey League as the visitors claimed regulation victories in all four opportunities. In Saskatchewan’s capital, Isaac Poulter delivered a near-perfect effort as the Swift Current Broncos doubled up the Regina Pats in their rescheduled contest. Just a short jaunt west along the Trans-Canada Highway in Medicine Hat, the visiting Brandon Wheat Kings were led by a 32-save shutout from 2020 NHL Draft prospect Ethan Kruger. In British Columbia, the Edmonton Oil Kings started and finished the scoring in a win against the Prince George Cougars. Closing out the quartet of games, the Winnipeg ICE picked up the second victory of their U.S. Division road trip against the Seattle Thunderbirds. 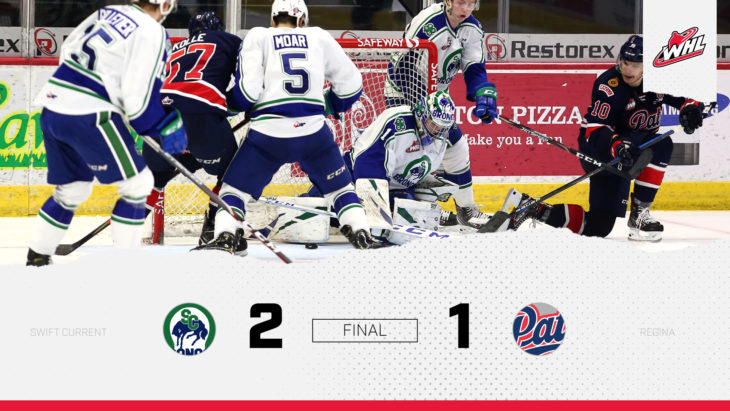 Isaac Poulter turned aside 48 of 49 shots as the Swift Current Broncos earned a 2-1 victory against the Regina Pats Tuesday night in Saskatchewan’s capital. The 48 saves were a career-high for a road game in Poulter’s WHL career.

The Winnipeg, Man. product stopped 14 shots in the first, 11 in the second, and 23 in the third to earn his fifth win of the season.

Broncos captain Ethan Regnier opened the scoring in the first period with his fifth goal of the season. Recently-acquired import forward Sergei Alkhimov scored the game-winning goal in the third against his former team, adding an assist on the first goal for the multi-point performance.

Zack Smith’s second goal of the season was the lone source of offence for the Pats in the contest. 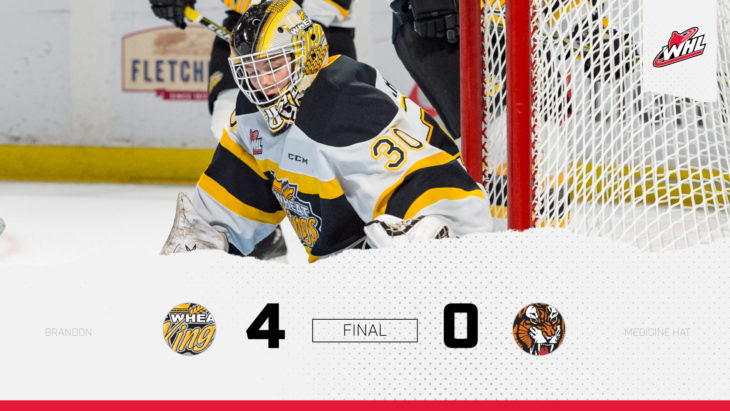 2020 NHL Draft prospect Ethan Kruger made 32 saves for the second shutout of his WHL career as the Brandon Wheat Kings claimed a 4-0 victory against the Medicine Hat Tigers Tuesday night in Alberta.

Kruger’s clean sheet saw him stop five shots in the first, nine in the second, and 18 in the third.

Offensively, Brandon struck twice in the second and twice more in the third. 2020 NHL Draft prospect Ridly Greig opened the scoring, followed minutes later by the second of the season from Neithan Salame.

Luka Burzan (Colorado Avalanche) scored his 11th goal of the season 71 seconds into the third while captain Connor Gutenberg notched his fifth of the season late to close out the game.

Burzan, Greig, and Gutenberg each added an assist for the multi-point performance. 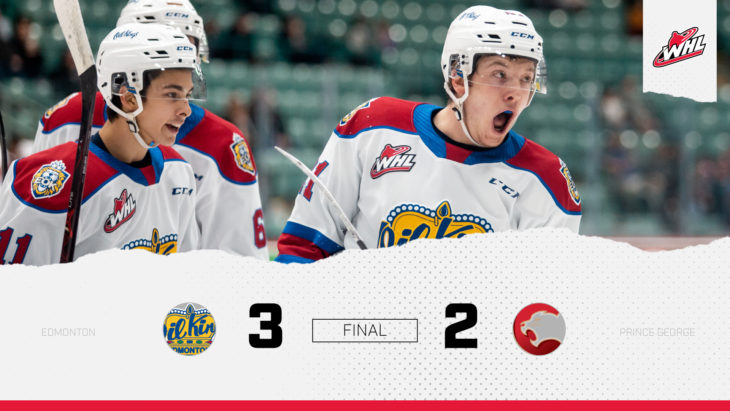 The Edmonton Oil Kings opened and closed the scoring Tuesday as they began their B.C. Division road trip with a 3-2 victory against the Prince George Cougars.

2020 NHL Draft prospect Jake Neighbours scored the only goal of the first period. The Cougars pushed back in the second with goals from Mitchell Kohner and Cole Moberg (Chicago Blackhawks), but the Oil Kings responded with strikes from David Kope and Matthew Robertson (New York Rangers) to reclaim the lead after 40 minutes.

After stopping 16 of 18 shots through 40 minutes, Sebastian Cossa stopped all six shots by Prince George in the third to preserve the victory.

Dylan Guenther added a pair of assists to extend his point streak to six games. 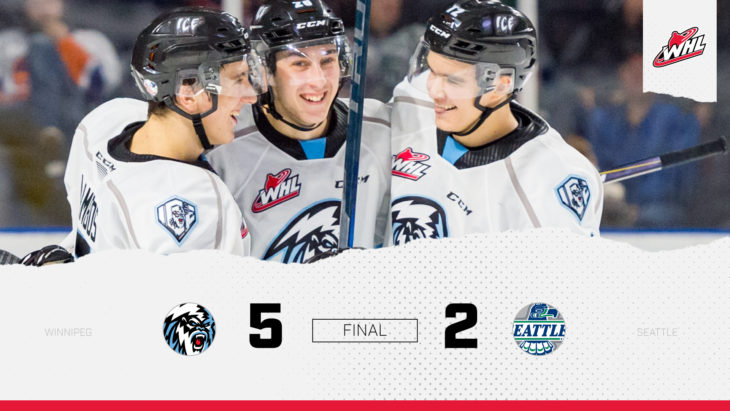 Michal Teply (Chicago Blackhawks) scored twice as part of a three-goal third period for the Winnipeg ICE in a 5-2 win over the Seattle Thunderbirds Tuesday.

The teams remained on even terms through 20 minutes as 2020 NHL Draft prospect Simon Kubicek and Brad Ginnell scored for Seattle and Winnipeg, respectively. The lone goal of the second period saw Jackson Leppard put the ICE ahead 2-1.

Just 42 seconds into the third, Teply scored his first of the game to put the ICE ahead for good in the game. Alex Morozoff brought Seattle within a goal minutes later, but Teply’s second goal and an empty-net strike from Reece Harsch would round out the victory.

Playing in his 200th WHL regular season game, Harsch potted a goal and three points against his former team.

Jesse Makaj stopped 26 of 28 shots for the victory.