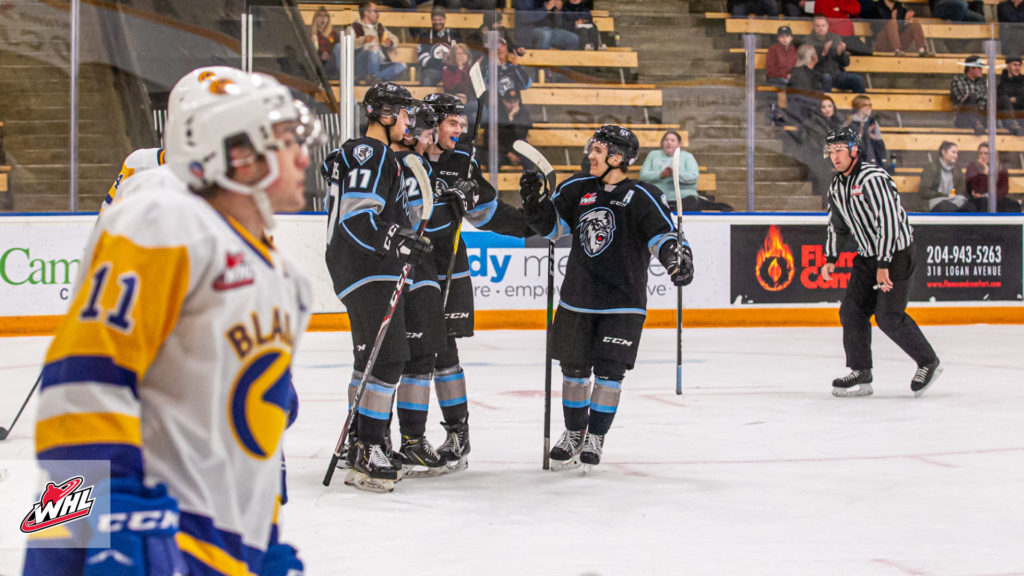 Three games in three provinces made up Sunday’s Western Hockey League action. In Manitoba, the Winnipeg ICE matched a season-best performance with seven goals, earning another victory against the Saskatoon Blades. In Alberta, the Calgary Hitmen had a start to forget and a finish to remember, doubling up the Medicine Hat Tigers. In British Columbia’s Lower Mainland, the first meeting of the season between the Vancouver Giants and Victoria Royals went the way of the visitors at the Langley Events Centre. 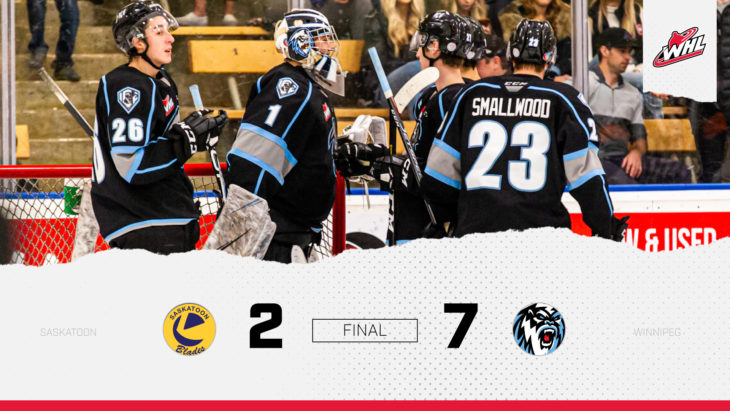 The Winnipeg ICE scored seven goals in a game for the second time this season Sunday, extending their winning streak to three games with a 7-2 decision over the Saskatoon Blades.

Brad Ginnell had a pair of goals and three points while Owen Pederson and newly-acquired forward Jackson Leppard each had a goal and an assist. Nino Kinder, Jakin Smallwood, and the first goal of Anson McMaster’s WHL career also featured in the win. From the blue line, Chase Hartje and Reece Harsch each had a pair of helpers. Matthew Savoie picked up the first point of his WHL career in the win with an assist.

In net, Jesse Makaj stopped 28 of 30 shots for the victory. Blades captain Chase Wouters and forward Riley McKay had the lone goals for Saskatoon. 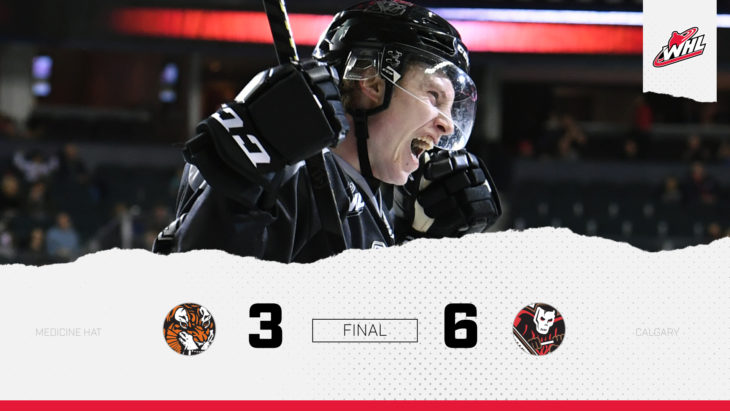 The Calgary Hitmen made a statement Sunday afternoon on home ice, scoring six unanswered goals after giving up the first three goals of the game to double up the Medicine Hat Tigers.

After Cole Sillinger scored 67 seconds into Sunday’s contest, Ryan Chyzowski scored back-to-back power-play goals to swell the visitor’s lead to 3-0 with more than 50 minutes still left in regulation. The Hitmen would slowly chip away at the lead though.

Jackson van de Leest scored inside the final minute of the first to get Calgary on the board, followed by second-period goals from Carson Focht (Vancouver Canucks) and captain Mark Kastelic (Ottawa Senators) to tie things up heading to the third. In the final 20 minutes, Kastelic added his second of the game while Riley Stotts (Toronto Maple Leafs) potted a pair of goals for insurance.

Sillinger factored into all three Medicine Hat goals for his third three-point game this month. Captain James Hamblin had a pair of assists while Brett Kemp had a single helper. 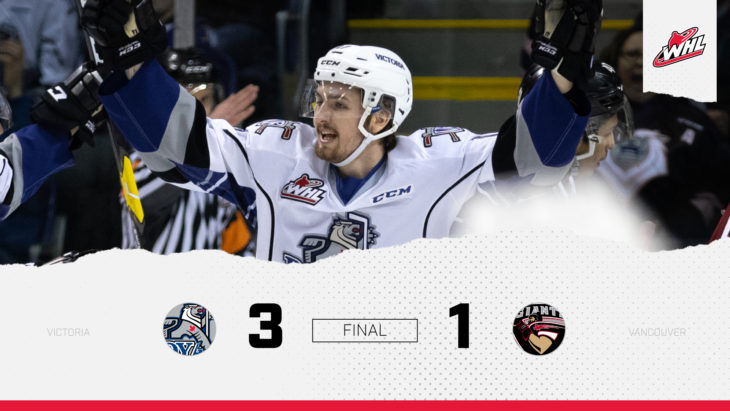 First-period goals from Mitchell Prowse and Sean Gulka paced the Victoria Royals to a 3-1 victory over the Vancouver Giants Sunday. Alex Kannok Leipert (Washington Capitals) scored late in regulation to make things interesting, but an empty-net goal by Tarun Fizer closed out the contest. Gulka added an assist for the multi-point game.

River Fahey, Nolan Jones, Gary Haden, and Keanu Derungs each picked up a single assist for the Royals in the win. Tristen Nielsen and Dylan Plouffe had the helpers on Vancouver’s lone goal.