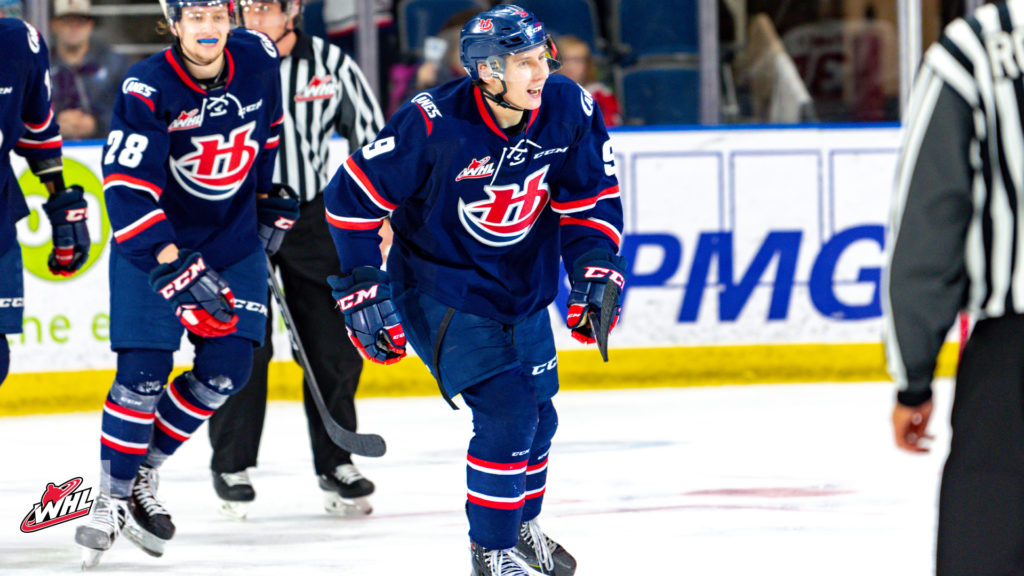 A five-game slate of Western Hockey League action favoured the home sides with three of the five victories on Wednesday. In Manitoba’s capital, the Winnipeg ICE put an end to the point streak of the Kelowna Rockets with a regulation win over the B.C. Division Club. In the Queen City, the Kamloops Blazers atoned for a loss Wednesday by doubling up the Regina Pats. In the northern part of the province, the Medicine Hat Tigers continued to live by the motto that the best defence is a good offence as they topped the Prince Albert Raiders. One province to the west, the Edmonton Oil Kings and Lethbridge Hurricanes successfully defended home turf as they topped the Swift Current Broncos and Red Deer Rebels respectively. 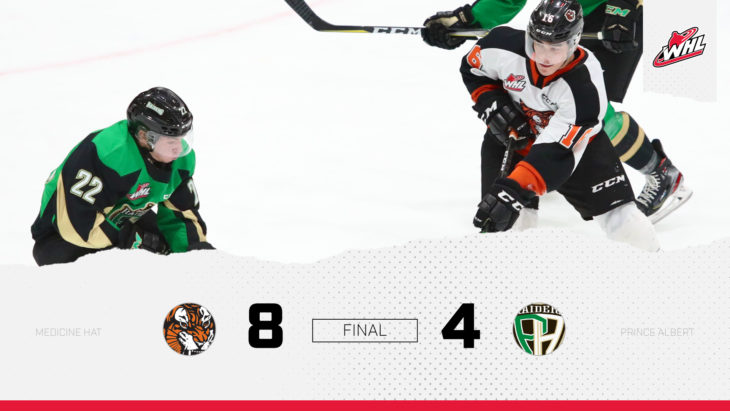 Less than 24 hours after scoring 11 goals, the Medicine Hat Tigers offence subsided with a mere eight-goal performance as they doubled up the Prince Albert Raiders 8-4 at the Art Hauser Centre Wednesday.

Ryan Chyzowski and Brett Kemp each had hat tricks in the game while rookie forward Cole Sillinger potted a career-high five points via one goal and four assists. Cole Clayton also scored as part of a two-point game.

The Tigers scored twice in the first and twice in the second before erupting for four goals in the third period. Prince Albert responded with a pair of goals by Spencer Moe as well as strikes from Brayden Watts and 2020 NHL Draft prospect Kaiden Guhle. 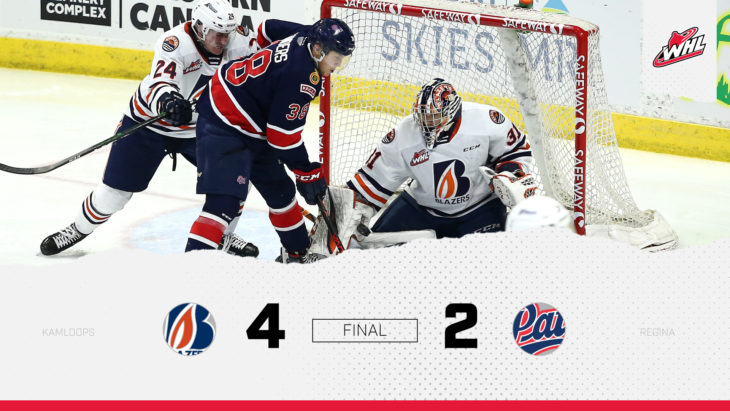 The Kamloops Blazers rebounded on their East Division road trip Wednesday in the Queen City, earning a 4-2 win over the Regina Pats.

Orrin Centazzo scored twice while Ryan Hughes had a goal and an assist. Captain Zane Franklin added three assists in the winning effort.. Logan Stankoven had the other goal for the Blazers in the victory. Caiden Daley and Nikita Sedov scored for Regina in the loss.

The Blazers bolted out to a 2-0 lead through 20 minutes then matched single goals from the Pats in each of the second and third periods. 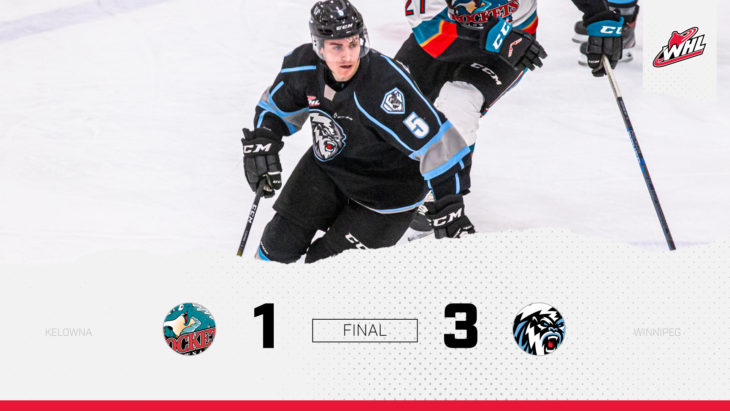 McClennon scored late in the second and early in the third to make it a 2-0 game in Winnipeg’s favour. Midway through the third, Jakin Smallwood scored for the fourth time in his past five games to extend the lead to three. A late goal by Jake Lee put the Rockets on the board, but that’s as close as they’d come.

Liam Hughes stopped 32 of 33 shots to earn the victory. 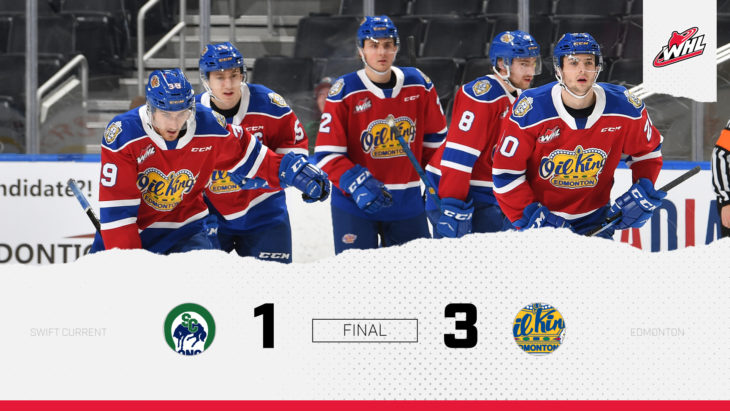 The Edmonton Oil Kings opened up a two-game set against the Swift Current Broncos on home ice with a 3-1 victory Wednesday.

First-period goals by 2020 NHL Draft prospect Jake Neighbours and teammate David Kope put Edmonton ahead for good in the contest while Riley Sawchuk rounded out the scoring with an empty-net goal in the third.

The highlight of the game for the Broncos came just past the midway point of the second period when Caleb Wyrostok scored a highlight-reel goal in his WHL debut.

Todd Scott stopped 15 of 16 shots to earn the win. 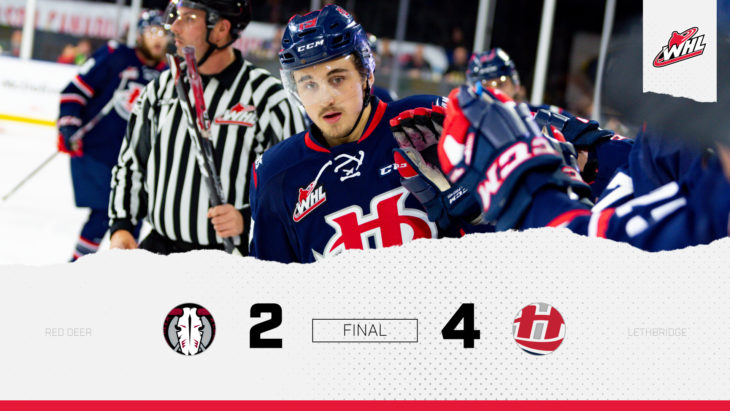 Justin Hall scored the middle of three second-period goals to begin a three-point night as the Lethbridge Hurricanes doubled up the Red Deer Rebels 4-2.

Jace Isley brought the Rebels within a goal through 40 minutes, but that’d be all the offence they could muster for the rest of regulation. Zack Stringer added a late power-play goal in the third to round out the scoring.