WHL Tonight: Hitmen storm back for shootout victory against Broncos 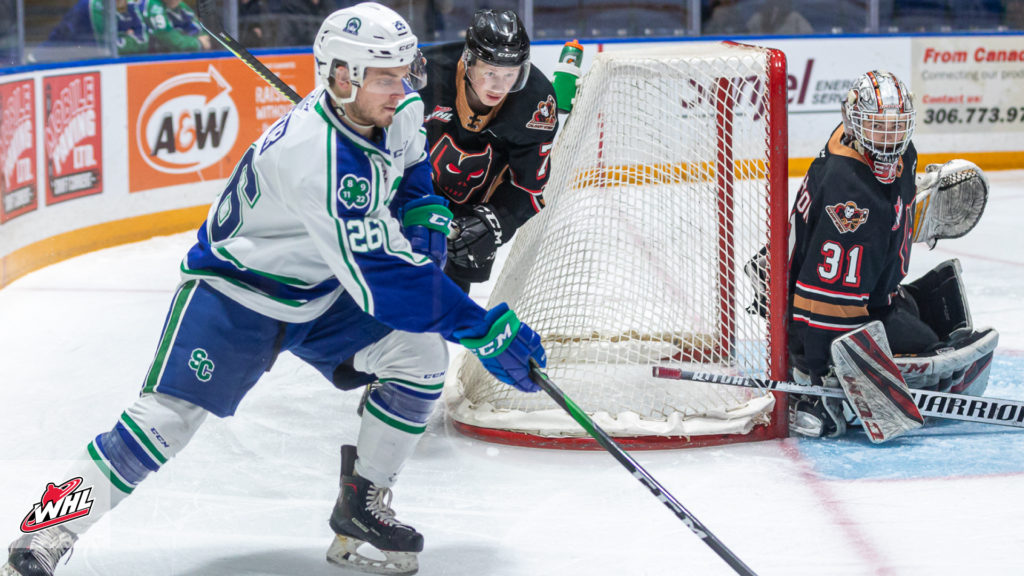 A three-game schedule of action took place Wednesday in the Western Hockey League. In Manitoba, the Brandon Wheat Kings played host to the Prince George Cougars, with Jiri Patera shutting the door to earn his fourth shutout of the season in a 4-0 win. Over in Saskatchewan, the Calgary Hitmen trailed 3-1 with less than 10 minutes left in regulation, but dug deep to tie the game and win it in the shootout against the Swift Current Broncos. On Vancouver Island, the Victoria Royals extended their undefeated-in-regulation streak to five games with their second victory against the Tri-City Americans in as many nights. 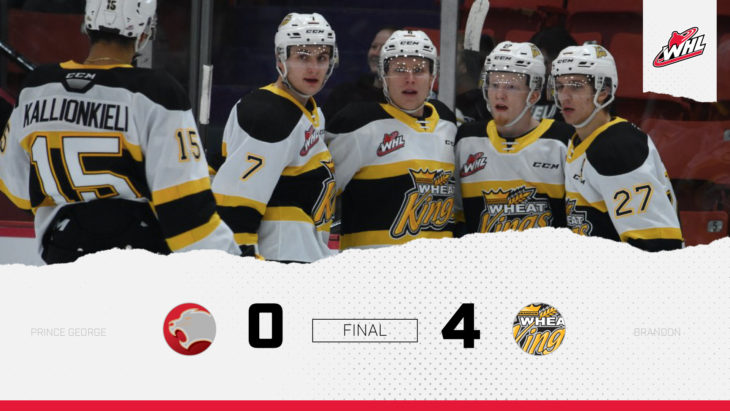 Jiri Patera (Vegas Golden Knights) posted a 21-save shutout and the Brandon Wheat Kings cruised to a 4-0 win against the Prince George Cougars Wednesday on home ice.

Chad Nychuk scored the eventual game-winning goal in the first period. Duncan Pierce, captain Connor Gutenberg, and Marcus Sekundiak all scored in the third. Nychuk and Pierce each finished with a goal and an assist in the contest.

Patera stopped nine shots in the first, seven in the second, and five in the third for his fourth shutout of the season and the fifth of his WHL career. 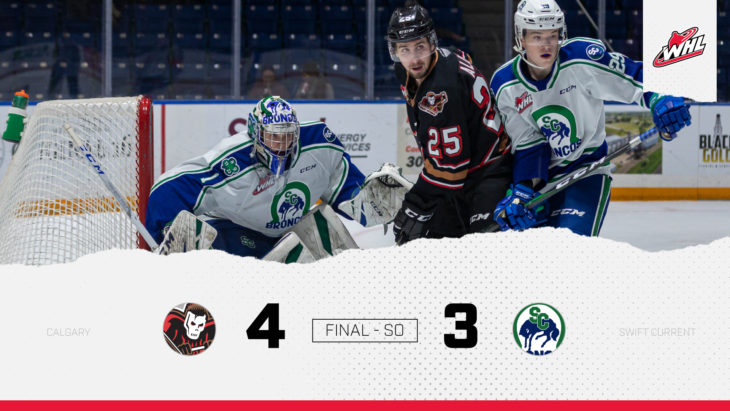 The Calgary Hitmen rallied from a 3-1 deficit and Josh Prokop scored the only goal in the shootout to sweep a home-and-home set against the Swift Current Broncos with a 4-3 decision Wednesday in Saskatchewan.

Carson Focht (Vancouver Canucks) opened the scoring the first period, but the Broncos responded with D-Jay Jerome’s first goal in a Swift Current uniform and a pair of strikes by Jaxan Kaluski to take a two-goal lead with 6:59 left in the second period.

Answering back in the second half of the third, Cael Zimmerman’s second of the season and Focht’s second of the game put the two teams into a deadlock, forcing extra time.

In addition to making 19 saves through 65 minutes, 2020 NHL Draft prospect Jack McNaughton denied the Broncos on all three shootout opportunities to earn the victory. Providing another Herculean effort in net for the Broncos, Isaac Poulter stopped 50 of 53 shots through 65 minutes of action in the narrow loss. 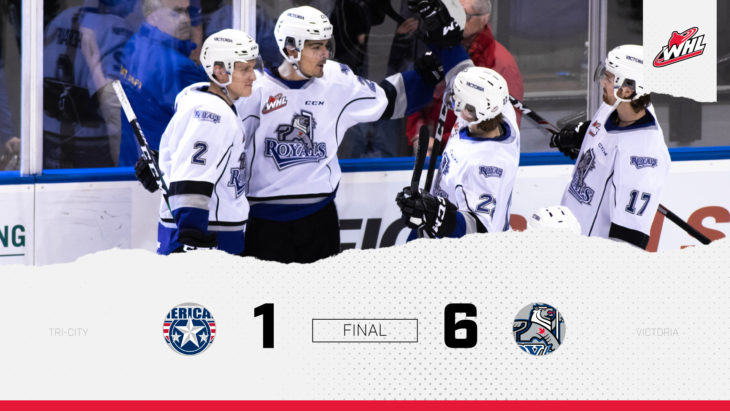 Tarun Fizer notched the second hat trick of his WHL career and the Victoria Royals completed a mid-week sweep of a two-game set against the visiting Tri-City Americans with a 6-1 win Wednesday.

Kaid Oliver opened the scoring in the first and Fizer scored on the power play later in the period to give the Royals a lead they wouldn’t relinquish.

Sasha Mutala (Colorado Avalanche) got the Americans on the board early in the second, but a strike by Graeme Bryks and two more goals from Fizer made it a 5-1 game after 40 minutes. Brandon Cutler closed out the scoring in the third with his sixth of the season.

Adam Evanoff made 30 saves to collect his first win as a member of the Royals.