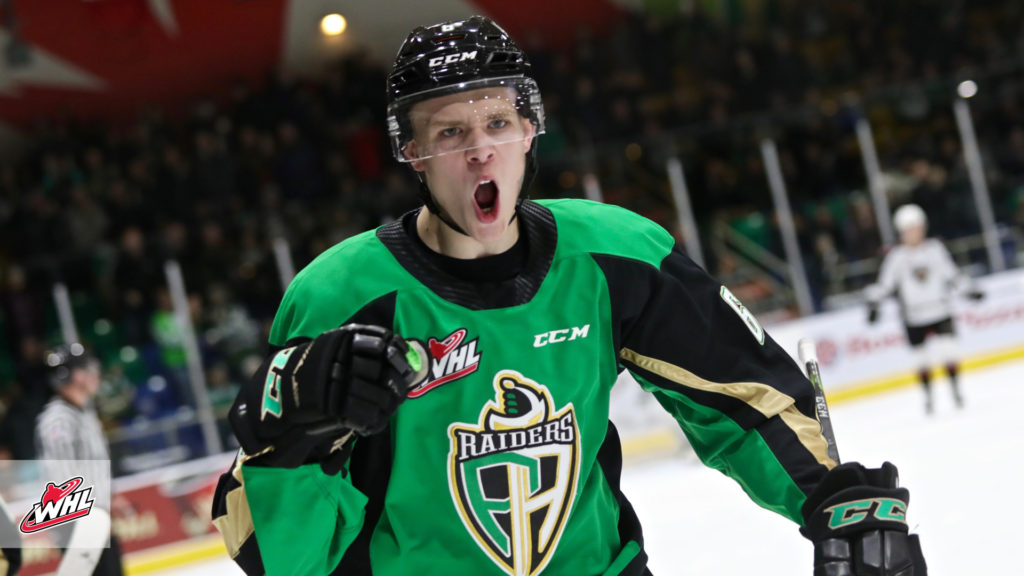 Tuesday’s Western Hockey League action saw three games on the slate, including one of the biggest matchups to date this season. In northern Saskatchewan, the Prince Albert Raiders hosted the Vancouver Giants in the annual rematch of the previous season’s Rogers WHL Championship Series. The game stayed tied until the dying moments until 2020 NHL Draft prospect Kaiden Guhle provided the difference. In the southern part of the province, the Edmonton Oil Kings extended their winning streak to three games in Saskatchewan’s capital. Along the Trans-Canada Highway and one province over, the Medicine Hat Tigers found their way back into the win column at home. 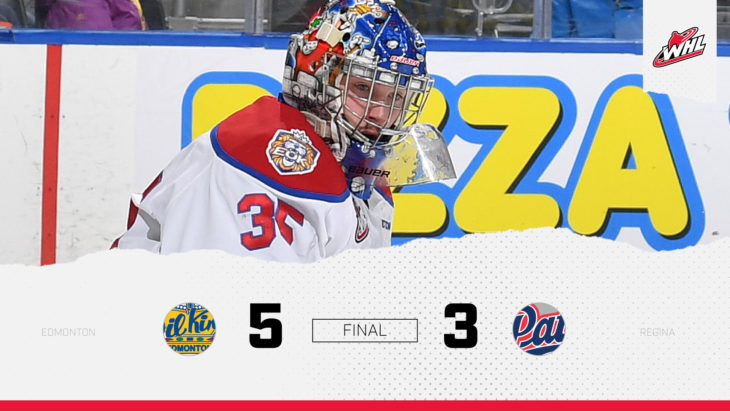 The Edmonton Oil Kings spotted the Regina Pats a three-goal lead before scoring five-unanswered goals in a third-consecutive win Tuesday. Goals from Kyle Walker, Robbie Holmes, and captain Austin Pratt made it an opening 20 minutes to forget for the Oil Kings, but they properly readjusted for the final 40 minutes.

Strikes from Liam Keeler and Jalen Luypen cut the deficit to one after 40 minutes. In the third, Vladimir Alistrov, Ethan McIndoe, and Dylan Guenther scored to overwhelm the Pats. Taking over between the pipes to start the second, Todd Scott stopped all seven shots sent his way to earn his third win of the season.

Twelve different Oil Kings skaters recorded at least a point in the win. 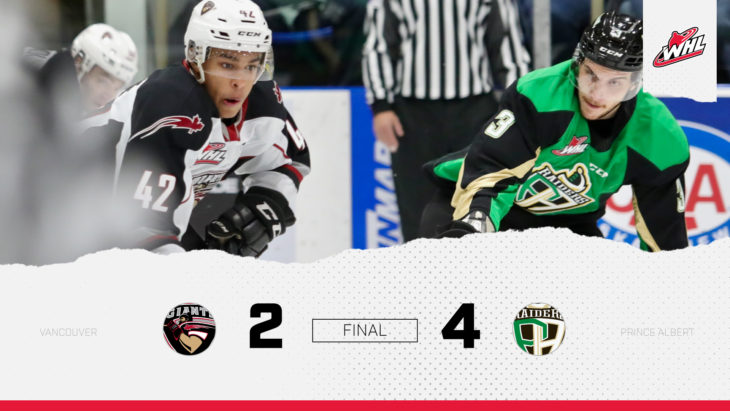 In a rematch of the 2019 Rogers WHL Championship Series, the Prince Albert Raiders once again stayed one step ahead of the Vancouver Giants. The Raiders and Giants seemed destined for another duel in overtime, but 2020 NHL Draft prospect Kaiden Guhle scored with 1:28 left in regulation to lead the home side to a win on home ice.

Justin Nachbaur opened the scoring before 2020 NHL Draft prospect Justin Sourdif tied up the game after 20 minutes. Aliaksei Protas (Washington Capitals) put the Raiders up 2-1 in the second, but Tristen Nielsen pulled the teams back into a dead heat early into the third. A late power play proved beneficial for the Raiders though as Guhle blasted a shot from the top of the zone into the net for his second of the season. Ilya Usau added an empty-net goal to close off the victory.

In the first regular-season start of his WHL career, Saskatoon’s Carter Serhyenko stopped 25 of 27 shots for the victory. 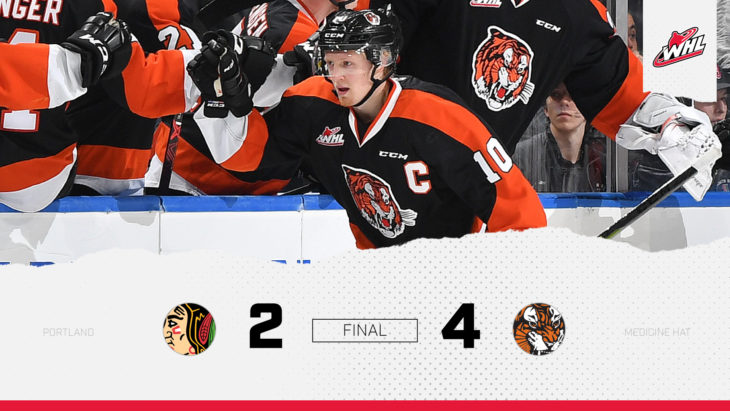 The Medicine Hat Tigers scored three goals in the third period Tuesday, sending them to a 4-2 win against the visiting Portland Winterhawks. 2020 NHL Draft prospect Jonas Brøndberg and teammate Clay Hanus bookended a goal from Tigers captain James Hamblin to give the visitors a 2-1 lead after 40 minutes.

However, the third would see momentum shift as Brett Kemp and Daniel Baker found the back of the net in a four-second span while Trevor Longo added a late goal to double the lead later on. Mads Søgaard (Ottawa Senators) stopped 26 of 28 shots for the win. In his Winterhawks debut, Isaiah DiLaura turned aside 44 of 48 shots.