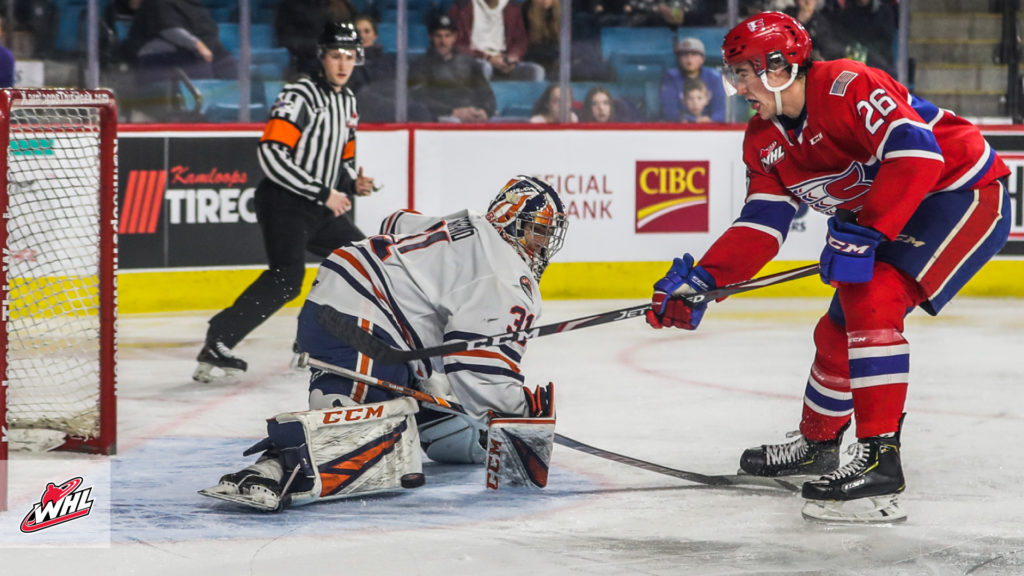 For a second-straight night, all four home teams came out victorious in Western Hockey League action. In a lone Saskatchewan battle, Max Paddock and the Prince Albert Raiders shutout the Victoria Royals. One province over, Ben King pushed the Red Deer Rebels to a late victory against the visiting Brandon Wheat Kings. Also in Alberta, Calgary Hitmen captain Mark Kastelic and teammate Riley Stotts combined for the game-winning goal against the Winnipeg ICE in the final minute of regulation. With just one game on the schedule in the Western Conference, the Kamloops Blazers doubled up the Spokane Chiefs on home ice. 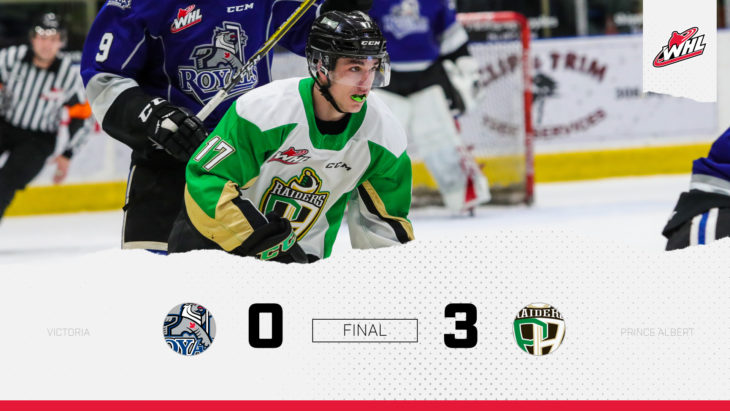 Max Paddock made 17 saves for his first shutout with the Prince Albert Raiders in a 3-0 silencing of the Victoria Royals Wednesday.

Guhle and Usau would each finish with multi-point games in the contest. 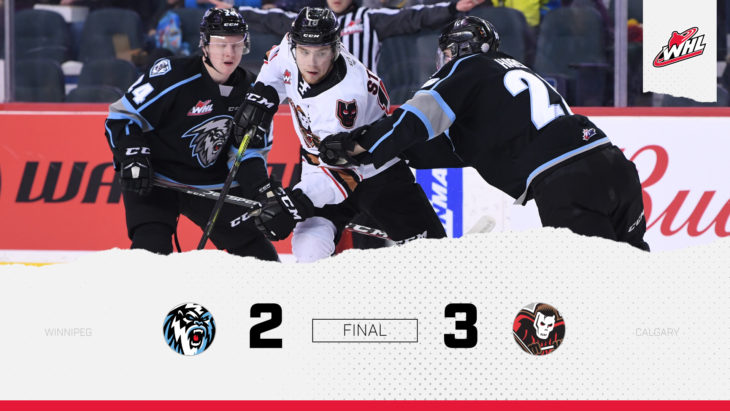 Captain Mark Kastelic (Ottawa Senators) scored in the final minute of regulation to lift the Calgary Hitmen to a 3-2 win against the visiting Winnipeg ICE Wednesday.

Dakota Krebs scored for the second time in as many games to account for the only goal of the first. Conrad Mitchell doubled the Hitmen’s lead in the second until 2020 NHL Draft prospect Benjamin Zloty and Michal Teply (Chicago Blackhawks) brought the ICE back into the game to tie things through 40 minutes.

The Hitmen would find the go-ahead goal in the final minute of regulation. With Riley Stotts (Toronto Maple Leafs) chasing down a loose puck in the ICE zone, he put it out front for Kastelic, who buried the centring opportunity past the goaltender with 43.6 seconds left.

Brayden Peters made 24 saves to collect the win. 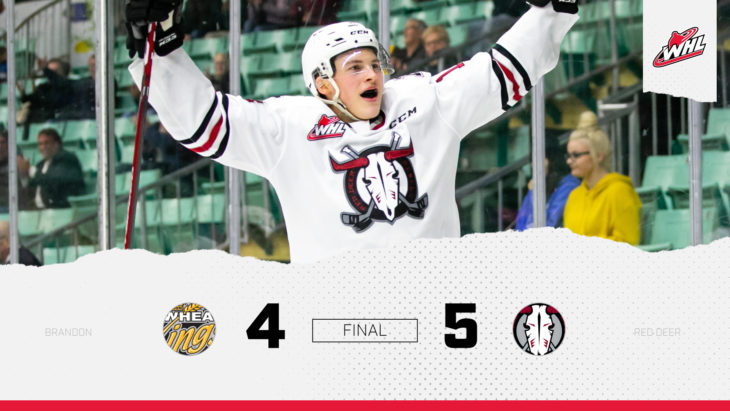 2020 NHL Draft prospect Ben King scored a highlight-reel goal with 2:01 left in regulation to give the Red Deer Rebels a 5-4 win out of a back-and-forth contest against the visiting Brandon Wheat Kings.

Things began to heat up in the third as Luka Burzan (Colorado Avalanche) tied the game before 2020 NHL Draft prospect Christoffer Sedoff pushed the Rebels ahead. With 2:34 left in regulation, Cole Reinhardt placed the teams into another deadlock before Ben King dangled past a defender and scored his 10th of the season to push the Rebels ahead for good just 33 seconds after Reinhardt’s goal.

Ethan Anders made 32 saves for the victory. 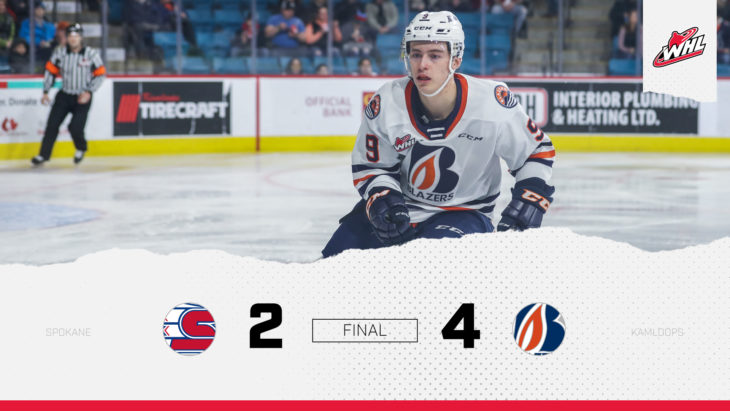 Goals from defencemen featured in the first period as Max Martin opened the scoring, followed by a Filip Kral (Toronto Maple Leafs) goal two minutes later. Brodi Stuart put the Blazers ahead with the only goal of the second and Pillar scored 106 seconds into the third to make it a 3-1 game.

Luke Toporowski brought the Chiefs within a goal minutes later until Blazers’ captain Zane Franklin closed out the win with an empty-net goal.

2020 NHL Draft prospect Dylan Garand made 30 saves in the victory.