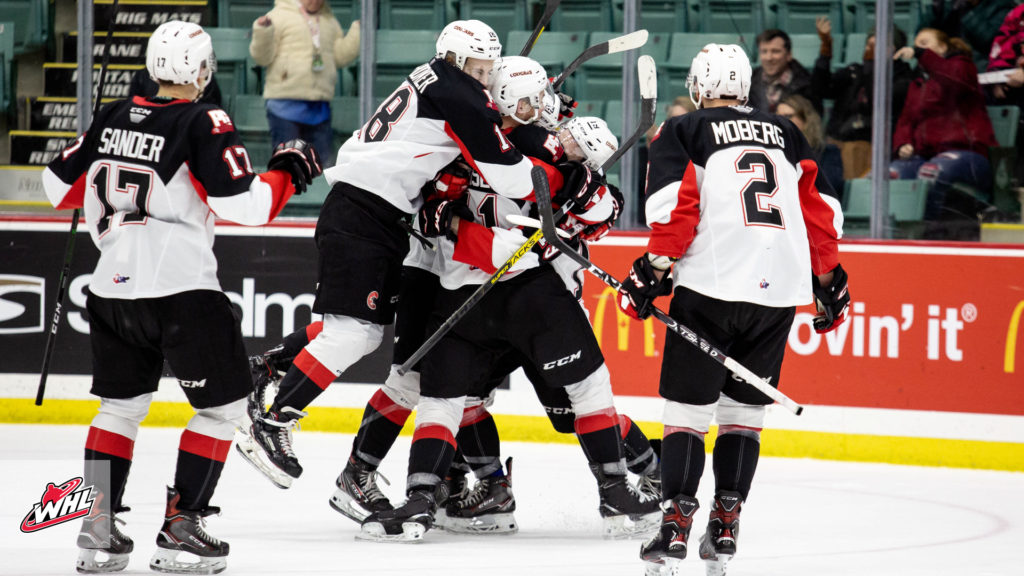 It was not a great night for defences throughout the Western Hockey League as a combined 39 goals were scored by six teams across three games Tuesday. In British Columbia, the Vancouver Giants established a franchise record in a 12-4 win against the Tri-City Americans. In the northern part of the province, a three-goal third period propelled the Prince George Cougars to a 6-4 win against the visiting Seattle Thunderbirds to open two-game set between the two clubs. South of the border, the Spokane Chiefs fended off a furious comeback by the Portland Winterhawks to win 7-6 in overtime. 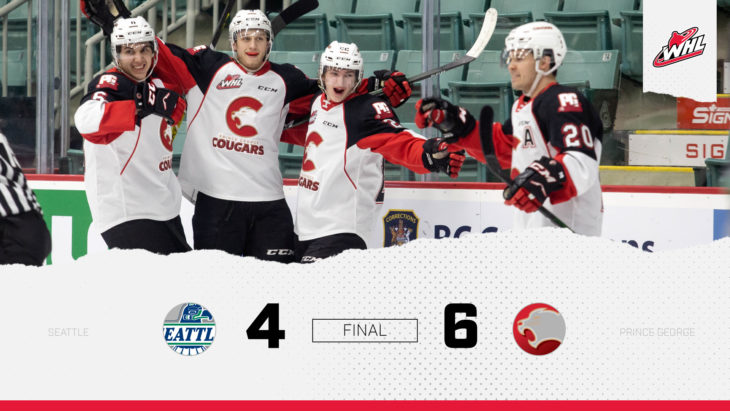 Ethan Browne’s goal with 3:04 left in regulation stood up as the difference as the Prince George Cougars topped the Seattle Thunderbirds by a 6-4 final.

The Cougars opened the game with goals by Vladislav Mikhalchuk, Tyson Upper, and Cole Moberg (Chicago Blackhawks) to take a 3-0 lead early in the second. Seattle struck back though with four-straight goals, initiated by a spin-o-rama goal from Cade McNelly. Keltie Jeri-Leon, captain Conner Bruggen-Cate, and Ryan Gottfried also scored as part of the four-goal surge.

Facing the one-goal deficit, Cougars captain Josh Maser evened up the score before Browne and Connor Bowie scored late to earn the victory.

2020 NHL Draft prospect Taylor Gauthier made 36 saves for the win. 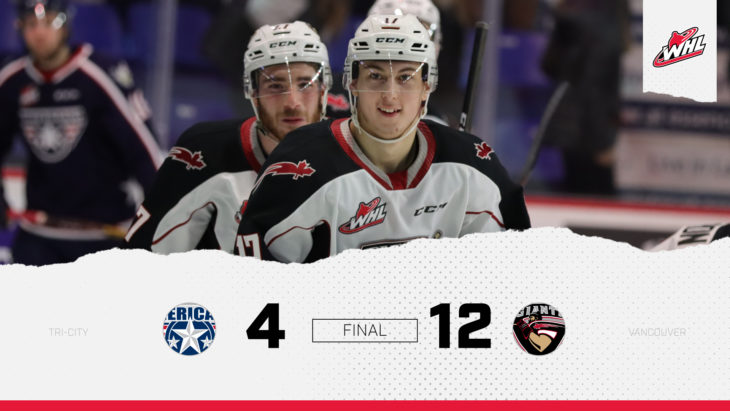 The Vancouver Giants established a franchise record for goals in a single game Tuesday, downing the Tri-City Americans by a 12-4 score.

Michal Kvasnica and Tyler Preziuso each had a pair of goals in the victory, with Kvasnica completing a three-point night. 2020 NHL Draft prospect Cole Shepard also led the way with four assists while Holden Katzalay and Bowen Byram (Colorado Avalanche) each registered a goal and three points.

Kaden Kohle night to remember, scoring the first goal of his WHL career in the victory.

Playing against several of his former teammates, former Vancouver Giants Jadon Joseph scored one of the Americans’ four goals.

Trent Miner (Colorado Avalanche) made 15 saves in the victory. 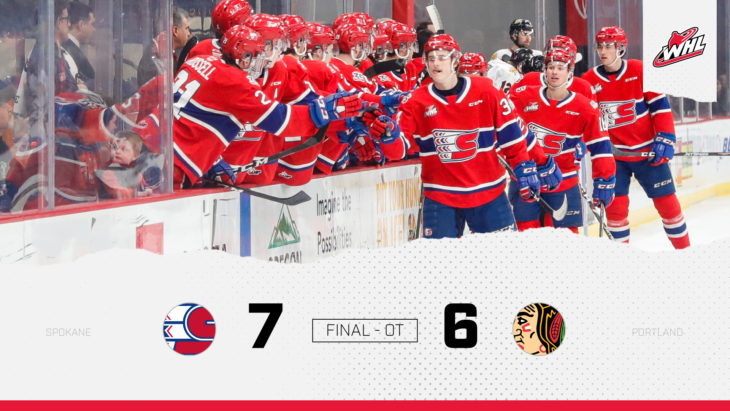 The Spokane Chiefs fended off a late comeback and topped the Portland Winterhawks 7-6 in overtime Tuesday night in Oregon.

Adam Beckman (Minnesota Wild) had the Chiefs up 2-0 through 20 minutes to start the goal-filled contest. In the second, the Chiefs received goals by captain Ty Smith (New Jersey Devils), Eli Zummack, and Leif Mattson, but the Winterhawks woke up and tallied three of their own with Tyson Kozak, Mason Mannek, and captain Johnny Ludvig (Florida Panthers) finding the back of the net.

The Winterhawks continued their furious pursuit of the lead in the third as Jack O’Brien, Reece Newkirk (New York Islanders), and Jaydon Dureau scored while a Cordel Larson goal ensured the teams would end regulation tied 6-6.

That would set the stage for 2020 NHL Draft prospect Jack Finley, who tallied his 13th of the season 4:04 into the extra frame to clinch the victory and the extra point.

Smith, Finley, and Ludvig all finished with a goal and four points in the contest.

Lukáš Pařík (Los Angeles Kings) made 42 saves in the win.