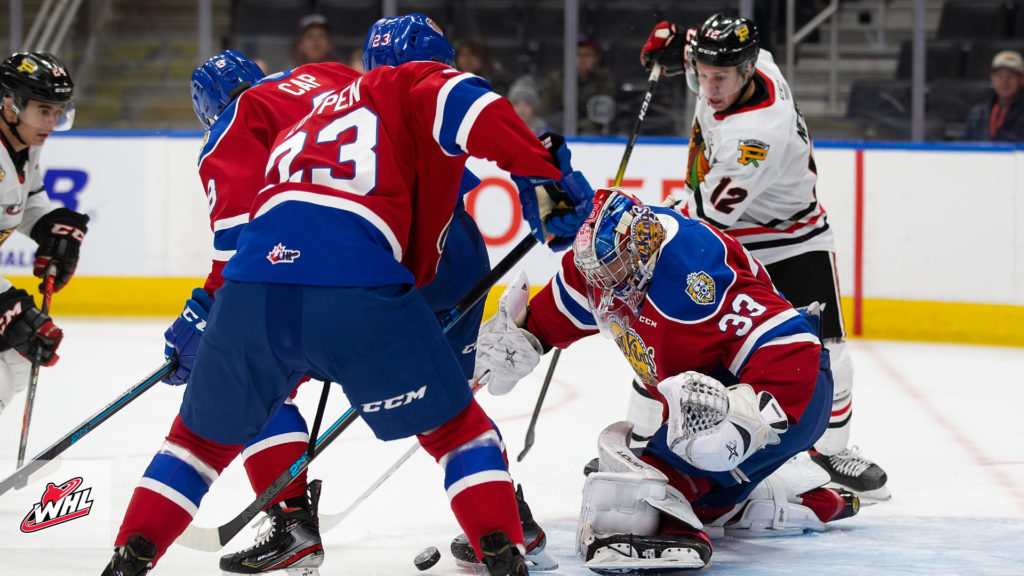 Sunday’s action in the Western Hockey League favoured the Central Division as the Edmonton Oil Kings and Lethbridge Hurricanes both earned victories. In Alberta’s provincial capital, the Portland Winterhawks concluded their six-game road trip through the division with a nail-biting game against the Oil Kings that saw both goaltenders star. In Saskatchewan’s provincial capital, multi-point performances by Oliver Okuliar and Logan Barlage guided the Hurricanes past the Regina Pats as they continued their four-game road trip through the province. 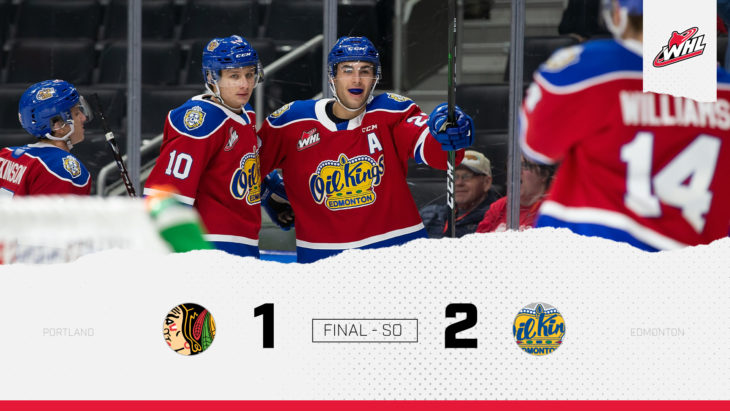 Josh Williams had the lone assist for the Oil Kings while Mason Mannek and Lane Gilliss had helpers for the Winterhawks. In his home debut, Sebastian Cossa stopped 31 of 32 shots for the victory. He added three more stops in the shootout. Joel Hofer (St. Louis Blues) stopped 39 of 40 shots through 65 minutes of play, later stopping two of three shootout attempts. 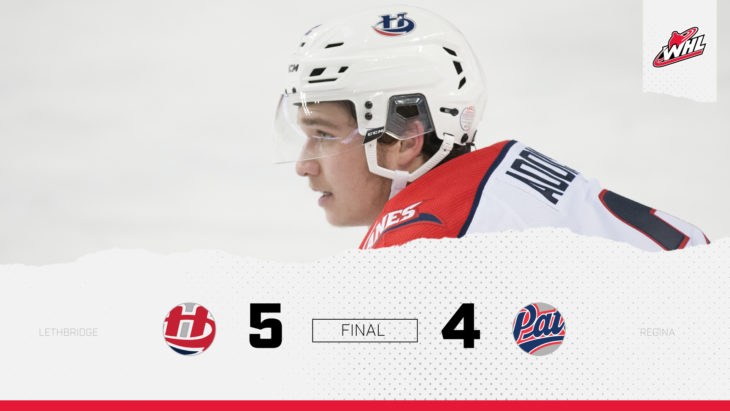 Oliver Okuliar’s second goal of the game stood up as the game winner Sunday as the Lethbridge Hurricanes earned a 5-4 victory against the Regina Pats in Saskatchewan’s provincial capital.

Logan Nijhoff opened the scoring for the home side, but two goals in 16 seconds from Ty Prefontaine and Dylan Cozens (Buffalo Sabres) quickly swung momentum in favour of the Hurricanes. Pats captain Austin Pratt answered back with his fourth of the season to tie up the contest, but Okuliar’s first of the game would give the visitors a 3-2 lead heading into the first intermission.

The scoring picked up again near the midway mark of the second as goals from Ty Nash, Okuliar’s second of the game, and a strike from Cole Dubinsky in a 54-second span made it a 5-3 game in favour of Lethbridge. Ty Kolle would score later in the middle period, but the Pats couldn’t crack the Hurricanes’ defence for the rest of regulation.

Bryan Thomson stopped 22 of 26 shots for the win. Logan Barlage added a pair of assist in the victory.