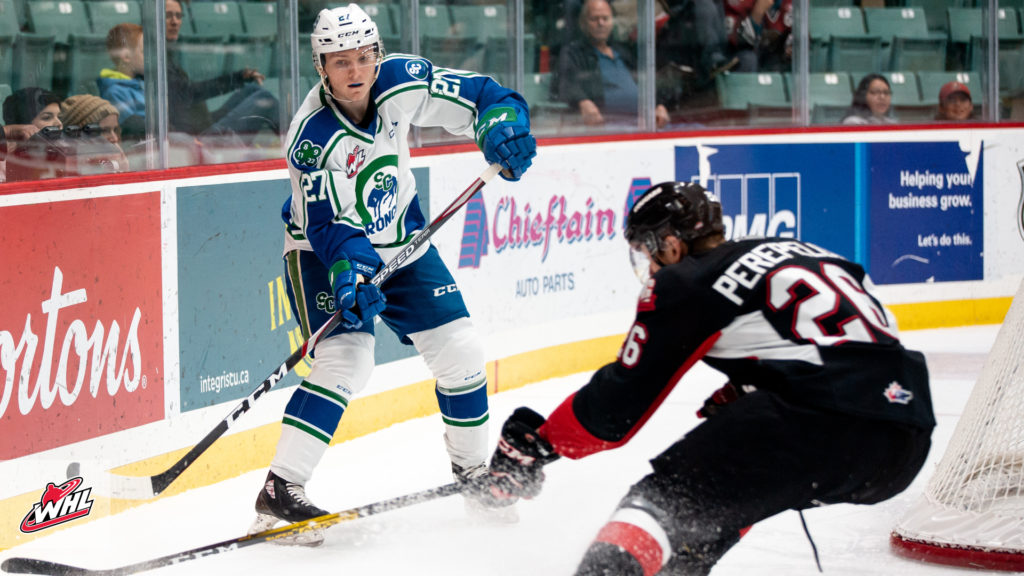 A light four-game schedule of action in the Western Hockey League provided offensive flourishes. In Red Deer, the Lethbridge Hurricanes won a one-goal Central Division battle. One province west, the Swift Current Broncos scored a season-high seven goals to down the Prince George Cougars. In Kennewick, the visiting Brandon Wheat Kings became the second team to put up double-digit goals in a game this season, thrashing the Tri-City Americans. Also in Washington, the Seattle Thunderbirds handed the Prince Albert Raiders their first regulation loss of the 2019-20 WHL Regular Season. 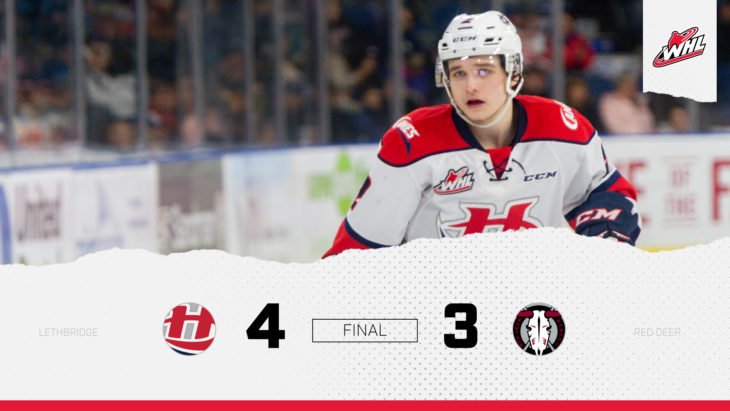 Dino Kambeitz and Koletrane Wilson each had a goal and an assist as the Lethbridge Hurricanes edge the Red Deer Rebels by a 4-3 score Tuesday. After Kambeitz put the Hurricanes up 1-0 after 20 minutes, Jayden Grubbe responded early in the second with the first goal of his WHL career to put the Rebels on the board.

Less than two minutes later, Justin Hall restored the one-goal lead for the Hurricanes and goals from Wilson and Okuliar rounded out all the offence the Hurricanes would need. Zak Smith scored twice to make the game close late, but the home side couldn’t find the equalizer.

Alex Cotton had a pair of assists from the blue line while Brett Davis had three helpers for the Rebels. 2020 NHL Draft prospect Bryan Thomson stopped 26 of 29 shots for the victory. 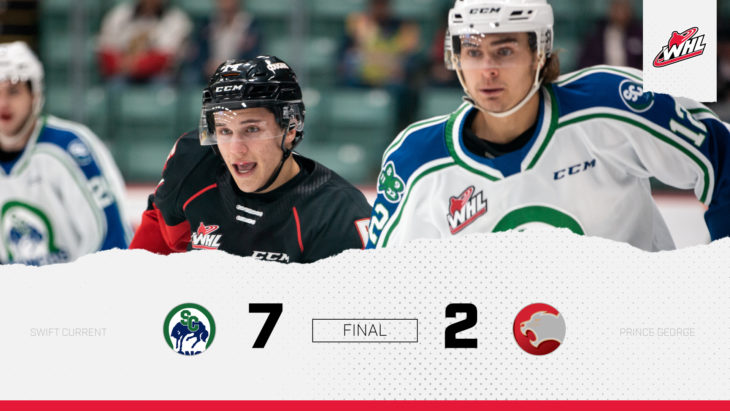 Joona Kiviniemi led an offensive showcase for the Swift Current Broncos with the first hat trick of his WHL career Tuesday in a 7-2 win against the Prince George Cougars. Ben King and 2020 NHL Draft prospect Kasper Puutio each contributed three assists in the win.

Hendrik De Klerk, a product of Swift Current, Sask., notched the first goal of his WHL career for his hometown team, finishing with a two-point night. Aiden Bulych also found the back of the net as part of a two-point night. Matthew Culling and Hayden Ostir also scored for the Broncos.

Reid Perepeluk and Filip Koffer scored for the Cougars. Isaac Poulter stopped 31 of 33 shots for the victory. 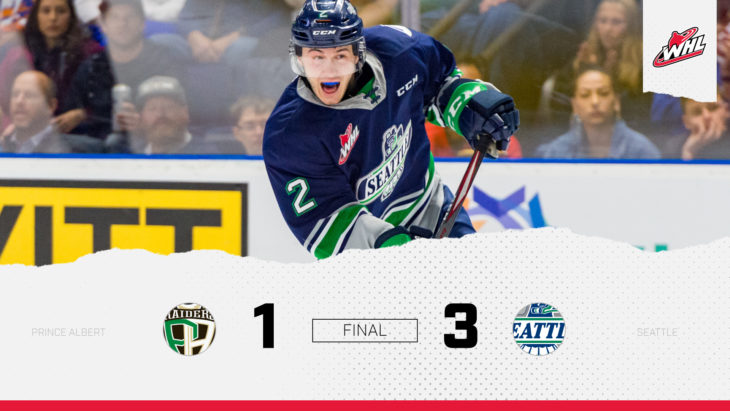 In a matchup of WHL Champions from 2017 and 2019, the former prevailed as the Seattle Thunderbirds downed the Prince Albert Raiders 3-1 Tuesday.

Simon Kubicek scored in the first, Lucas Ciona scored the first goal of his WHL career in the second, and Andrej Kukuca buried an empty-net goal in the third. Brayden Watts had the lone goal for the Raiders. Roddy Ross (Philadelphia Flyers) stopped 24 of 25 shots for the victory. 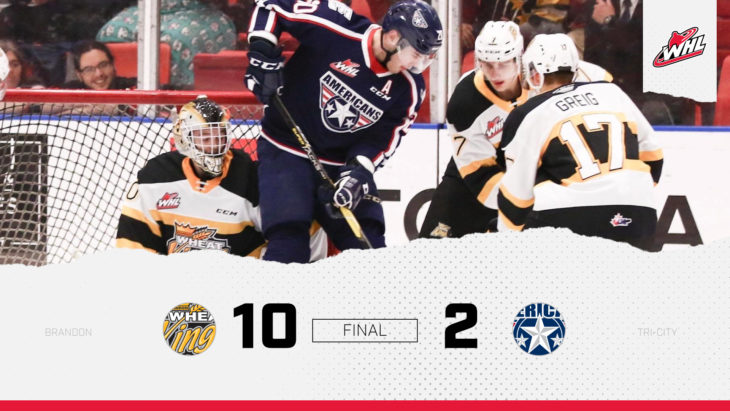 The Brandon Wheat Kings surged offensively Tuesday, scoring a season-high 10 goals to win 10-2 over the Tri-City Americans.After scoring three goals in the first, the Wheaties struck five times in the second and twice in the third.

Jonny Hooker and Lynden McCallum each scored twice with McCallum adding an assist for the three-point night. Ben McCartney and Luka Burzan (Colorado Avalanche) also posted three points in the game, scoring once and adding a pair of helpers. Dom Schmiemann had three assists for the Wheat Kings in his return to Kennewick.

Captain Connor Gutenberg, Cole Reinhardt, Jonny Lambos, and Marcus Sekundiak also scored in the win. In 40 minutes of action, Ethan Kruger stopped 17 of 18 shot for the victory. Edge Lambert and Marc Lajoie scored for the Americans.