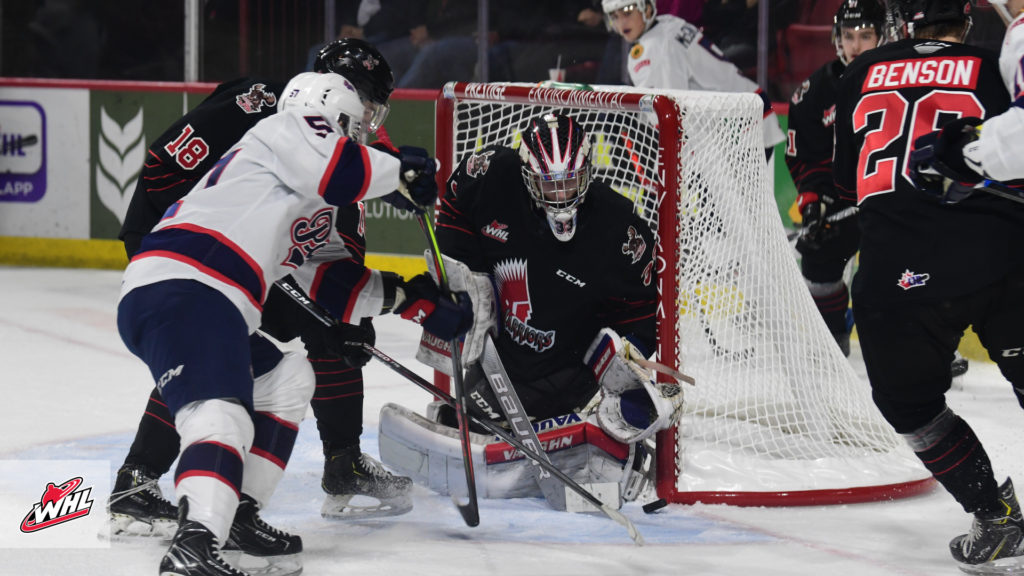 Sunday’s Western Hockey league action saw four games on the schedule. In Saskatchewan, it was a tale of two games as the Moose Jaw Warriors started strong and shutdown the Regina Pats. The Brandon Wheat Kings saved their best part of the game for last, rallying for the shootout victory against the Saskatoon Blades.. In Alberta, the Calgary Hitmen continued to provide a rough welcome to the Wild Rose province for the Portland Winterhawks. In Washington State, the Everett Silvertips continued to roll on the road against the Spokane Chiefs. 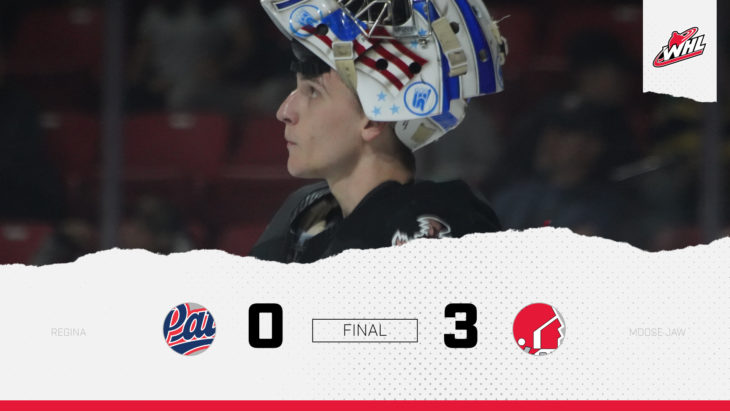 Bailey Brkin was a brick wall for the Moose Jaw Warriors Sunday, stopping all 19 shots for his second shutout of the season in a 3-0 win over the Regina Pats. The Warriors scored three times in the first, receiving goals from Owen Hardy, Carson Denomie, and Eric Alarie before shutting things down in the final 40 minutes. 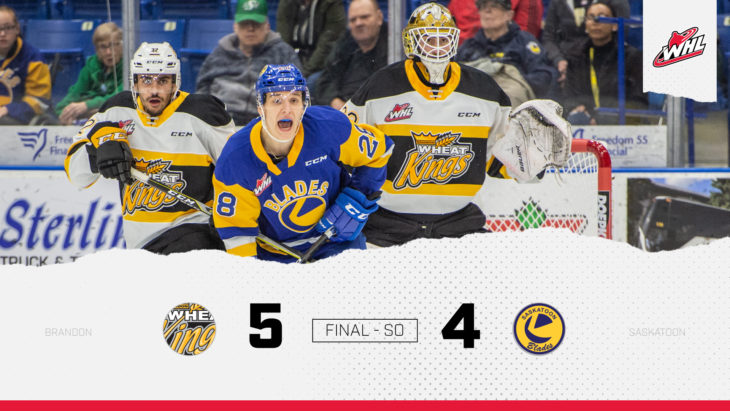 The Brandon Wheat Kings scored twice in the final 65 seconds of regulation then completed the 5-4 comeback win in the shootout Sunday against the Saskatoon Blades. With 4:18 left in regulation, Riley McKay put the Blades up 4-2 after Tristen Robins, Zach Huber, and Kyle Crnkovic had scored, seemingly putting the game out of reach. Lynden McCallum and Ridly Greig had the goals for Brandon up to that point.

Late in the contest, Greig potted his second of the night and captain Connor Gutenberg scored his first of the season to push the game into overtime. After a scoreless extra period, Greig and Luka Burzan (Colorado Avalanche) had the only two goals of the shootout to earn the extra point. Jiri Patera (Vegas Golden Knights) stopped 26 of 30 shots in regulation and overtime, also stopping both shootout attempts from the Blades. 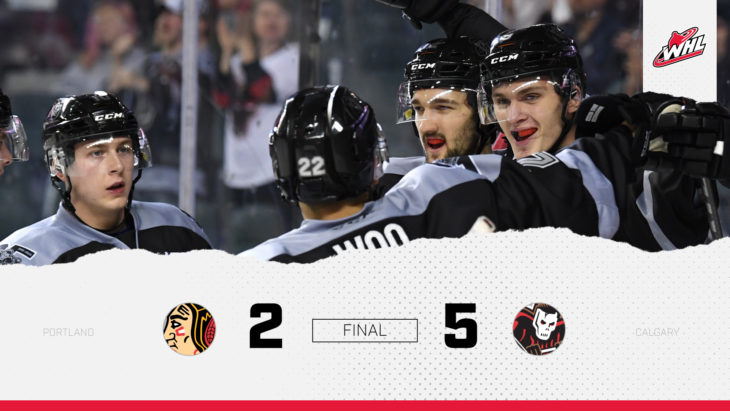 The Calgary Hitmen used a three-goal first period to remain undefeated at home in the 2019-20 WHL Regular Season Sunday, earning a 5-2 win against the Portland Winterhawks. Goals from Egor Zamula (Philadelphia Flyers), Jett Woo (Vancouver Canucks), and Orca Wiesblatt featured in the opening period while Josh Prokop and Tye Carriere added goals in the second and third period; respectively. In his season debut, captain Mark Kastelic (Ottawa Senators) picked up an assist while Jack McNaughton stopped 31 of 33 shots for the victory.

Jack O’Brien’s first goal of his WHL career and Seth Jarvis’ first of the season accounted for Portland’s offence Sunday. 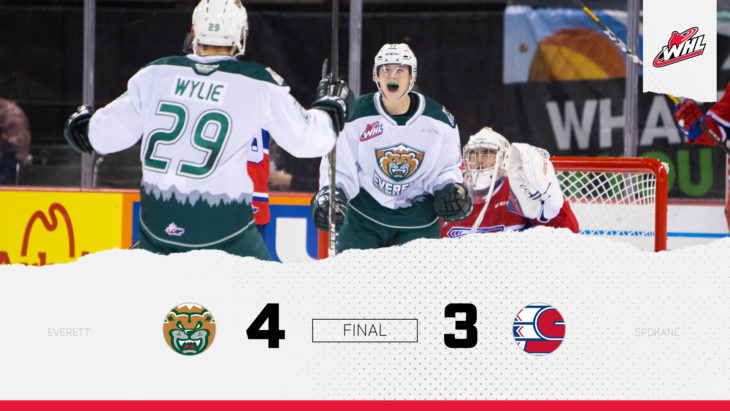 Bryce Kindopp registered his third multi-goal game of the season, breaking open a 3-3 deadlock early in the third to lift the Everett Silvertips past the Spokane Chiefs Sunday. Kindopp opened the scoring, but the Chiefs responded with goals from Bear Hughes and Adam Beckman (Minnesota Wild) to take the lead early in the second. Jacob Wright tied the game up later in the period, but Brandon Reller responded with his own first career WHL goal to put the Chiefs ahead after 40 minutes.

Starting the third down 3-2, Brendan Lee notched his first career WHL goal to tie up the game before Kindopp put the Silvertips ahead for good. Keegan Karki stopped 27 of 30 shots for the first win of his WHL career. Michal Gut posted three assists in the win.