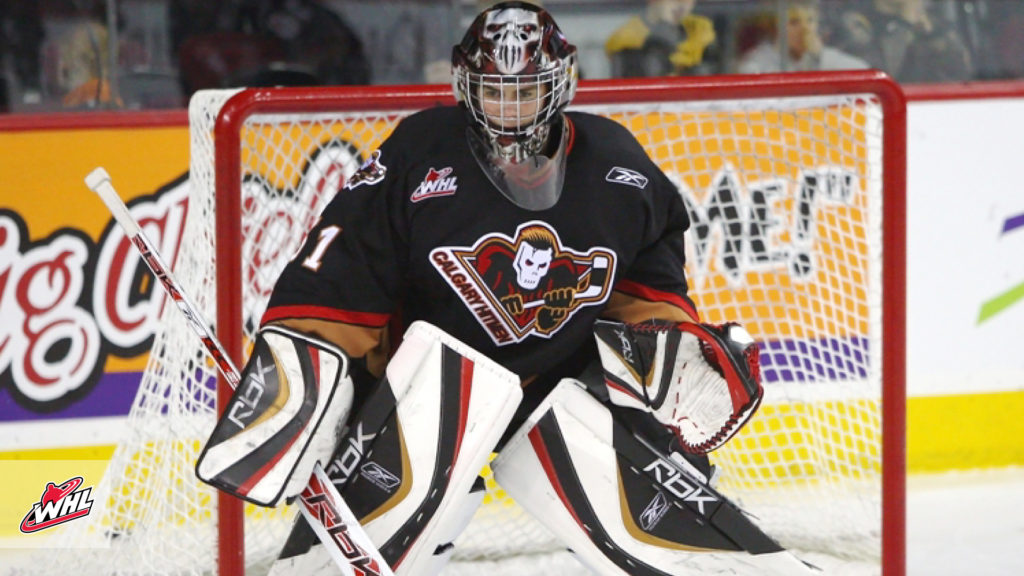 Throughout his life, Martin Jones has never been too far from the National Hockey League.

As a kid, the North Vancouver, B.C. product lived close to the home of the Vancouver Canucks. When the Calgary Hitmen selected him in the fourth round of the 2005 Western Hockey League Bantam Draft, he became an eventual mainstay for four seasons just steps from where the Calgary Flames operated.

Now at the start of his fifth season with the San Jose Sharks and his seventh in the NHL, it’d feel weird not to see Jones in an NHL rink.

As close as the literal path to the NHL may have been during his formative years, the figurative path is one that has taken much longer. Still, the journey has been part of the process and well worth it for Jones in the long run.

“I really liked just being around NHL teams,” the 29-year-old Jones said. “We got to watch them practice or pre-game skate always before our practices.

“It was just cool to be in an NHL rink and then to watch those guys a little bit.”

Through four years and 194 WHL regular season and playoff games, Jones worked his way up with the Hitmen, taking on full-time duties in the 2008-09 WHL Regular Season. He rewarded the Hitmen’s faith in him by posting a 45-5-3-1 record, 2.08 goals-against average, 0.915 save percentage and seven shutouts to stand among the league leaders.

As the Hitmen take time to reflect on their journey that has been 25 years in the making, Jones considers himself fortunate to have spent a key part of his hockey career there.

“The program there, when I was there, was run just like a pro team,” Jones said. “Everything was really professional. It’s easy to grow as a play when you’re in that environment. It was just a good organization.”

In addition to being crowned a WHL Champion in 2010, Jones was named the recipient of the Del Wilson Memorial Trophy as the WHL’s Goaltender of the Year and the Most Outstanding Goaltender at the Memorial Cup that same season.

The following fall, Jones made his professional hockey debut. While he had signed an entry-level contract with the Los Angeles Kings, he didn’t make his NHL debut until the 2013-14 season after three full seasons in the American Hockey League. Even then, Jones had to wait until the next season to stick with the team on a full-time basis.

The same patience Jones brought to his professional hockey career was fostered by his time with the Hitmen, where his workload gradually increased until he played a career-high 55 regular season games in 2008-09 and all 23 games of their run in the 2010 WHL Playoffs.

“[It’s] tough to come in as a 16-year-old and play a ton of games, but I got to have some experience at an NHL camp, a couple years of experience in the league,” Jones said. “You grow a lot. Obviously, at that age, you’re developing a lot. It’s just time and maturity I think.”

Experiences have proven Jones wise throughout his years. From being a part of the Hitmen team in 2010, Jones was a part of the Kings’ Stanley Cup Championship in 2014. In his first season with the Sharks, Jones returned to the Stanley Cup Final.

“When you’re in the game and just how the games are going, you could definitely feel it,” Jones said of the feel to the Hitmen’s second WHL Championship. “It’s exciting on any team when you feel like you have a chance to win a championship.”

Set to turn 30 this coming January, Jones is still focused on constant improvement in his game. It’s what guided him through his time with the Hitmen, the Manchester Monarchs, and from the Kings to the Sharks. Still, he’s determined to find more success in the short and long term.

“It’s hard work, but it’s a lot of fun. I’m going to try and continue to grow here.”