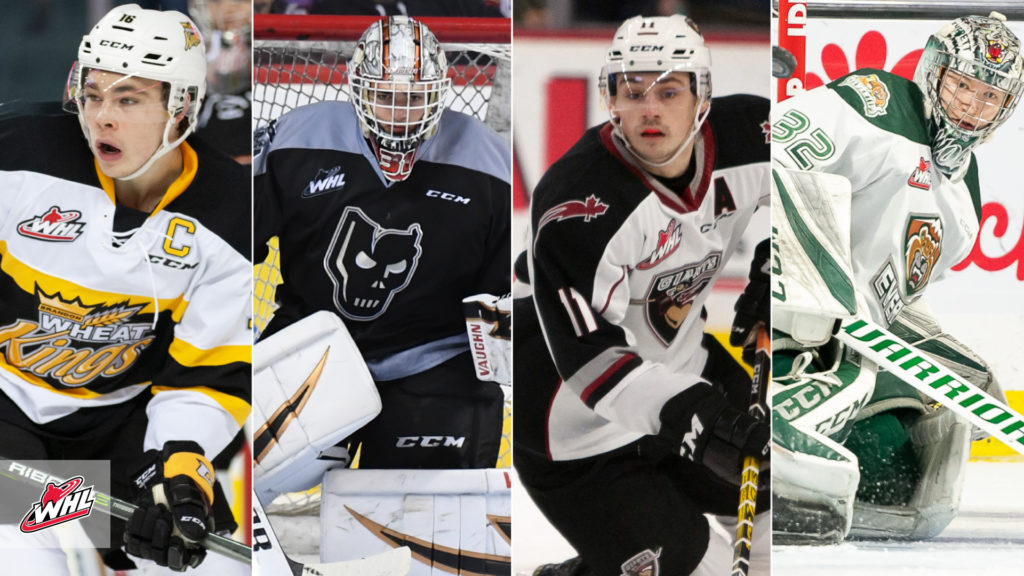 Over the course of the entire schedule of a regular season in the Western Hockey League, offensive oddities are bound to happen.

That was reaffirmed in a 12-goal showing by the Vancouver Giants at home Tuesday, marking the eighth instance of a team reaching double-digit goals this season. With roughly 200 games left on the schedule for the 2019-20 WHL Regular Season, it stands to reason that it could happen a few more times down the stretch.

From the previous 10 seasons, it’s already the fourth to feature eight or more showings of a team reaching or surpassing the 10-goal mark. However even the best showing from the past 24 campaigns wouldn’t hold a candle next to the WHL record.

In five days, the Medicine Hat Tigers will be able to reminisce about the night in 1984 when they set the current WHL record for goals in a game, scoring 19 times against the Winnipeg Warriors.

Even this year’s best showing, which has come via the Giants’ 12 goals on Tuesday and another 12-goal performance by the Kamloops Blazers on January 17 at home, barely outshines the WHL record for goals in a single period by one team. In the league’s inaugural season, the Estevan Bruins put up 11 goals during the second period of an 18-2 win against the Calgary Buffaloes. That feat was later matched by the Blazers on February 7, 1992 in the second period of a 13-0 win over the Tacoma Rockets.

Depending on how useful you consider this stat, last Saturday’s WHL action marked the third instance of a peculiar feat this season.

With shutouts by Jack McNaughton from the Calgary Hitmen and James Porter Jr. with the Spokane Chiefs, it signified the third time this season that a pair of goaltenders with the same first letter in their first name have earned clean sheets on the same day. The others you ask? Shutouts by Dylan Garand and Dustin Wolf on January 19, 2020 as well as the night before when Wolf and Dante Giannuzzi silenced their opponents.

As quirky as that might be, it doesn’t compare to January 25, 2019, when Wolf, Dean McNabb, and Dylan Ferguson all recorded shutouts on the same night.

Combining our love of name symmetry, we’re flashing back to the four-straight goals scored by three different Conner/Connor’s during a 11:09 span of game play on January 10 between the Seattle Thunderbirds and Tri-City Americans.

Pressing on, there is an important date that sticks out in our mind. February 6, 2000 was a normal Sunday with five games on the WHL schedule.

The stars aligned to produce a goal or multiple goals by players whose first name started with the letter J in each of the five games.

Jarret Thompson and Jamie Lundmark powered the Moose Jaw Warriors to a 3-0 win over the Saskatoon Blades. Josef Balej and Jason Hegberg traded goals in the third period of a 3-1 win for the Portland Winterhawks against the Lethbridge Hurricanes. Justin Wallin then scored Red Deer’s lone goal in a 3-1 loss to the Calgary Hitmen.

As the Kootenay ICE cruised to a 6-4 win against the Regina Pats in the Queen City, Jarret Stoll scored once and Jaroslav Svoboda struck twice to boost the ICE to a 3-0 lead. Wrapping up the quirky night of WHL action, Jason McKee scored his 12th goal of the season in a 4-0 win for the Seattle Thunderbirds against the Kamloops Blazers.

As the season enters its final stretches, fans from all teams begin to ponder where they stand when it comes to earning a place in the WHL Record Book.

This week, we’ll check in with a recently-established record and a bit of a mid-range record.

During the 2017-18 WHL Regular Season, the Brandon Wheat Kings became the first WHL team in league history to post double-digit overtime victories in a season when they recorded 10. That topped the 2004-05 Wheaties and 1989-90 Winterhawks, who each had nine during their respective seasons.

With 19 games left in their season, the Kelowna Rockets have six overtime victories, picking their last two up on back-to-back days after defeating the Seattle Thunderbirds and Giants. The Prince Albert Raiders and Hitmen have also emerged as challengers with five each this season.

Back in the 2003-04 WHL Regular Season, the Rockets carved out a WHL record that will look to stand the test of time for another year. Backed by a combined 14 shutouts from their goaltenders, the Rockets allowed just 125 goals that season across 72 games.

The Everett Silvertips gave it a good run in 2018-19, giving up 130 goals over 68 games and are trying to challenge that number once again with 115 goals against through 47 games. Barring an incredible shutout streak by the Silvertips, it appears the record set by the Rockets will stand for another season.