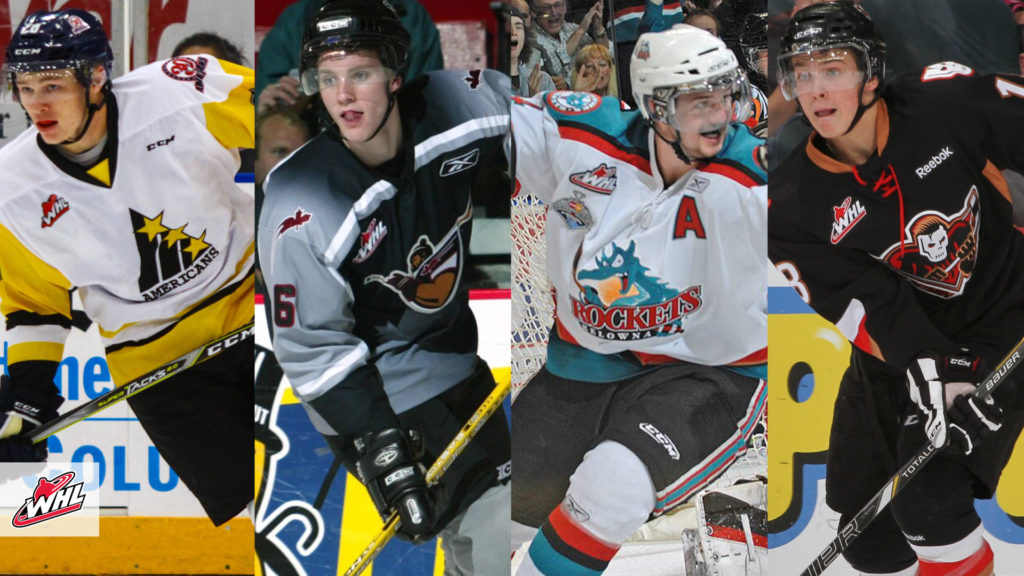 On Tuesday night Dallas Stars forward Jamie Benn potted a hat trick over the Carolina Hurricanes. Since starting the season, the Stars have been red hot on the back of Benn’s 31 points (18G-13A) in 57 games. The product of Victoria, B.C. spent two seasons with the Rockets, helping the Club to a WHL Championship in 2009, tallying 33 points (13G-20A) in 19 playoff games. Since going pro, the 30-year-old won a gold medal at the 2014 Winter Olympic Games with Team Canada and the Art Ross Memorial Trophy in 2015 after leading the NHL in points with 87 (35G-52A). Benn currently sits on 299 goals in the NHL so look for him to aim to hit 300 over the weekend.

Calgary Hitmen alumni Jake Virtanen has found his stride, already setting a career high in points only half way through the season. This year the product of New Westminster, B.C. has 32 points (16G-16A) in 58 games. Prior to joining the Canucks, Virtanen spent three seasons in the WHL, tallying 161 points (85G-76A) in 192 regular season games. Look for the 23-year-old to continue his hot play as the Pacific Division-leading Canucks aim to lock down their first division banner since they won the Northwest Division in the 2012-13 NHL regular season. Check out this marker Virtanen produced in the Canucks beautiful retro jersey against the Nashville Predators.

On Sunday night, former Prince George Cougars defenceman Zdeno Chara played in his 1,500th game in the NHL. Chara has spent the last 14 seasons with the Boston Bruins, helping the team to a Stanley Cup win in 2011. Chara has shown this season that the 42-year-old still can compete with the game’s elite. The defenceman has 13 points (5G-8A) in 56 games as the Bruins sit first in the Atlantic Division.

Now in his second season with the Charlotte Checkers in the American Hockey League, former Tri-City Americans forward Morgan Geekie has had a successful second season. The product of Strathclair, Man. rode a Checkers franchise record 13-game point streak from January 8 through February 11. During the span, Geekie notched 18 points (11G-7A). Geekie will continue to make a push to crack the Hurricanes roster as the forward sits with 35 points (18G-17A)  on the season. Geekie’s younger brother, Conor, was selected second overall at the 2019 WHL Bantam Draft by the Winnipeg ICE and will look to leave his mark in the WHL.

Edmonton Oilers forward Leon Draisaitl has taken his game to the next level as the Oilers forward already sits on 90 points (32G-58A) in only 57 contests. With 25 games left on the year, the former Kelowna Rockets and Prince Albert Raiders forward is on pace to surpass his point total from last season of 105 points (50G-55A).

Leon Draisaitl is the fourth player in the last 20 years to record 90 points through 57 games of a season or fewer. The others:

The Oilers have found success pairing Draisaitl along side a pair of WHL Alumni with former Spokane Chiefs forward Kailer Yamamoto and Red Deer Rebels alumnus Ryan Nugent-Hopkins. Together, the line has clicked with Nugent-Hopkins tallying 17 points (7G-10A), Draisaitl notching 27 points (9G-18A) and Yamamoto picking up 13 points (6G-7A) since January 2.

Since being put together on a line on January 2nd, Ryan Nugent-Hopkins, Leon Draisaitl & Kailer Yamamoto have ignited the #Oilers offence pic.twitter.com/ndeMKHqjaE 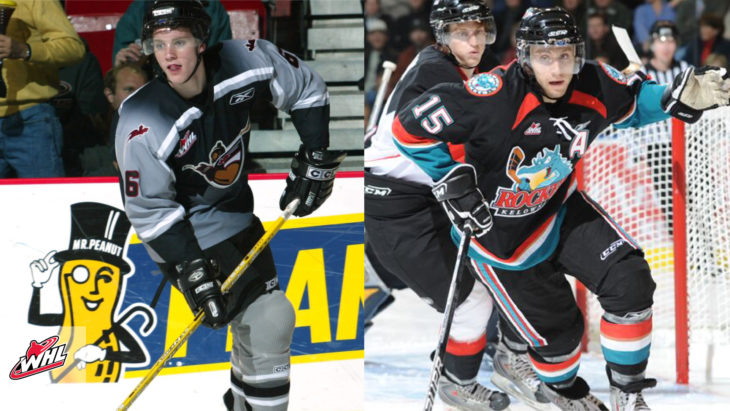 This week featuring on the Overseas Spotlight are teammates Cody Franson and Brandon McMillan who both played a key role in Avangard Omsk’s victory in Kontinental Hockey League (KHL) action. Franson picked up two assists while McMillan added a goal in the  5-2 win over Admiral Vladivostok. Franson had a successful four seasons with the Giants, helping the team to a WHL Championship win in 2006 and a Memorial Cup in 2007. In his WHL career, he tallied 119 points (34G-85A) in 199 regular season contests. McMillan also enjoyed a successful WHL career with the Rockets. The product of Delta, B.C. played in 251 WHL regular season games, notching 169 points (56G-113A). The speedy centre played a key role for Kelowna in the Club’s WHL Championship win in 2009. Look for this WHL duo to continue to produce this season for Avangard.