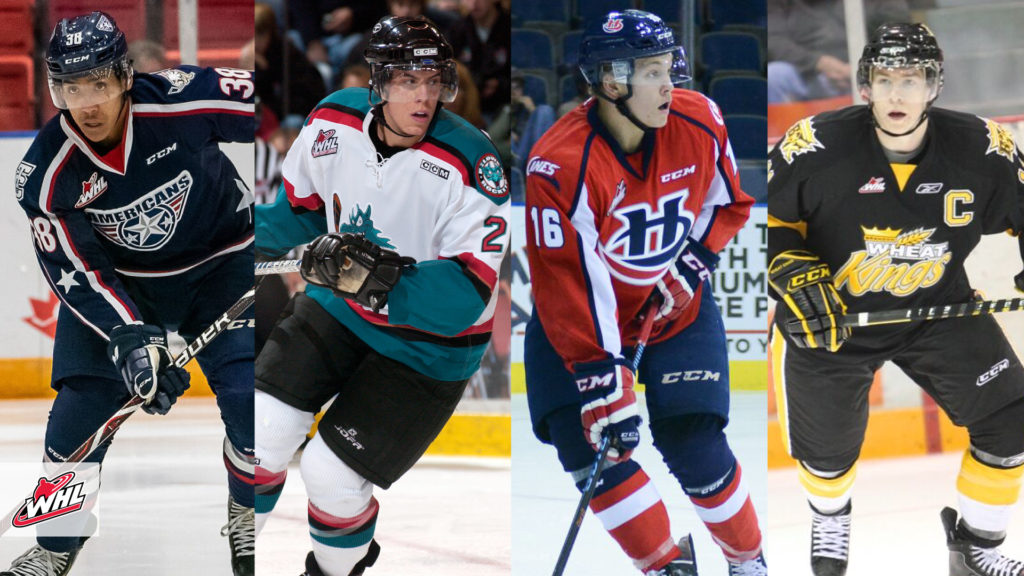 Who to watch at the 2020 NHL All-Star Game in St.Louis

With the NHL All-Star Weekend festivities kicking off on Friday night, keep your eyes peeled for the six WHL Alumni taking part in the game this year. Leading the way is the Metropolitan Division, with four WHL Alumni looking to bring home a weekend win. On the team is New York Islanders and former Seattle Thunderbirds forward Mathew Barzal, Columbus Blue Jackets and former Portland Winterhawks defenceman Seth Jones, Pittsburgh Penguins and former Edmonton Oil Kings goaltender Tristan Jarry and Washington Capitals and former Saskatoon Blades goaltender Braden Holtby. Also featuring in the event will be former Kelowna Rockets forward Leon Draisaitl of the Edmonton Oilers for the Pacific Division and former Rockets defenceman Shea Weber from the Montreal Canadiens for the Atlantic Division. The skill contests are set for Friday night so look for Weber to reclaim his hardest shot title. The product of Sicamous, B.C. previously won the event in 2016. Three-on-three tournament festivities start on Saturday, January 25 (6:15 p.m. MT) with the Atlantic squaring off against the Metropolitan.

Moving up the charts in Chicago

With an assist on Caggiula's goal, Duncan Keith has passed Jeremy Roenick for sole possession of 10th on the franchise career points list!#Blackhawks pic.twitter.com/wMD1BrMM3A

This week Kelowna Rockets alumni Duncan Keith passed Jeremy Roenick for 10th all-time on the Chicago Blackhawks scoring list.  The 36-year-old, now in his 15th season with the Blackhawks, has nearly checked every box in his career.  The defenceman won three Stanley Cups in 2010, 2013 and 2015, captured the Norris Memorial Trophy in 2010 and 2014, and the Conn Smythe Memorial Trophy in 2015. Keith has also captured two Olympic gold medals with Canada at the 2010 and 2014 Winter Olympic Games. The product of Winnipeg, Man. spent one season with the Rockets in the 2002-03 season and played a key role for Kelowna in the team’s WHL Championship win.

Remember when we mic’d up Calvy for a PeeWee practice?

Well, he pretty much never stopped making random sounds… so we compiled the best for you.#GoAvsGo pic.twitter.com/kfB5EzkXoR

Earlier this season former Brandon Wheat Kings forward Matt Calvert got mic’d up for a peewee practice he and his Colorado Avalanche teammate Samuel Girard attended. Already on pace to surpass his point total from last season, you can see Calvert is enjoying his game. This year the product of Brandon, Man. has registered 24 points (12G-12A) in 42 games. With the Avs looking to make a big run for the Stanley Cup this season, look for the former Wheatie to play a big role for the team. 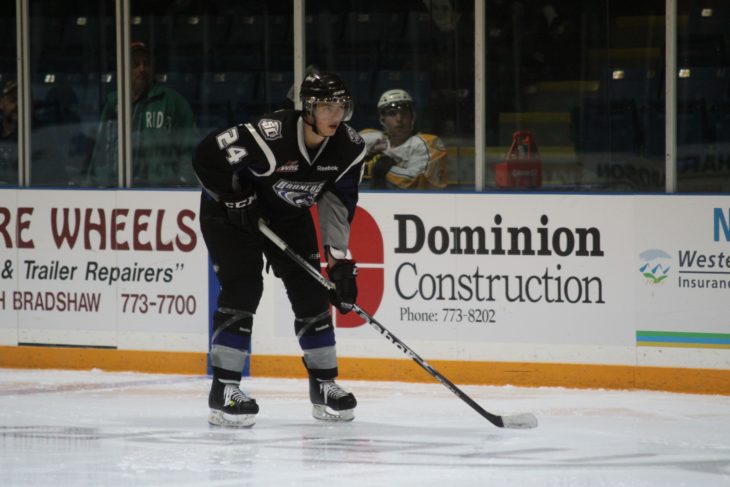 Richard Nedomlel of HK Hradec Kralove is set to gear up in the Champions League Final on Tuesday, February 4 (2:45 p.m. MST). The product of Praha, Czech Republic spent three seasons in the WHL with the Swift Current Broncos between 2011-13. While with the team, the 6-foot-4, 234-pound defenceman tallied 84 points (17G-67A) in 210 regular games. Now in his second season with HK Hradec Kralove, the 26-year-old is poised to play a big role on the defensive end in the final against the Frölunda Indians.

The UBC Thunderbirds pulled off back-to-back wins against the visiting Manitoba Bisons in a fifth versus sixth game in Canada West action. Playing a key role in both wins for UBC was former Vancouver Giants and Kootenay ICE forward Austin Vetterl. The product of Surrey, B.C., now in his fifth year at UBC, has tallied 109 points (37G-72A) in 130 regular season U SPORTS games. Vetterl potted three goals in two games including the overtime goal on January 18th, giving UBC the weekend sweep.

In the fourth seed in Canada West are the Mount Royal Cougars who picked up the weekend sweep over the Regina Cougars. Playing a key role in both games was former Broncos and Lethbridge Hurricanes forward Ryley Lindgren who potted five points (2G-3A) over the weekend. Lindgren, now in his second year at Mount Royal, spent four years in the WHL spending time the Wheat Kings, Hurricanes and last with the Broncos. The product of East St. Paul, Man. played in 259 regular season games in the WHL, notching 167 points (69G-98A). The 5-foot-11, 194-pound forward is having a career season, registering 23 points (13G-10A) in 22 games. With the Crowchild Classic match on the horizon next week against the University of Calgary Dinos, look for the Cougars to have a big weekend in their home-and-home series against the Lethbridge Pronghorns.

Moving up the U SPORTS national rankings this week are the Ryerson Rams of the Ontario University Athletics (OUA) Conference. The Rams have rattled off three straight wins while going 8-2 in their last 10 games. Featuring on Ryerson’s roster is former Tri-City Americans defenceman Aaron Hyman and former Prince Albert Raiders forward Cavin Leth. Hyman’s game has transitioned well to OUA in his first year studying business management. The product of Calgary, Alta. has eight assists in his first 22 OUA games. The 21-year-old spent four years in the WHL including time with the Calgary Hitmen, Thunderbirds, Regina Pats and Tri-City playing in 235 WHL regular season games. His best year was in 2016-17 season with the Thunderbirds where he helped the team to a WHL Championship. Leth, now in his third year at Ryerson, spent four years in the WHL with the Broncos, Thunderbirds and Raiders. Leth has enjoyed a successful career with Ryerson registering 52 points (25G-27A) in 67 games. Leth’s best season in the WHL saw him tally 39 points (23G-16A) in 68 games split between the Thunderbirds and Raiders in the 2016-2017 season.

We're back in action at Waterloo's barn on Saturday for a re-match of tonight's game. #WERRAMS pic.twitter.com/1CeIOXVBcs