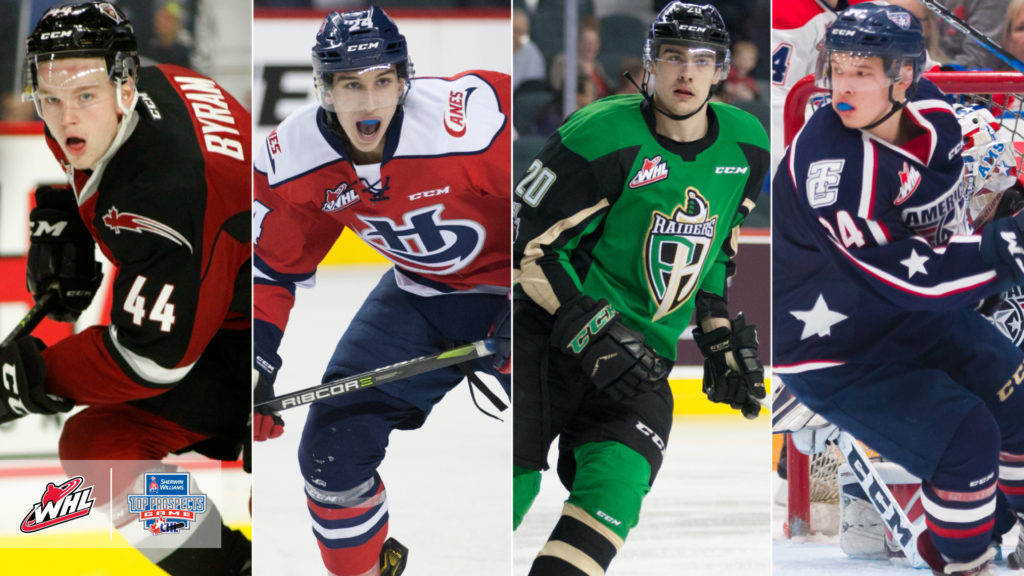 Toronto, Ont. – The Canadian Hockey League in association with National Hockey League Central Scouting announce today the 40 players, led by 16 players from the Western Hockey League, that will compete in the 2019 Sherwin-Williams CHL/NHL Top Prospects Game.

The 24th annual showcase of the CHL’s top prospects eligible for the NHL Draft will be played on Wednesday, January 23, 2019, at the ENMAX Centrium, home of the WHL’s Red Deer Rebels. The 40 competing players were chosen by NHL clubs and include talent from across the WHL, the Ontario Hockey League, and Quebec Major Junior Hockey League.

“The Sherwin-Williams CHL/NHL Top Prospects Game provides scouts and general managers the unique opportunity to evaluate talent competing in a best-on-best showcase,” said Dan Marr, NHL Central Scouting Director. “All 31 NHL clubs contributed to the roster selection and have a great interest in this priority scouting event to see which players can elevate their game under the spotlight.”

Headlining the talent in Alberta are 11 CHL players identified by NHL Central Scouting as potential first round candidates in their November ‘Players to Watch’ list.  Six of those players hail from WHL clubs including forwards Dylan Cozens of the Lethbridge Hurricanes, Kirby Dach of the Saskatoon Blades, Nolan Foote of the Kelowna Rockets, and Peyton Krebs of the Kootenay ICE, along with defencemen Bowen Byram of the Vancouver Giants, and Matthew Robertson of the Edmonton Oil Kings.

Also named to this year’s roster is 19-year-old forward Brett Leason, who leads all draft-eligible CHL players in scoring with 64 points (28G-36A). The Calgary, Alta. product is also tied for the league lead in WHL scoring and was named the WHL McSweeney’s Player of the Month for September/October and November. Of the 16 WHL players named to the roster, nine forwards, five defencemen, and two goaltenders will be taking part in the event. In addition to the six WHL players with ‘A’ ratings from NHL Central Scouting, eight have ‘B’ ratings, and two have ‘C’ ratings as awarded in their latest ‘Players to Watch’ List ahead of the 2019 NHL Draft, which was released in November 2018.

33 of the CHL’s 60 member clubs will be represented in the game with a total of 16 WHL players from 12 different teams, 15 OHL players from 12 teams, and nine QMJHL players each from a different organization. Kelowna leads the way with three players selected while the Medicine Hat Tigers and Seattle Thunderbirds each have a pair of players named to the roster for the event. The host Rebels will be represented in the game by forward Oleg Zaytsev.

The 40 players will be divided into Team Cherry and Team Orr by NHL Central Scouting prior to the event.  Coaching staffs for both teams will also be announced at a later date.

10 CHL players from last year’s game in Guelph were chosen in the first round of the 2018 NHL Draft led by Barrie’s Andrei Svechnikov picked second overall by the Carolina Hurricanes. In 23 years, a total of 317 CHL players from this event have been chosen by NHL clubs in the first round of the NHL Draft representing over 45% of all players selected. Since the event was first introduced in 1996 the game has featured 14 players selected with the first overall pick in the NHL Draft including Nico Hischier, Connor McDavid, Aaron Ekblad, Nathan MacKinnon, Ryan Nugent-Hopkins, Taylor Hall, John Tavares, Steven Stamkos, Patrick Kane, Marc-Andre Fleury, Rick Nash, Vincent Lecavalier, Joe Thornton, and Chris Phillips.

The 2019 Sherwin-Williams CHL/NHL Top Prospects Game is proudly supported by title partner Sherwin-Williams, and CHL associate sponsors CIBC, Kia Canada, Cooper Tires, and Kubota Canada.  The game will be broadcast live across Canada on Sportsnet and TVA Sports, and in the United States on NHL Network.

Tickets are still available and can be purchased via reddeerrebels.com or ticketsalberta.com.  For further ticket details please contact the Rebels office at 403-341-6000.
For more event information please visit http://sherwin-williamstopprospects.ca.

Ask Sherwin-Williams™
For 150 years, Sherwin-Williams has been an industry leader in the development of technologically advanced paint and coatings. As North America’s largest specialty retailer of paint and painting supplies, Sherwin-Williams is dedicated to supporting both do-it-yourselfers and painting professionals with exceptional and exclusive products, resources to make confident colour selections and expert, personalized service at its more than 4,000 neighbourhood stores. For more information, visit sherwin-williams.ca. Join Sherwin-Williams on Facebook, Twitter, Pinterest, Instagram, LinkedIn and Tumblr. 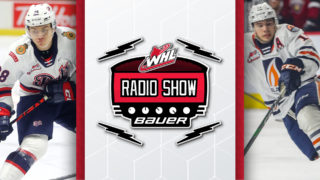 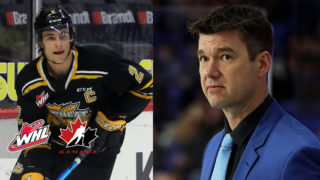 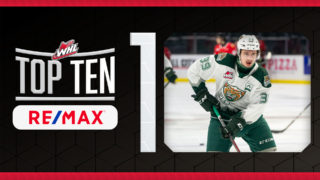 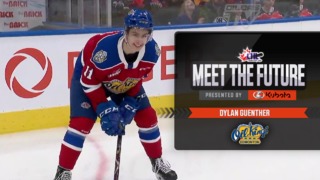