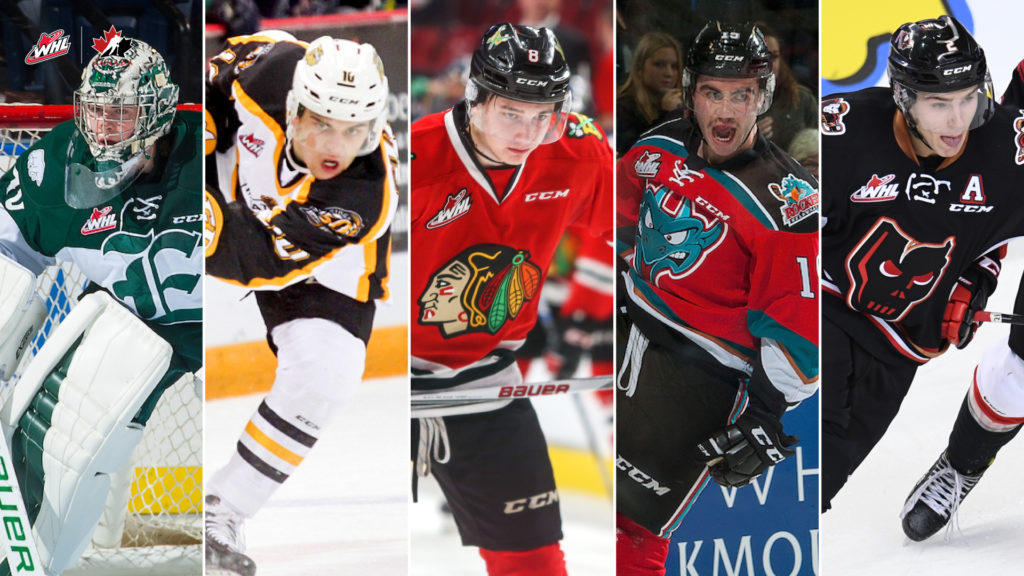 Calgary, AB – Hockey Canada announced the names of the 32 players invited to participate in Canada’s National Junior Team Sport Chek Selection Camp in St. Catharines, Ont., Dec. 12-15. at a press conference this morning, of which 13 (one goaltender, five defencemen and seven forwards) currently play in the Western Hockey League.

The list of WHL participants features four of the seven total returners from the silver medal-winning squad at the 2017 edition of the tournament, led by Vaughn CHL Goaltender of the Week Carter Hart of the Everett Silvertips. The list features six first round NHL draft picks, including Cody Glass, the first-ever draft choice in franchise history for the Vegas Golden Knights.

Leading the way in this year’s camp selection list are the Kelowna Rockets, who have three players named to the camp while the Brandon Wheat Kings and 2018 Mastercard Memorial Cup host Regina Pats have two each. Overall, the split between conferences is small, with the Eastern Conference boasting seven invites compared to six for the Western Conference.

In total, Hockey Canada named four goaltenders, 10 defencemen and 18 forwards to its National Junior Team Sport Chek Selection Camp roster, moving one step closer to the 2018 IIHF World Junior Championship, which will be hosted in Buffalo, N.Y. beginning December 26. The process of evaluating and selecting the players was led by Brad McEwen, Hockey Canada’s head scout, in consultation with Joël Bouchard from the Program of Excellence management group.

Hockey at all levels across the country continues to produce talented and elite-level hockey players that makes our evaluation and selection process a difficult one,” said Shawn Bullock, Hockey Canada’s senior manager of hockey operations and men’s national teams. “With a talent pool as deep as we have in this country, we believe the 22 players eventually selected from camp will give us the best chance at bringing home a gold medal. We couldn’t be more excited for our staff and players to get together in St. Catharines and begin the journey.”

Canada’s National Junior Team Sport Chek Selection Camp will be held at the Meridian Centre, the home of the Ontario Hockey League’s Niagara Ice Dogs, and feature a trio of games – two against a U SPORTS team on Dec. 13 and 14, and a game against Denmark on Dec. 15.

Following the four-day camp, Canada will pare down its roster to the final group of 22 players that will proudly wear the Canadian jersey in Buffalo, Dec. 26-Jan. 5, as they seek to win the nation’s 16th World Juniors gold medal.

Prior to the official puck drop on this year’s tournament, Canada will make its final preparations with a pair of pre-tournament games. On Dec. 20, Canada will face the Czech Republic in London, Ont., where a select number of tickets are available online, by phone at 1.866.455.2849, or in-person at the box office at Budweiser Gardens. On Dec. 22, the match-up features Canada taking on Switzerland at FirstOntario Centre in Hamilton with tickets available for purchase at Ticketmaster.ca, by phone at 905.529.8500 and at the Dan Lawrie Insurance Box Office.

Canada’s quest for gold officially begins on Boxing Day against Finland at 4 p.m. ET. Canada will face its U.S. rivals when they take to the outdoors on Dec. 29 at the home of the NFL’s Buffalo Bills, New Era Field in Orchard Park, N.Y., at 3 p.m. ET.

TSN and RDS, the official broadcasters of Hockey Canada, will once again provide wall-to-wall game coverage and analysis throughout the tournament, including Canada’s two pre-tournament games; check local listings for details.

For more information on Hockey Canada, Canada’s National Junior Team, and the 20127 IIHF World Junior Championship, visit HockeyCanada.ca or follow along via social media on Facebook and Twitter, as well as #WorldJuniors. 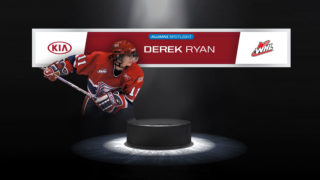