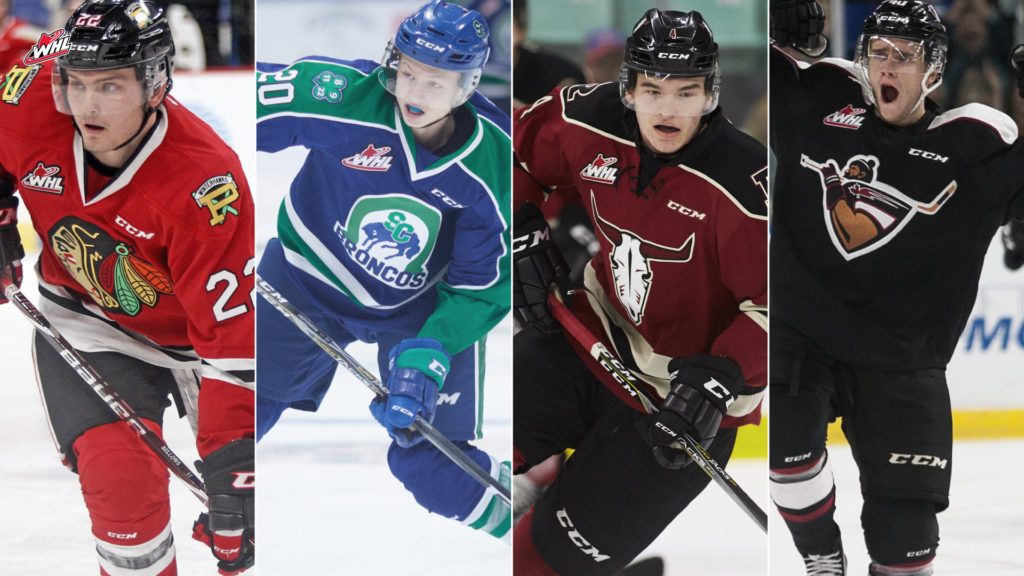 Calgary, Alta. – As we inch closer to the 2018 IIHF World Junior Championship, a handful of Western Hockey Leaguers are off to selection camps for their respective nations ahead of the annual tournament for junior hockey supremacy.

With nine players, including recent addition Josh Mahura (Anaheim Ducks), already named to Team Canada for the tournament, a total of 31 WHL players will take to the ice competing to wear their nation’s colours this holiday season.

The 2018 IIHF World Junior Championship – the 42nd running of the annual event – will take place beginning Dec. 26 in Buffalo, New York, featuring the first outdoor game in the history of the tournament when Canada and the United States square off on New Year’s Eve at New Era Field, the home of the NFL’s Buffalo Bills.

Please note that rosters are subject to change before the start of the tournament.