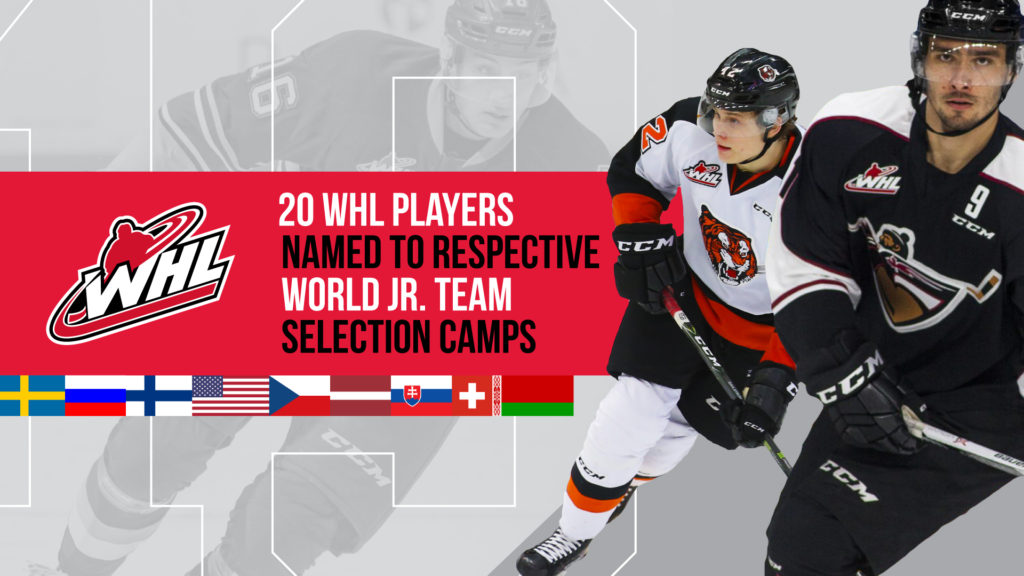 As we inch closer to the 2017 IIHF World Junior Championship, a handful of Western Hockey Leaguers are off to selection camps for their respective nations ahead of the annual tournament for junior hockey supremacy.

Including the 12 players originally vying for a place with Team Canada at National Junior Team Selection Camp, a total of 32 WHL players will take to the ice competing to wear their nation’s colours this holiday season.

The 2017 IIHF World Junior Championship – the 41st running of the annual event – will take place beginning Dec. 26 in Montreal and Toronto.

As of Friday, Dec. 16, Belarus sits first in round-robin play and will face Austria next.

In four games played, Yeryomenko has three points (1G-2A) and a plus-2 rating along with four penalty minutes for Belarus, which remains undefeated in regulation.