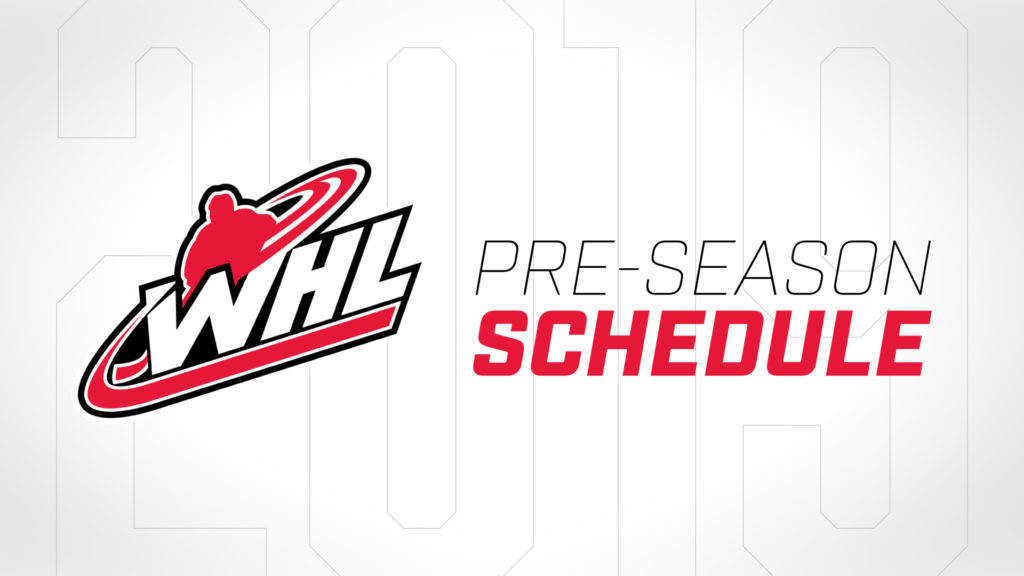 Everett’s pre-season tournament is scheduled to begin Friday, August 30. The seven-time US Division Champion Silvertips will host the Portland Winterhawks, Seattle Thunderbirds, Spokane Chiefs, Americans, and Giants at Angel of the Winds Arena.

Tri-City’s tournament will begin Thursday, September 5 at the Toyota Centre in Kennewick, Wash. The Winterhawks, Thunderbirds, and Chiefs will also participate in the tournament.

After claiming the 2019 Western Conference Championship, the Giants will host the fourth and final pre-season tournament beginning Friday, September 6 at the Langley Events Centre. The tournament will feature all five teams from the BC Division as the Prince George Cougars, Kamloops Blazers, Kelowna Rockets, and Victoria Royals meet up in the province’s Lower Mainland with the Giants. The Silvertips will also participate in the tournament.

As part of WHL pre-season action, the Edmonton Oil Kings and Calgary Hitmen will meet on Saturday, September 7 (7:00 p.m. MT) at the Seven Chiefs Sportsplex on the Tsuut’ina Nation.

Irvine, Alta. will host the first matchup as new Central Division rivals, the Medicine Hat Tigers and Swift Current Broncos, meet at the Irvine Sports Complex on Wednesday, September 4 (7:00 p.m. MT). The Tigers and Hitmen will renew acquaintances at the Taber Arena in Taber, Alta. on Saturday, September 14 (7:00 p.m. MT) as the other WHL pre-season matchup in Alberta outside a WHL Club market.

The city of Warman, Sask. will again play host to WHL pre-season action as the Prince Albert Raiders and Saskatoon Blades return to the northern Saskatchewan city for a game on Friday, September 6 (7:00 p.m. CT). The second pre-season meeting between the Brandon Wheat Kings and Winnipeg ICE will take place at Stride Arena in Portage, Man. on Saturday, September 7 (7:00 p.m. CT).

The Encana Events Centre in Dawson Creek, B.C., will play host to a pair of WHL pre-season games between the Oil Kings and Cougars. The Oil Kings will serve as the home team on Thursday, September 12 (7:00 p.m. PT) while the Cougars will have home-ice advantage on Saturday, September 14 (1:00 p.m. PT).

The 2019-20 WHL Regular Season schedule will be unveiled in late June.