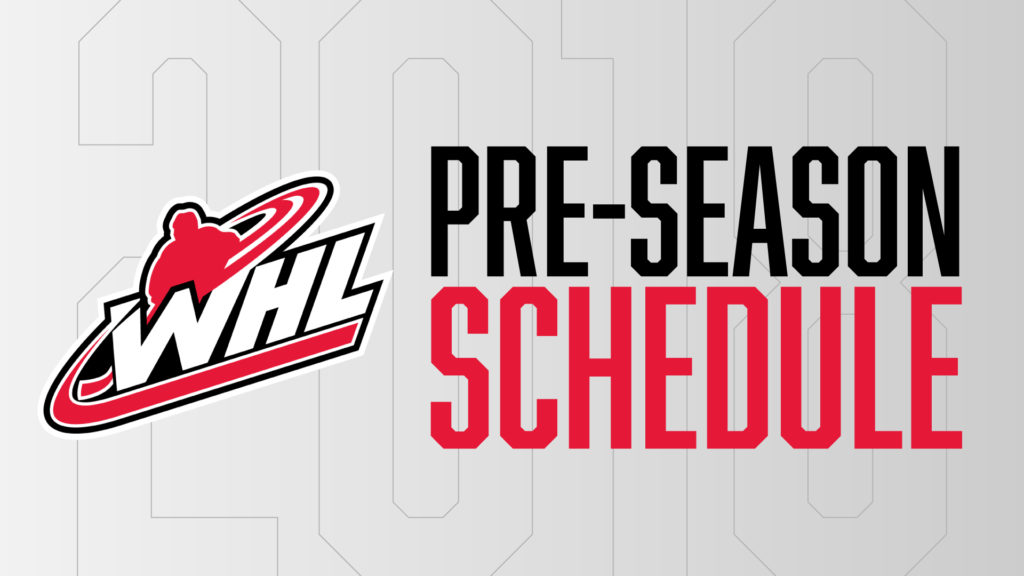 The Everett Silvertips pre-season tournament is set to begin Friday, August 31 at Angel of the Winds Arena, as the 2018 WHL Western Conference Champions welcome the Portland Winterhawks, Spokane Chiefs, Tri-City Americans and Vancouver Giants to Everett.

In Alberta, the town of Taber will play host to the Medicine Hat Tigers and Lethbridge Hurricanes at the Taber Ice Arena on September 1. Wainwright will welcome the Lethbridge Hurricanes and Red Deer Rebels on September 8 at the Peace Memorial Multiplex. The town of Irvine will see the Moose Jaw Warriors take on the Medicine Hat Tigers, also on September 8, at the Irvine Sports Complex. The Calgary Hitmen and Edmonton Oil Kings will meet along Highway 2 in Carstairs on September 8 at the Carstairs Arena. Rounding out the tour, the Edmonton Oil Kings will host the Red Deer Rebels on September 14 at Servus Credit Union Place in St. Albert.

In Saskatchewan, Warman will host the Prince Albert Raiders and Saskatoon Blades on September 8 at the Legends Centre.

In B.C., the Kootenay ICE take to the Eddie Mountain Memorial Arena in Invermere where they will host the Calgary Hitmen on September 14.

The 2018-19 WHL Regular Season schedule will be unveiled in late June.