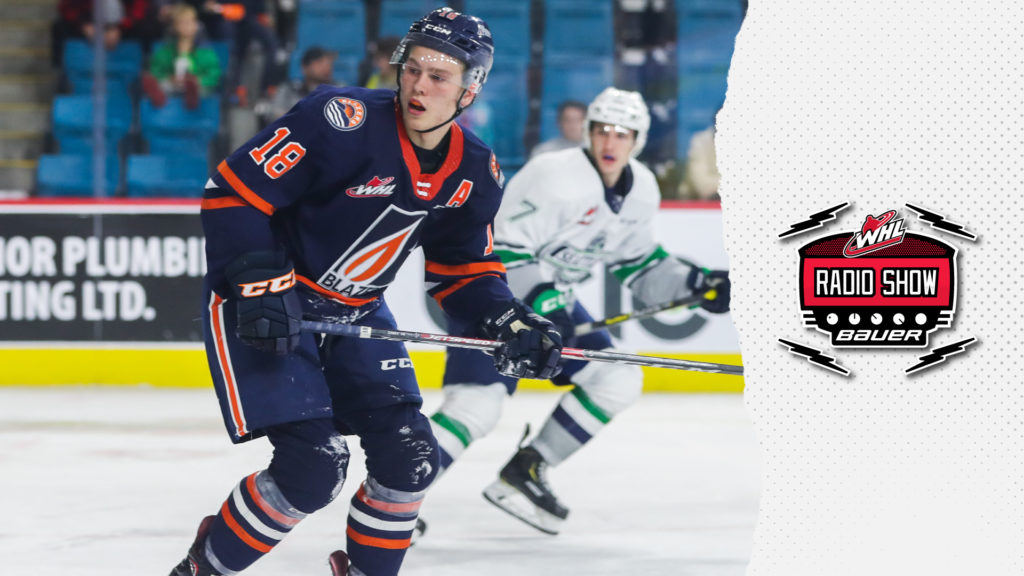 Episode 8 of the WHL Radio Show presented by Bauer, gets you set for the 2019 CIBC Canada Russia Series set for Saskatoon and Prince Albert next week. Saskatoon native and Kamloops Blazers forward Connor Zary is anticipating one of the games in his hometown. He also heads in as the McSweeney’s WHL Player of the Month. He’ll be our guest.

We’ll have the latest from the World Under-17 Hockey Challenge as Team Canada White remains a medal hopeful thanks to six players from the WHL.

The Victoria Royals remain in the mix this season despite a heavy roster turnover from last year’s team. Head Coach Dan Price gives us the breakdown.

Finally, the Prince George Cougars received some good news this week with the return of import forward Vladislav Mikhalchuk. Last year’s leading scorer on the Cougars has come back to refine his game.