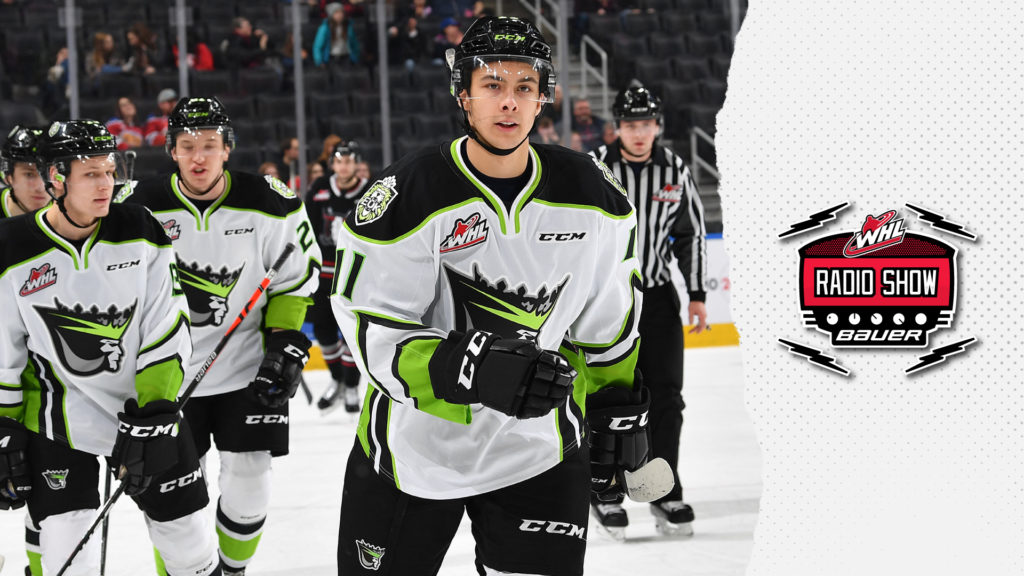 Episode 22 of the WHL Radio Show presented by Bauer Hockey is here!

Edmonton Oil Kings rookie Dylan Guenther is enjoying a strong 16-year-old season, ranking second in WHL rookie scoring with 51 points (22G-29A). He chats about other rising 16-year-olds around the league, what he’s drawn from the team’s success, and where he goes from here.

Another 16-year-old making an impression is Kamloops Blazers rookie and hometown product Logan Stankoven. His top highlight of the season came on Saturday when he potted four goals in a game against the Victoria Royals. He discusses the rising crop of rookies around the WHL as well while also breaking down where he stands in relation to some of the Blazers’ all-time greats.

With the 2019-20 Canada West Men’s Hockey regular season coming to an end and the playoffs starting, the conference’s all-star and all-rookie teams were announced this week. Keen breaks down the 16 WHL Alumni who were recognized this year.

To close out the show, Kevin Muench, the WHL’s Senior Director, Officiating joins Saskatoon Blades play-by-play voice Les Lazaruk to give fans insight on WHL officiating development and how the league is growing in that area.