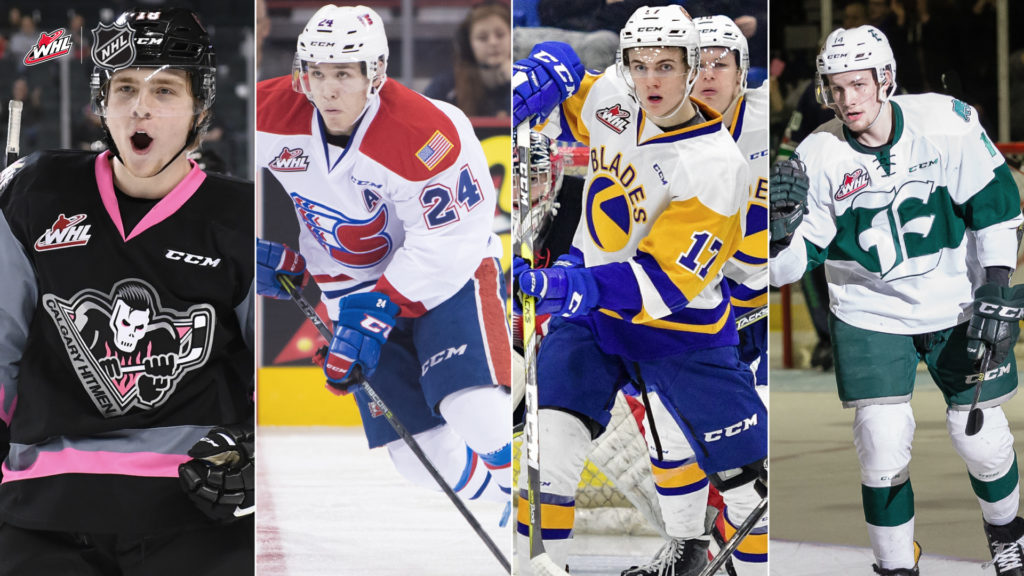 With the 2017-18 Canadian Hockey League season coming to a close last week, the attention quickly shifted to Buffalo, N.Y. for the 2018 National Hockey League Scouting Combine as prospects and NHL teams alike put their best foot forward ahead of the 2018 NHL Draft, scheduled to be held in Dallas, Texas on June 22-23, 2018.

Of the 50 CHL players invited to this year’s scouting combine, 11 came from the Western Hockey League, led by Spokane Chiefs defenceman Ty Smith.

With no one player-defining test, the entire group were given a fair chance to showcase different aspects of their strengths through a variety of physical tests.

Like he’s done for the entire year, Smith kept his name near the top of the conversation, ranking fourth in the pro-agility test to the left, which forces players to test their agility and ability to control their body while facing multi-directional speed. Smith completed the test with the fourth-highest rate of speed at 13 miles per hour.

Smith also set the highest marks among WHL players in both the left and right pro-agility tests with times of 4.50 and 4.60 seconds respectively. Smith entered the combine ranked 14th among North American skaters on NHL Central Scouting’s Final Rankings released in April 2018.

While last year’s combine featured the majority of the eyes on Brandon Wheat Kings forward Nolan Patrick, the WHL’s East Division continued to make noise at the annual event. Eric Florchuk from the Saskatoon Blades helped play a part in continuing that strong reputation, ranking in the Top 25 for seven different events, with four of those in the top 10.

Also performing well at the combine was Red Deer Rebels forward Kristian Reichel. The 19-year-old finished as the top-ranked WHL prospect in three events, including the VO2max Test Duration (Tied for 13th), and both Wingate tests that factored in Mean and Peak Power Output. For the latter two events, Reichel placed in the top three among all draft-eligible players invited. Reichel entered the combine ranked 53rd among North American skaters.

Defenceman Jett Woo of the Moose Jaw Warriors had a consistently strong performance, placing himself in the Top 25 of six different categories. His highest ranked performance came in the Pro-Agility Test to the left, finishing in a time of 12.8 seconds to tie him for eighth place. He’ll enter the 2018 NHL Draft ranked 28th among North American skaters.

Also impressing was another Eastern Conference player in Riley Stotts, the lone member of the Calgary Hitmen to be invited to the NHL Scouting Combine this season. Stotts’ finished the combine ranked in the Top 25 for six separate events, including a pair of eighth place results in the squat jump and right hand grip strength.

Despite the Western Conference being out-numbered 7-4 by their Eastern Rivals in terms of players attending, the conference still put on a strong performance, especially Riley Sutter. The Calgary, Alta. product’s top performance came in the left hand grip strength where he finished tied for fifth. The Everett Silvertips forward earned a pair of other Top 25 performances among draft-eligible talent.

Here’s a complete look at how WHL players fared in the various testing exercises among the top 25 results as released by NHL Central Scouting: