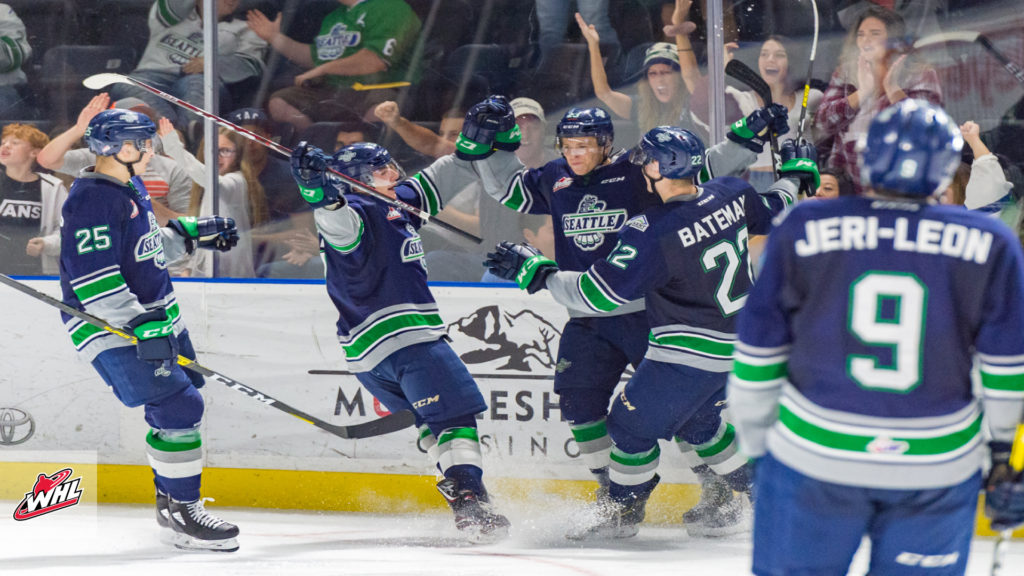 On Tuesday night, the Seattle Thunderbirds defeated the Everett Silvertips 5-4 in pre-season action.

The Silvertips opened the scoring late with only six seconds left in the first period with a goal from Jalen Price giving them the lead heading into the second.

The Thunderbirds would respond in the second with four unanswered goals, including two from recent acquisition Alex Morozoff. Down 4-to-1 heading into the third period, Silvertips’ forward Gage Goncalves notched a power-play goal. The 6-foot-1 forward would finish the night with three points (2G-1A); however, his team would fall just short.

Thursday, the Edmonton Oil Kings traveled to Dawson Creek, B.C and put together a dominant 6-1 performance over the Prince George Cougars. The Oil Kings opened the scoring in the first period on a power-play goal from Josh Williams with assists from Scott Atkinson and Jalen Luypen.

Dylan Guenther would extend the lead in the first with his fifth goal of the preseason. The Cougars responded in the second period with a marker from import Filip Koffer that would bring them within one. However, the period was closed out with an insurance tally from Williams as he picked up his second of the evening.

Strong goaltending paved the way in the second and third for the Oil Kings as Todd Scott turned away 29 of  30 shots. Scott’s performance was followed up by rookie Sebastian Cossa, who stopped all 17 shots he faced in the third to finish the game.

Your #OilKings win 6-1 over the Prince George Cougars in Dawson Creek! #allhail

Up next: more pre-season action in Dawson Creek on Saturday at 2pm MT.