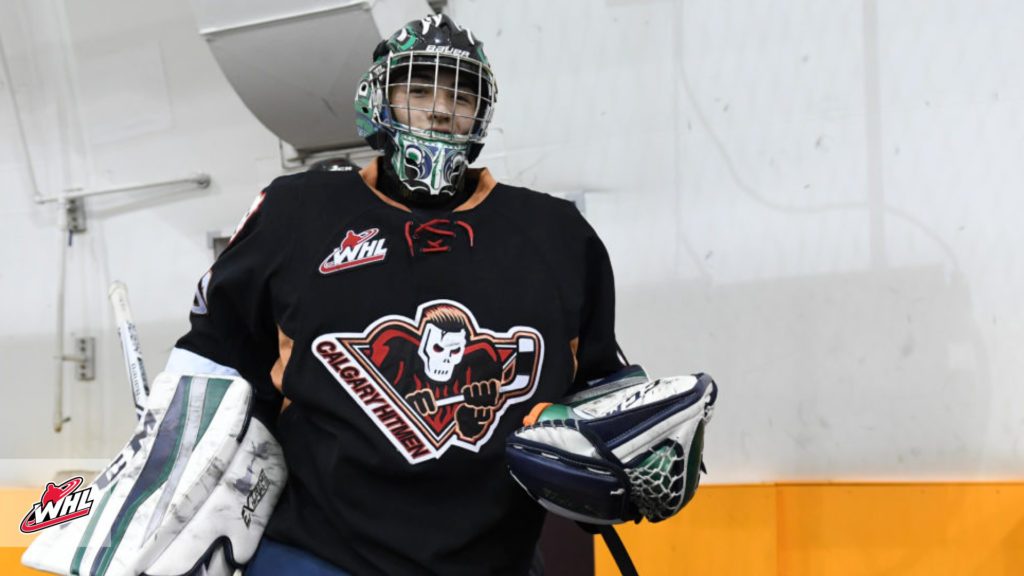 The final weekend of pre-season action in the Western Hockey League came to a close Sunday evening as the Brandon Wheat Kings defeated the Moose Jaw Warriors 3-2 in the shootout.

With 13 games over the course of the past three days, teams had a chance to evaluate their players in game situations, including the Calgary Hitmen, who swept a home-and-home series with the Kootenay ICE to remain perfect in WHL pre-season action.

In Friday’s contest, played at the Eddie Mountain Memorial Arena in Ivermere, B.C., the Hitmen were trailing 3-2 entering the third period. Goals from Jake Kryski and Layne Toder swung momentum in favour of the Hitmen though, forcing the ICE to tie the game late before Dom Schmiemann won it in overtime.

Saturday at the Scotiabank Saddledome, the Hitmen faced a 2-0 hole early in the first before reeling off three-straight goals, including a pair from Luke Coleman and the game-winning from Tristen Nielsen in the second period. Carl Stankowski looked to be in fine form Saturday, stopping 42 of 44 shots after Matthew Armitage picked up the win Friday.

The Prince Albert Raiders took down a pair of division rivals this weekend, downing the Regina Pats 5-2 Friday at the Brandt Centre and topping the previously undefeated Saskatoon Blades by a similar score at the Art Hauser Centre the following evening. Justin Nachbaur led the way Friday with a pair of goals, including the game-winner. Logan Nijhoff had both goals for the Pats. Saturday, Spencer Moe and Brett Leason each had a pair of goals, with Max Martin adding the other goal.

A rematch of the Eastern Conference Championship took place Friday and Saturday as the Lethbridge Hurricanes and Swift Current Broncos split a home-and-home series. The Hurricanes were victorious by a 7-0 score in southern Alberta Friday night thanks to a four-goal performance from Keltie Jeri-Leon and a pair of goals from 2017-18 Jim Piggott Memorial Trophy winner Dylan Cozens. Reece Klassen stopped all 18 shots for the shutout.

The next night in Speedy Creek, Jadon Joseph got the Hurricanes on the board first, but the Broncos responded with five unanswered goals to secure the win on home ice. Seventeen-year-old Matthew Culling had a three-point game, featuring a pair of goals while Ben King had the game-winning goal.

Also completing a home-and-home were the Wheat Kings and Warriors, with the Manitoban club taking both games by 3-2 scores, requiring the shootout to get the job done Sunday. Baron Thompson, Luka Burzan, and Caiden Daley all scored for Brandon, with Burzan earning a pair of assists for the three-point game. Dylan Myskiw stopped 30 of 32 shots in the win.

Sunday, goals from Tristin Langan and Tyler Smithies book-ended goals from Ben McCartney and Rylan Bettens at Mosaic Place. McCartney then scored the lone goal of the shootout to provide the difference.

The lone all-B.C. Division matchup saw the Kamloops Blazers head north to battle the Prince George Cougars, coming away with a 4-3 overtime victory Saturday. Four different Blazers scored in the victory, including Josh Pillar, who scored 40 seconds into the extra period to secure the win.

The weekend also featured a pair of all-U.S. Division matchups, with the Everett Silvertips downing the Seattle Thunderbirds 3-2 at home Saturday. The Spokane Chiefs also took down the Tri-City Americans in Kennewick, Wash. by a 5-1 score Saturday.

Saturday’s game in downtown Everett saw both teams traded goals through the first two periods to keep it at a 2-2 game. Nolan Volcan scored twice for the T-Birds while Akash Bains and Jackson Berezowski found the back of the net for the home side. The difference in the game would come in the third as  Gage Goncalves’ third goal of the pre-season came short-handed, giving the Silvertips the final lead of the game. Dustin Wolf stopped 25 of 27 shots in the contest.

Two-goal efforts from Ethan McIndoe and Jack Finley paced the Chiefs to their win Saturday against the Americans. Bobby Russell added a goal and three points in the victory while Dawson Weatherill looked to be in regular season form, stopping 30 of 31 shots. Bryan McAndrews scored the lone goal for the Americans while Talyn Boyko stopped 35 shots in the loss.

The final two results from the weekend saw unfortunate results for the Red Deer Rebels against a pair of divisional opponents. Friday in St. Albert, the Edmonton Oil Kings downed the Rebels by a 6-2 score. Carter Souch scored twice and added an assist while Todd Scott stopped 20 of 22 shots for the victory. Vince Loschiavo added a pair of assists for the Oil Kings while River Fahey and Oleg Zaytsev scored for the Rebels in the loss.

A night later back in Red Deer, the Medicine Hat Tigers shutout their hosts by a 3-0 score. Dawson Heathcote, Gary Haden, and Tyler Preziuso scored in the victory while Mads Sogaard and Garin Bjorklund combined for the victory. Ethan Anders put up a valiant effort for the Rebels, stopping 42 of 44 shots in the loss.

The 2018-19 WHL Regular Season opens Friday, September 21 with eight games on the docket that evening.