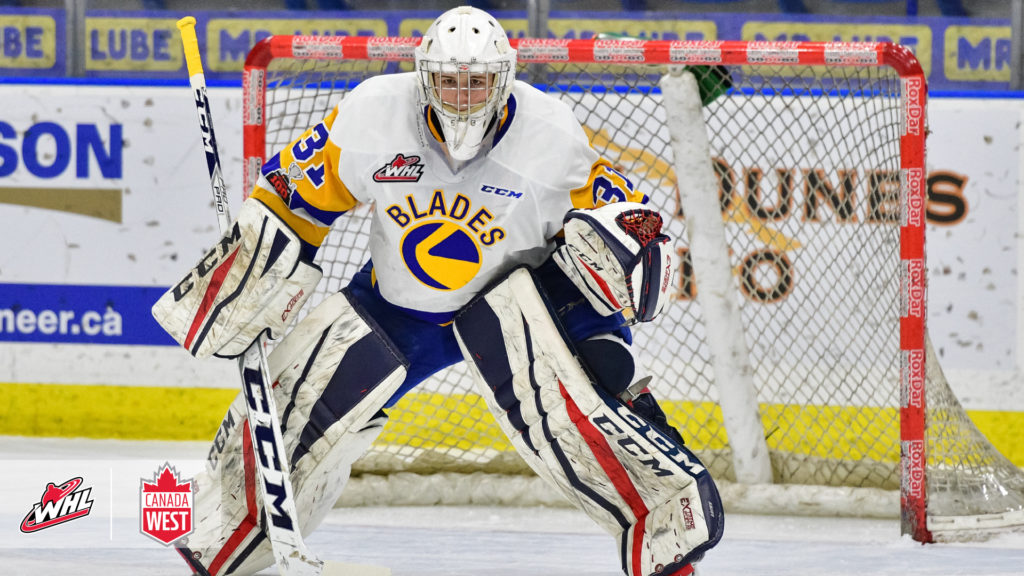 Calgary, Alta. — When University of Manitoba Bisons head coach Mike Sirant talks about his wants and needs for the program he’s led since 1992, he’s speaking from a strong position of knowledge and it’s evident provincial pride runs heavily through his veins.

Through it all, he’s made one thing clear: in addition to securing the services of good hockey players, he wants good people as well, those interested in becoming integral members of the community.

That’s what makes this year’s recruiting class so special for Sirant and the Bisons as three new Western Hockey League Alumni accessing their WHL Scholarships choose to attend the lone Canada West men’s hockey program in their home province.

“We of course welcome players from out of province and we have had some good players play for the Bisons from out of province, but it is a place where players from the WHL can come back, come home and enjoy all the benefits that that brings,” noted Sirant. “At the University of Manitoba, they’re going to get a very high quality of education and because we’re a large university, we offer very diverse choices of programs.”

A 34-point season in 2017-18 was their most since they recorded 38 during the 2012-13 campaign and finished third in CW. Last season’s high point was a pair of wins against the U SPORTS champion University of Alberta Golden Bears in January 2018, as the Herd handed Alberta two of the five regular season losses they suffered a year ago.

Now, the future belongs to the aforementioned trio of WHL recruits. Brown was a leading member of the Regina Pats run to winning the Eastern Conference Championship in the 2016-17 season, ultimately coming within a pair of victories of raising the Ed Chynoweth Cup.

Up front, the 5-foot-11, 161-pound Skoleski will be one of Sirant’s new offensive go-to options. Recording 70 points (31G-39A) in 169 WHL Regular Season games, Sirant is positive Skoleski’s offensive success will translate over to the Canada West game.

Part of Sirant’s optimistic approach also comes due to him bolstering the team’s blue line with the addition of the 6-foot-3, 194-pound Dwyer. A former selection of the Saskatoon Blades at the 2012 WHL Bantam, Dwyer spent time with both the Blades and Silvertips during his WHL career. A steady presence on the backend never afraid of being an offensive contributor, Sirant was excited to see what he could do.

“When we saw him play last year, we also recognized his offensive ability,” Sirant said of Dwyer. “He’s a smart player, he’s quick, and he’s a good playmaker that has the ability to distribute the puck on the attack.

“He’s very good going through the neutral zone and finding guys to advance the attack.”

Entering his 23rd season of coaching in Canada West, Sirant has a strong belief that his team can continue to contend with the best the conference has to offer.

“Canada West is a very high calibre of hockey and the parity in the league is amazing,” he added. “All the teams are good and you’ve got to be ready to compete every night or you’re just not going to be successful.

“We believe that we’ll be competitive again this year.”

The Bisons have plenty of talent between the crease already, including WHL Alumni Justin Paulic, but Brown could be ready to grab the reins of his hometown team’s starting duties once healthy.

Off-season surgery will see the former Pats and Blades goaltender miss most of the upcoming season, but once healthy, the Winnipeg, Man. product should make a strong challenge for the starting role.

“[He’s] a real good person and an excellent goaltender. He had a lot of success in the Western Hockey League, particularly with Regina so he comes from a program that had a winning culture. We’re very excited to have Tyler join us.”

Bringing the Pats within a pair of wins of the Ed Chynoweth Cup in 2017, Brown was absolutely electric as the Pats claimed the Eastern Conference Championship.

About CW and the WHL:
Every year 100s of former WHL players attend post-secondary institutions across Western Canada, putting to use their WHL Scholarship money. Last season more than 200 former WHLers skated for one of eight CW men’s hockey teams, including 51 in the CW championship series.