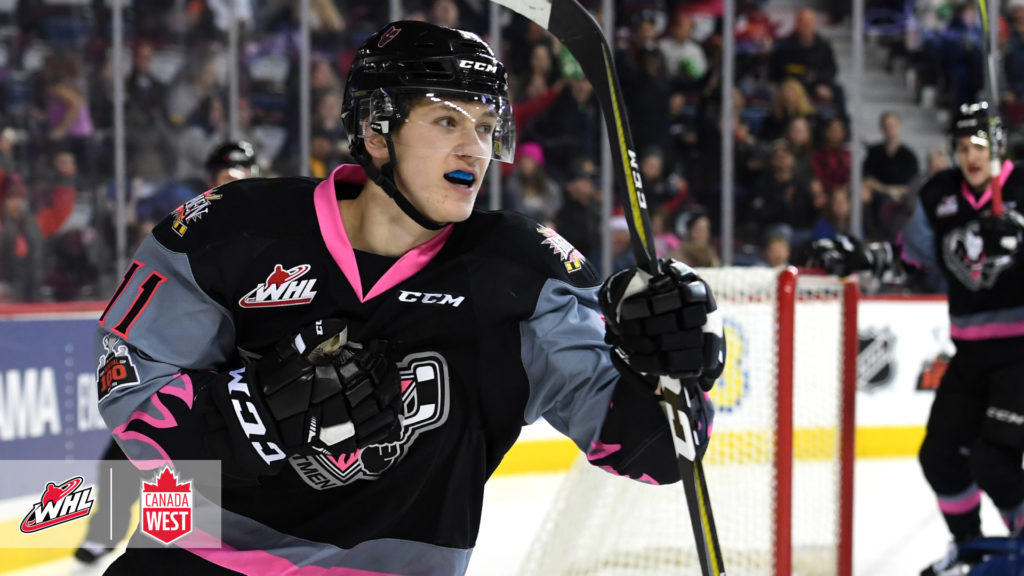 Edmonton, Alta. – There’s a common theme that links the trio of Western Hockey League recruits that will be joining the Regina Cougars this season.

Conner Chaulk is Regina-raised. Brennan Riddle grew up a few minutes down the Trans-Canada in tiny Balgonie. James Hilsendager spent the first half of his WHL career playing for the Pats.

And when it came time to choose a university, all heard the Queen City calling.

“That’s the only way we can compete with the larger schools,” University of Regina men’s hockey coach Todd Johnson says. “The only way I can try to get these guys to commit to our program – to want to come back to Regina and be a Cougar.”

Throughout his first six seasons at the helm of the Cougars hockey program, Johnson has seen Regina kids choose other universities, and is working diligently to reverse that trend.

“The longer I’m here, the more I can influence and maybe be a mentor to some of these guys coming through … here in Regina,” says Johnson, who has established a strong relationship with minor hockey in Regina.

“As long as I keep putting myself out there, and being positive with the (local hockey organizations) and having people know that we’re involved at that level, I can see more and more players wanting to stay in Regina.”

With Hilsendager and Riddle, Regina adds defencemen that measure over six feet and tip the scales around 200 pounds, but also have the speed Johnson believes is required to play the backend in Canada West. Chaulk has two-way ability at centre and can win draws.

All three are expected to have an immediate impact.

After Regina finished at the bottom of the Canada West standings in 2017-18, the commitment from Chaulk, Hilsendager and Riddle provides hope for a brighter future in which players who know Regina choose Regina.

Johnson remembers watching Chaulk playing midget hockey in Regina, and then coming back home in the summer after the conclusion of another WHL season.
And now his latest memory of Chaulk is the Regina native committing to attend the U of R and suit up for the Cougars men’s hockey team. “I know it’s going to be a bit of a transition from the Western Hockey League, but it’s in him,” Johnson says. “He’s a guy that’s going to get an opportunity to play on both sides of the puck and hopefully put up some numbers for us.”

Chaulk concluded his WHL career last season with the Calgary Hitmen, to whom he was traded after spending two and a half seasons playing for the Broncos. Given a consistent top-six role for the first time in his junior career, the six-foot-one Chaulk responded by potting 10 goals and adding 10 assists in 35 games for the Hitmen, producing offence at a significantly higher rate than in Speedy Creek, where he had 16 goals and 18 helpers in 151 career regular season games.

“He’s mature, he’s focused on wanting to get better, and he’s also focused on his classes,” Johnson says of Chaulk, who turned 21 in May. “If he keeps working and keeps getting better like I feel he can, he’s going to be a big part of us.”

About CW and the WHL:
Every year 100s of former WHL players attend Canada West institutions, putting to use their WHL Scholarship money. Last season 150 former WHLers skated for one of eight CW men’s hockey teams, including 49 in the CW Final. As part of the WHL and Canada West’s ongoing partnership, the WHL powers CW series highlights the latest crop of former WHL recruits, who will make the most of their scholarship package at a CW school of their choosing beginning this fall.