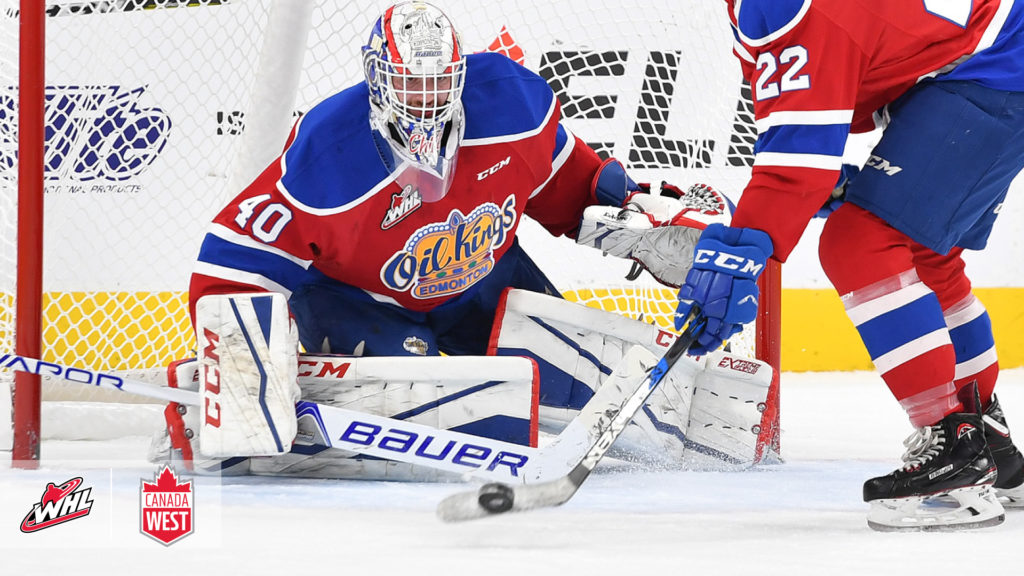 The former Western Hockey League players are headed to the relative metropolis of Saskatoon, Sask., where they will suit up for the University of Saskatchewan men’s hockey team beginning this season.

“Meat and potatoes. They’re a unique breed of kids.”

As demonstrated throughout their WHL careers, most spanning four or five seasons, the quintet of recruits each possess those qualities so often attributed to the small-town prairie kid.

“You’re trying to find and surround yourself with good people, and the more you do that, the better your team is,” says Adolph, himself a product of the Prairies. “It’s not about coaching, it’s about the character and the type of people you bring in.”

Kelowna Rockets product Ballhorn is capable of logging big minutes, while Fiala comes from the Saskatoon Blades where he was known for looking after his teammates on and off the ice, and Neuls brings the experience of a run to the Memorial Cup with the Seattle Thunderbirds in 2017. All wore a letter at some point while playing in the WHL

“They’ve been leaders for a long time in their programs,” says Adolph. “That’s important to us.”

In discussing his recruits, Adolph notes each earned excellent grades in high school and are now committed to taking full advantage of their post-secondary opportunities at the U of S.

Meanwhile on the ice, opportunity awaits. The newcomers essentially fill spots created with the graduation of one goaltender, four defencemen, and one forward from last season’s Huskies team that finished runner-up in Canada West and advanced to play in the University Cup.

“The goal of your recruiting should be to find players who are going to be able to step in and have an impact and play some minutes right off the bat, and I think all these guys have that opportunity,” says Adolph.

“I know how good our league is …. and everybody’s had a good recruiting year this year, so you’ve got to be on your toes. It’s an (absolute) race.”

After shoulder troubles put him on the shelf for a large chunk of last season with the Edmonton Oil Kings, Child is healthy and eager to get started on his Canada West career.

“He’s been a highly-touted goalie since he was drafted in the first round of the WHL Bantam Draft,” Adolph says. “He was a top-end Midget, and I think he was an up-and-coming goalie in the Western Hockey League until he started having some injuries, so I like everything about him.”

Child, who played Bantam and Midget in Camrose, saw action in more than 100 games over his WHL career. He spent two and a half years in Swift Current, before being moved to Brandon at the trade deadline in 2017, then finished up his career playing 23 games with the Oil Kings last season.

“His pedigree since Bantam has been very solid, but more importantly he chose us because of our school and he really wants to make sure he’s a student-athlete,” continues Adolph.

Following the graduation of Jordan Cooke, who won three consecutive Canada West Goaltender of the Year awards from 2015-16 to 2017-18, the Huskies are beginning a new era between the pipes with Child alongside Taran Kozun, a second-year netminder who also played in the WHL, with Kamloops and Seattle.

“Taran Kozun has a huge pedigree as well,” Adolph says. “Goaltenders are hard to find and I think we found a real sleeper in Travis Child.”