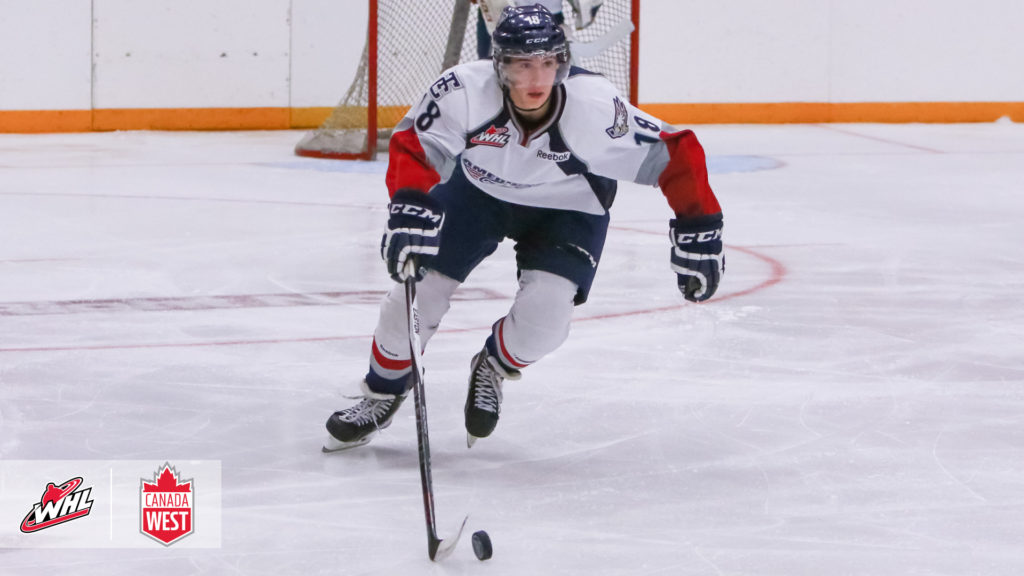 That may sound like a random geography fact, but the coincidences between the two locations in Northern Ontario have given the Lethbridge Pronghorns reason for optimism heading into the 2018-19 Canada West season.

The first location, Manitouwadge, is the home of former Pronghorns head coach Mike Babcock. Down the road in Thunder Bay is the birthplace of the team’s incoming bench boss Murray Nystrom.

After the former led the school to their first and only national championship in men’s hockey to date, they’re hoping the latter can repeat the success this season on home ice.

With a pair of incoming Western Hockey League alumni joining the Pronghorns on the ice, Nystrom is another big add to the program searching for golden glory as they prepare to host the 2019 U SPORTS University Cup, hoping to hoist the David Johnston University Cup.

“We’ve got a real good core of former [WHL] players that have looked really good to date,” noted Nystrom, who recently re-located to southern Alberta after being named as the program’s head coach on Aug. 29. “I’m learning about these guys every day, but I really like the backend and what we have starting in goal.

“That’s going to help drive us and our game for sure.”

Roy, a 6-foot-2, 190-pound hometown product, comes back to his hometown Pronghorns after a 98-game WHL career split between the Tri-City Americans and Red Deer Rebels. Nystorm expects Roy to be a player to provide value on the team’s forward depth.

“Jordan is a big guy on the wing right now and has a good game along the boards in front of the net in those traffic areas,” said Nystrom.

In net, the Pronghorns have also added Taz Burman, a 6-foot-1, 163-pound product of Vancouver, B.C., who appeared in 113 WHL regular season games with the Rebels, Swift Current Broncos, and Seattle Thunderbirds between 2013 and 2017.

With a 44-37-6-4 record in the WHL and more than 5,500 minutes of experience in the league, Nystrom is confident those skills with eventually translate over to the Canada West game.

“Taz in goal I think has performed well,” continued Nystrom, who coached at Brock University for nearly two decades. “He’s got good size, his mobility is very good.”

While the thought of hosting the best U SPORTS has to offer in men’s hockey this coming March is firmly on their minds, Nystrom stressed his approach with the team will be to grow each and every day.

That starts with a strong test against the University of British Columbia Thunderbirds.

“[In] my first meeting with the players, they conveyed the sentiment that they’re dialed in on [making] playoffs [and] playing meaningful games in late February is a goal,” continued Nystrom. “We want to make sure our group continues to improve in different areas of the game each week that we play.”

For Nystrom, who has gone through the transition from major junior hockey to the university level as a player and a coach, building his student-athletes up for future success is also part of his plan.

“I think the WHL and major junior hockey in general, [they] do a great job of preparing guys for the university level,” said Nystrom. “To be successful on the ice and in the classroom, you need good time-management skills, you need to be disciplined, you need to hold yourself accountable to set goals and plan and pursue them.

“I think those are all qualities that players learn playing major junior hockey.”

When it comes to players that embody the Lethbridge Pronghorns team philosophy, Jordan Roy is a perfect example.

“Our forwards are a feisty puck-hungry group that maybe doesn’t have elite scoring throughout the lineup, but has certainly shown a willingness to get to the areas that are needed to score goals,” said Nystrom. “Scoring may have to come by committee, but I think we’ll able to drive some of that through the lineup and coming from the backend.”

Statistics back up how Nystrom describes his squad. WHL Alumni Mitch Maxwell, the Pronghorns’ leading scorer last season, finished tied for ninth in Canada West scoring. Now that the former Lethbridge Hurricanes forward has graduated, the responsibilities for offence will fall to the entire team.

Circling back to Roy, there’s no shame in admitting he won’t be the number one centre or skilled winger that will contribute on the scoreboard every night. However, if he can be the type of player to open opportunities for his teammates and chip in some offence from a depth forward role now and then, it may provide just enough of an edge.

In a short tournament like the University Cup, that could be all the difference the Pronghorns need in order to succeed.