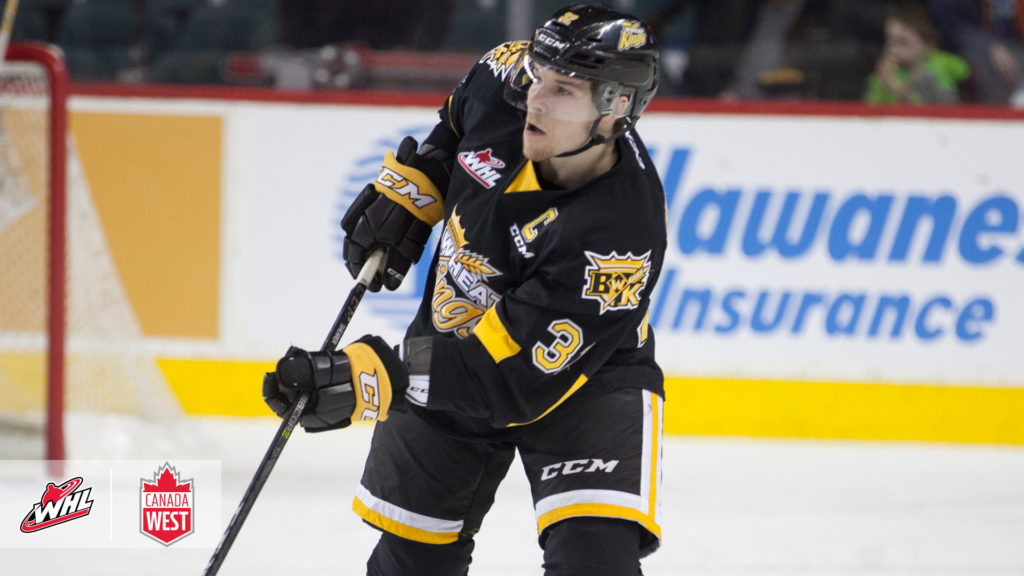 Calgary, Alta. — Following a fifth-place finish in the 2017-18 Canada West season, the University of Calgary Dinos are searching for more success once the puck drops on their season later this month.

The Dinos weren’t an ordinary fifth-place team though, rallying from six forfeited games in the first half due to an ineligible player.

After winning their final six games of the regular season, they upset the University of British Columbia Thunderbirds in the first round of the 2018 Canada West playoffs, while also pushing their series against the University of Saskatchewan Huskies the distance.

With that success still fresh in their minds, Dinos head coach Mark Howell has added a group of five WHL Alumni to his team’s ranks.

“We want to be in the mix this year,” noted Howell. “With the group we have, we should be in a situation to contend.”

Black is a 6-foot-0, 185-pound addition for the Dinos, coming from the Springfield Thunderbirds of the American Hockey League. During a 214-game career with the Broncos, Black was a fifth-round draft selection of the New Jersey Devils in 2012. In 131 AHL regular season games, he’s recorded 31 points (18G-13A).

As Black prepares to begin his Canada West career, Howell is hoping for big things.

“He’s going to be a huge addition to our team.”

Also slotting into the Dinos’ core up front is Nagy. The 6-foot-0, 195-pound forward tallied 118 points (57G-61A) in 284 WHL Regular Season games with the Victoria Royals and Raiders. Howell is expecting his offensive game to translate well to the Canada West game.

“[He] had a real consistent WHL career, and then this past year really took off and had an excellent season,” continued Howell. “He found himself as a goal scorer, and that was an area we needed to address – bringing in a guy that could score consistently.”

Having another right-handed talent at his disposal was something Howell saw as an advantage.

Shearer is a big get for the for the Dinos, having won the Ed Chynoweth Cup with the Wheat Kings in 2016. He’ll be reunited with former teammate Jordan Papirny.

“Everybody I’ve talked to about him [has said he’s] just a real good skating defenceman,” said Howell of Henderson. “He’s going to be a good role player for us.

“He gives us some depth in the backend, which is what we need.”

All five will now play a role in helping the Dinos pick up where their second-half surge left off. As Canada West and U SPORTS hockey continues to grow, the level of respect given to the game by players has helped to further the competitive spirit of all teams.

“There’s more and more players every year who respect how good our league is. With that, our league gets better and better each year.”

The former captain of the Brandon Wheat Kings, James Shearer is an intriguing add for the Dinos.

Having won the Ed Chynoweth Cup with the Wheaties in 2016, Shearer brings championship pedigree Howell is more than happy to have.

“Any time you can get guys out of real good programs like that, guys that have won, I think it’s important,” noted Howell. “I know Kelly McCrimmon personally, having worked for him and know what kind of program he runs there.

“[Shearer] comes highly recommended – he’s going to be a key piece to our team for a long time.”

With 46 points (12G-34A) in 146 WHL Regular Season games, Shearer has shown a touch of offensive skill during his WHL career, but it may be the reunion of Shearer with Jordan Papirny that may have sold Howell.

Coming off a successful first season in Canada West that saw lead the conference in save percentage while finishing a close second in goals-against-average, Papirny will be aided by the reunion.