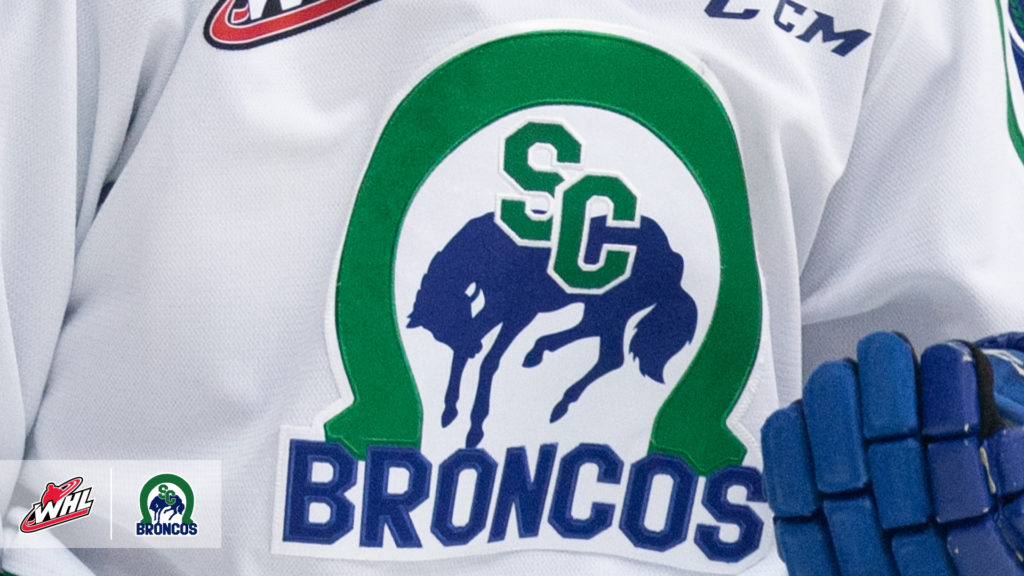 As Western Hockey League athletes look to compete at the highest level, we take a glance at what tracks and tunes get them focused before and after taking the ice. In this edition of WHL Playlists, we’ll take a scroll through the favourite tracks from the Swift Current Broncos!

Leading this edition of WHL Playlists is defenceman Kaleb Bulych with his selection of the mid-2000s alternative track “What I’ve Done” by Linkin Park.

“It’s a track I make sure I listen to before every game,” Bulych said. “It puts me in the right mindset and makes me want to leave everything on the ice for my team.”

Linkin Park are a rock group based out of Agoura Hills, Calif., formed in 1996. Headed by vocalist Chester Bennington and guitarist Mike Shinoda, Linkin Park released their debut album Hybrid Theory in 2000 which became a certified Diamond record by the Recording Industry Association of America. The band became one of the best-selling acts of the 21st-century, selling over 100 million records worldwide. The band won two Grammy Awards, two Billboard Music Awards and six American Music Awards among other achievements.

For Bulych’s brother, Aiden, he gets locked in listening to Albertan rock group Nickelback and their cover of the Elton John classic, “Saturday Night’s Alright.”

“I listen to this song all the time before games,” Bulych said. “It just gets my dialed in and ready to roll, I love Nickelback and Elton John so finding out they did a cover is pretty cool.”

Nickelback, originally founded in Hanna, Alta. in 1995, are one of the most successful Canadian rock bands having sold over 50 million albums worldwide. In 2009, Billboard ranked Nickelback as the most successful rock group of the decade, with their hit “How You Remind Me,” listed as the best-selling rock song of the decade. Headed by lead vocalist Chad Kroeger, the band has released nine studio albums and continue to be one of the premier rock groups.

“I listen to this song because it gets me game ready,” McGinley said. “I always listen to it to get focused in and ready to dominate on the ice. I also like how the track is a mix of rock and electronic, it is a cool mix.”

Jordan Edward Benjamin, known as Grandson, is a relatively new artist, making his major label debut in 2018 after releasing his EP A Modern Tragedy Vol.1 on June 15, 2018. He followed this project with the second half of the project, releasing A Modern Tragedy Vol.2 on February 22, 2019. The track “Blood//Water” was one of Benjamin’s early hits that appeared on several Billboard Chart lists across North America. Benjamin has emerged as one of the up and coming artists after the 26-year-old has supported acts such as Nothing But Thieves, The Smashing Pumpkins and Young the Giant. He also made his television debut in 2018, performing “Blood//Water” on an episode of Late Night with Seth Myers.

Rooted in Rock, the Broncos playlist features hard-hitting tracks that help the Club get locked in prior to puck drop and while training off the ice.