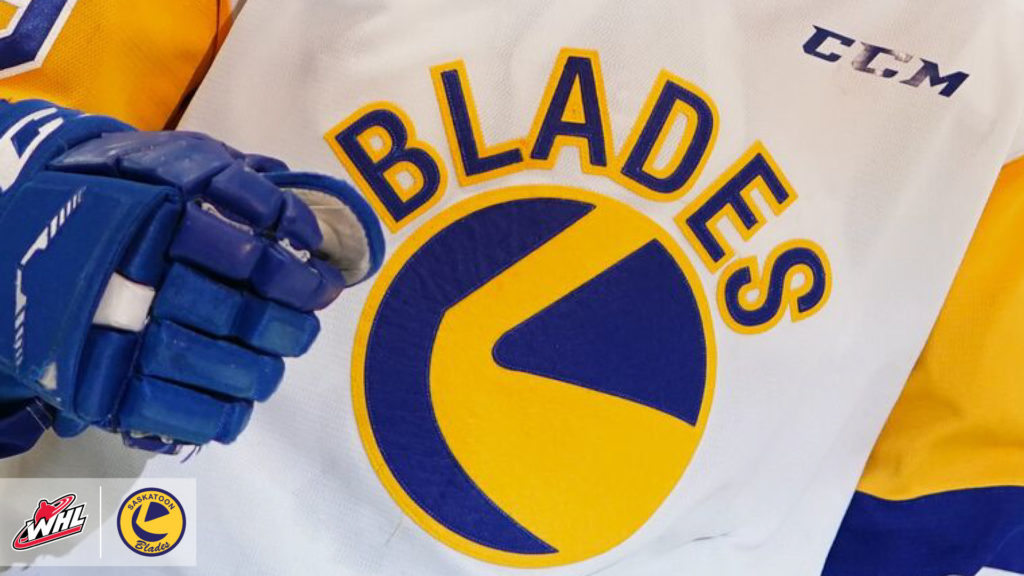 As Western Hockey League athletes look to compete at the highest level, we take a glance at what tracks and tunes get them focused before and after taking the ice. In this edition of WHL Playlists, we’ll take a scroll through the favourite tracks of the Saskatoon Blades.

Leading the way is 2020 NHL Draft hopeful Tristen Robins who is clearly one of the Club’s un official DJs. The product of Brandon, Man. submitted a complete playlist featuring the likes of Kanye West to the Chainsmokers, showcasing his character and the role music plays in his everyday.

“I couldn’t pick one song specifically,” Robins said. “I thought why not put a playlist together that is made up of some of the songs that we warm up, dance, and just have fun with!”

Below is a playlist Robins put together on Apple Music!

In the early days of “mix-taping”, the only way is was possible to create a catered set of songs was to use a dual-cassette player that would record tracks while they played in the background. This among other techniques, such as recording a track directly from the radio were the earliest playlists. Now streaming services making music more accessible than ever, allowing individuals to still compile their favourite 80’s tracks from Bon Jovi and A Flock Of Seagulls with far more ease. Platforms such as Spotify, Apple and Google all offer streaming services that not only allow users to listen to the artists they love while also suggesting  new artists based on previously played tracks and algorithms.

“This is the song that we pretty much listened to before every game,” Wouters said. “That’s why I like it, all the guys like it and it always got us fired up!”

Steve Aoki is an American DJ/producer from Miami, Flo. The 42-year-old has worked with a vast array of artists from Blink-182 to the Backstreet Boys. Aoki has drawn a world-wide following with his high energy DJ sets. In 2014, Aoki broke a Guinness record for the “most traveled musician in one year” performing 161 shows across 41 countries.

“I’ve listened to this song ever since my first year in the WHL,” Rhinehart said. “Ever since then, it’s always the last song I listen to before I go into the rink, it always gets me going for the game!”

Imagine Dragons gained rapid popularity after the release of their debut album, Night Visions, in 2012. The first track that gained exposure was the band’s hit “It’s Time” followed by the track “Radioactive.” Imagine Dragons’ hit track “Radioactive” would go on to hold the record for most weeks on the Billboard Hot 100 while also being named the Biggest Rock Hit of the Year, by Rolling Stone Magazine. The band has since released three more albums with their most recent project bring Origins. Imagine Dragons have won three American Music Awards, nine Billboard and one Grammy Music Award.

The Blades have a diverse playlist featuring everything from rap to electronic music and it is apparent this mix has helped them perform their best on and off the ice. Also make sure you give the Blades a follow on their Spotify account!