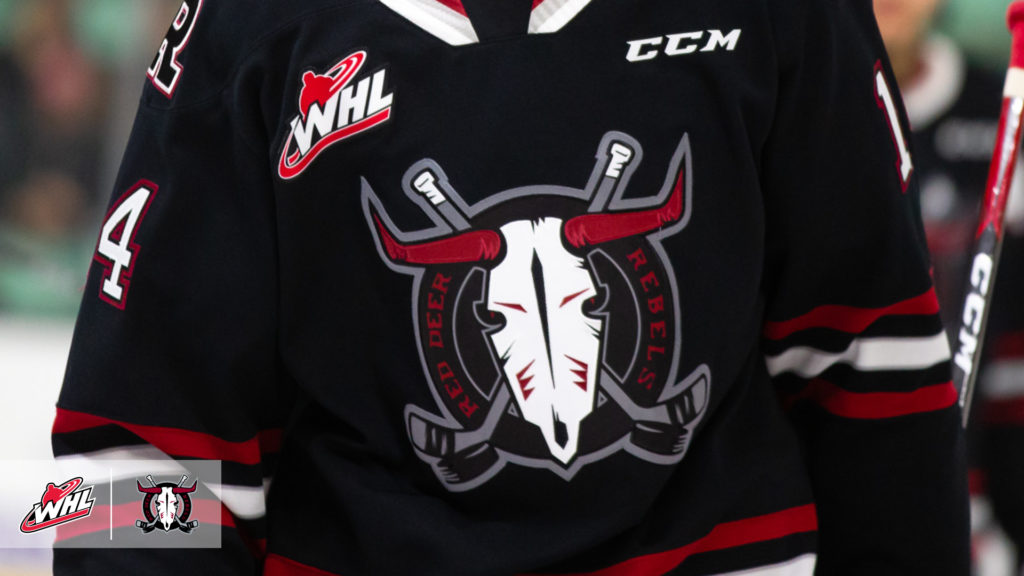 As Western Hockey League athletes look to compete at the highest level, we take a glance at what tracks and tunes get them focused before and after taking the ice. In this edition of WHL Playlists, we’ll take a scroll through the favourite tracks of the Red Deer Rebels.

“I grew up on country, it’s always been a part of me,” King said. “It’s great music for a long bus ride.”

King, the 17-year-old product of Vernon, B.C., finds himself ranked 121st among North American skaters by NHL Central Scouting heading into the 2020 NHL Draft. While King’s hometown of Vernon might be best known for being nestled in the heart of B.C.’s Okanagan Lake region, it’s only a short two-hour drive from the Country Music Capital of Canada – Merritt, B.C. Aside from its status as the Country Music Capital of Canada, Merritt is home to the ever popular Rockin’ River Country Musicfest, which welcomed country star Luke Combs to its stage in August 2018.

Rebels forward Jaxsen Wiebe chimes in on the Rebels playlist with the popular Combs track “When It Rains It Pours,” which debuted in June 2017 and has since been certified two-times platinum by the Recording Industry Association of America (RIAA).

Wiebe, a 17-year-old product of Moose Jaw, Sask., doesn’t limit his musical taste to that of the twang. He mixes in “Better When You’re Gone” from French DJ David Guetta featuring Brooks and Loote.

“I like to listen to rap and EDM when I’m training or getting focused for a game, but I just recently started liking country music,” Wiebe said. “That’s usually what I’ll listen to when I’m away from the rink or gym. I like old songs and new songs, lots of variety.”

Zak Smith, an 18-year-old product of Austin, Man., cruises to classic rock, including a few of his favourites from Guns N’ Roses, Pink Floyd, and Creedence Clearwater Revival.

Released in August 1988, “Sweet Child O’ Mine” is the only U.S. No. 1 single ever produced by Los Angeles’ Guns N’ Roses. Fronted by the enigmatic Axl Rose, Guns N’ Roses – despite only having charted one No. 1 single in the United States – is one of the top-selling artists in history, having moved 100 million records worldwide, including 45 million in the U.S. With over 30 million copies sold worldwide, the band’s top-selling record is 1987’s Appetite for Destruction, which includes the hit single “Sweet Child O’ Mine.”

“My dad always listened to classic rock, so naturally, that’s how I got into it,” Smith said. “There’s nothing better than driving around jamming to classic rock.”

For 18-year-old Joel Sexsmith, he is more partial to the indie/alternative scene, contributing to the Rebels playlist with Arcade Fire, MGMT and Grouplove.

“Electric Feel” comes from 2007’s Oracular Spectacular by Connecticut’s MGMT. Self-described as “shape-shifting psychedelic pop,” MGMT enjoyed its greatest commercial success with debut Oracular Spectacular, which in 2012 was ranked No. 494 by Rolling Stone magazine in its 500 Greatest Albums of All Time. The album also features the hit singles “Time to Pretend” and “Kids.”

“These tunes make up for the distorted speakers in my 2009 Honda Civic,” Sexsmith said.

Whether you’re into country, classic rock or indie/alternative, the Red Deer Rebels have plenty of ear candy to offer up on this edition of WHL Playlists.