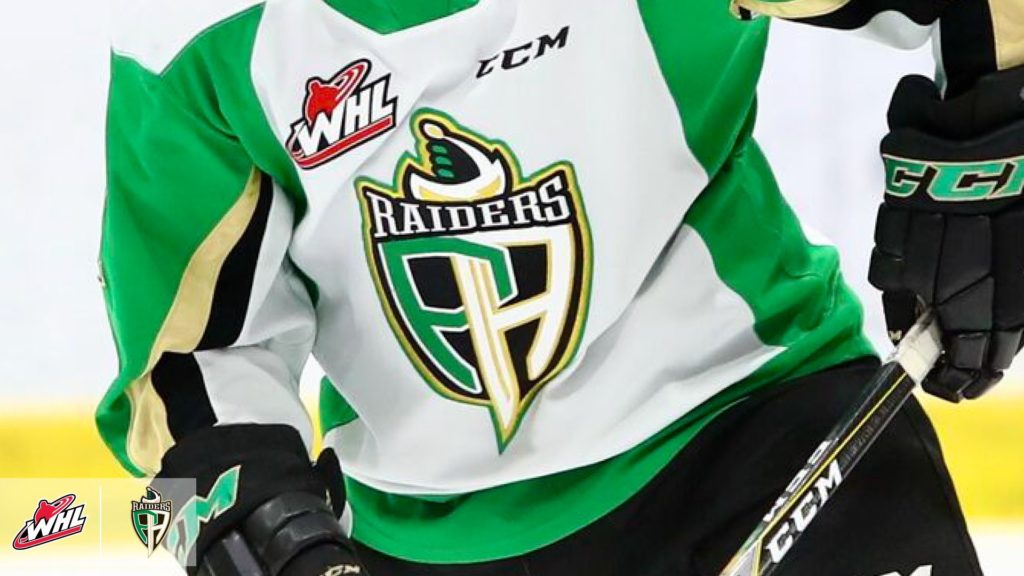 As Western Hockey League athletes look to compete at the highest level, we take a glance at what tracks and tunes get them focused before and after taking the ice. In this edition of WHL Playlists, we’ll take a scroll through the favourite tracks of the East Division-winning Prince Albert Raiders.

Leading this edition of WHL Playlists for the Raiders is 2020 NHL Draft-eligible goaltender Max Paddock who, like his teammate Landon Kosior, grew up loving country music and enjoys newer country hits as well.

For Paddock, one of his favourite tracks is Travis Denning’s hit “Tank of Gas and Radio Song.”

One of Kosior’s favourite artists is country star Kenny Chesney. A track that has always stuck out for the 17-year-old is Chesney’s hit “I Go Back.” Prior to becoming a full-time country star, Chesney was an elementary school teacher. For Kosior, he remembers Chesney’s tracks echoing in the dressing rooms when he started playing hockey.

“It’s a good country song I used to listen to as a kid,” Kosior said. “During stressful times, it helps me relax and reminds me of when I was a little kid just starting to play hockey.”

For Raiders defenceman Remy Aquilon, he likes taking the time before games to focus in with pop music. One artist standing out on Aquilon’s playlist is pop sensation Halsey. One of the award winning-artists tracks that Aquilon enjoys is “You Should Be Sad” from Halsey’s album Manic.

“I like this song because it has a good beat and Halsey’s voice is unbelievable,” Aquilon said. “It also reminds me of the season, because we would always listen to it in the dressing room.”

For forward Ilya Usau, he enjoys a variety of genres that get him ready before puck drop including emerging artist Khalid and rapper 2 Chainz. One of Usau’s favourite Khalid track is “Young, Dumb and Broke” from his album  American Teen. Khalid is a 22-year-old singer/songwriter from Fort Stewart, Ga. who has released two full-length albums featuring artists such as John Mayer.

“A lot of Khalid’s tracks remind me there’s only one life and you’ve got to have fun with it,” Usau said.

Overall, the Raiders have a diverse music taste spanning across various genres from country to pop. Throughout the season, various players noted the importance of using music to celebrate wins as well as getting locked-in before games.

Check out the playlist below comprised of tracks selected by the Prince Albert Raiders: