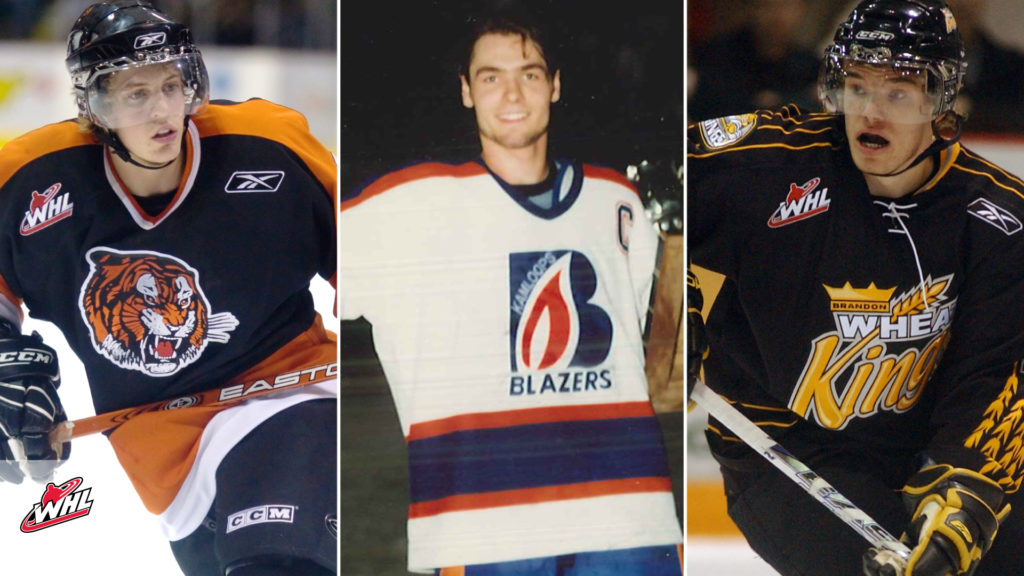 The Kamloops Blazers of the early 1990s had their fair share of future stars, but contributions throughout the lineup is what helped make the Club such an intimidating presence. After winning the WHL Championship and Memorial Cup both in 1992 and 1994, they sought out hosting duties for the 1995 edition of the tournament. Topping the league once again, their explosive offensive carried them to another WHL Championship victory to send them into their hosting duties on a high note. Along that four-year run, Castor, Alta. product Darcy Tucker emerged into one of the WHL’s top talents, finishing second in regular season scoring and first in playoff scoring in 1995 as the team’s captain.

On May 21, 1995, Tucker scored the game-winning goal in an 8-2 win for the Blazers against the Detroit Junior Red Wings in the championship final of the 1995 Memorial Cup. Just 28 seconds after going up 2-0 on a goal by Brad Lukowich, Tucker struck for the goal that would confirm their third Memorial Cup in four seasons. While the wins of 1992 and 1994 were sweet, accomplishing the feat on home ice was the perfect way for that group of players to conclude the team’s dynasty. 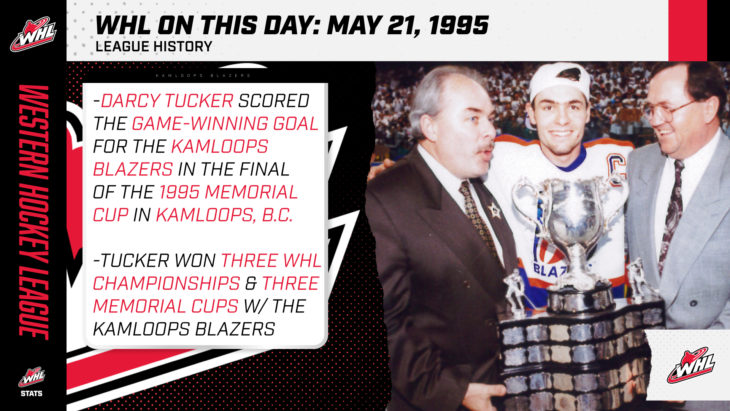 Considering the player he’s become, it’s incredible to think of how Tyler Ennis went undrafted in the WHL. In his second season with the Medicine Hat Tigers, Ennis broke out for 50 points (26G-24A) in 71 games as the Tigers roared to the second-best record in the league and the top record in the Eastern Conference. Eventually besting the Vancouver Giants in the 2007 WHL Championship Series, they advanced to the 2007 Memorial Cup in Vancouver with their sights set on another trophy.

On May 21, 2007, Ennis recorded four points (2G-2A) in a 4-1 win over the Plymouth Whalers in round-robin play at the 2007 Memorial Cup. The Tigers dropped their opening game to the Lewiston MAINEiacs and were determined to rebound in their second game. Just 117 seconds into the match, Ennis set up Brennan Bosch for the game’s first goal. He then scored the game-winning goal 4:25 into the first and added an insurance goal 1:43 into the second period. He later set up a Daine Todd goal early in the third. The win helped build momentum for the Tigers where they’d advance to the championship final that Sunday, ultimately falling to the Giants. 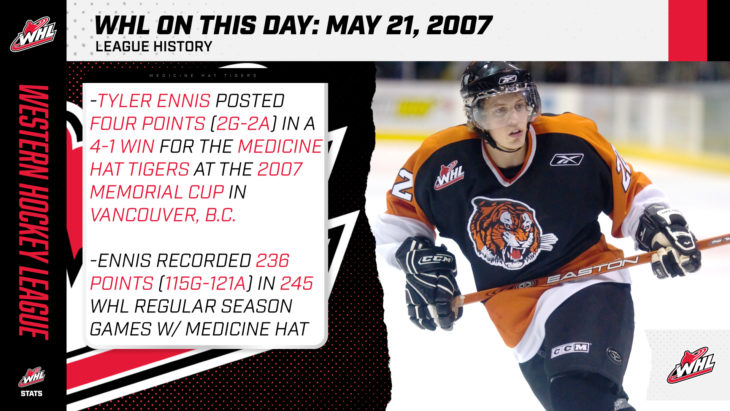 In the 2009-10 season, the Brandon Wheat Kings faced strong expectations as hosts of the 2010 Memorial Cup. They backed up that expectation in the regular season with a 50-18-1-3 record, claiming the East Division title as well as the second-best record in the Eastern Conference and the entire league. Helping them to that performance was Jay Fehr, who tallied 80 points (26G-54A) in 66 games during his overage season. With the Wheaties getting eliminated in the Eastern Conference Championship at the hands of the eventual WHL Champion Calgary Hitmen, there was a chance for redemption at the Memorial Cup just a few weeks later.

On May 21, 2010, Fehr scored 3:16 into the first overtime as the Wheat Kings beat the Hitmen 5-4 in the semi-final of the 2010 Memorial Cup. The Hitmen took a 3-1 lead into the second half of regulation, but the Wheat Kings scored three-straight goals to push them ahead by the early portion of the third. Misha Fisenko would tie up the game later in the period to force overtime, where Fehr played the role of hero. The win propelled the Wheat Kings into the championship final two days later against the Windsor Spitfires. Though they didn’t come out on the winning end in the final game, the electric atmosphere at the arena two nights before will long be remembered.

Fehr concluded his WHL career with 234 points (81G-153A) in 254 WHL regular season games for the Wheat Kings. The Morden, Man. product also tallied 34 points (8G-26A) in 41 WHL playoff games. After splitting the following season with the Acadia Axemen and Dresdner Eislöwen in Germany, Fehr played in the South Eastern Manitoba Hockey League for his hometown up until the 2018-19 season. 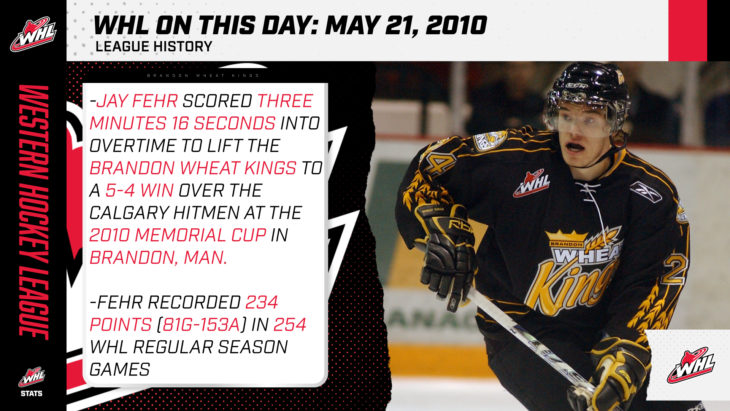