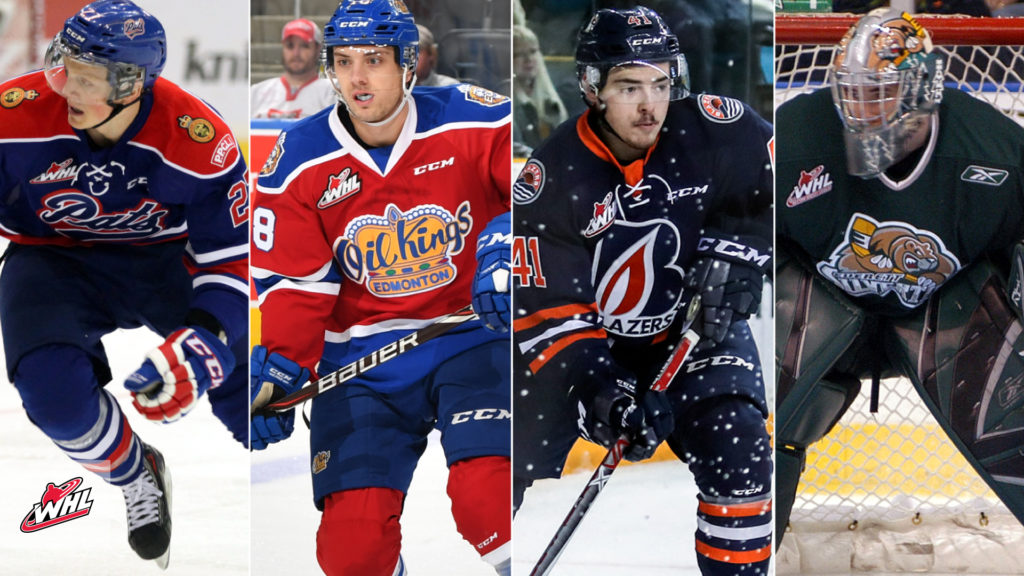 Irving had a performance to remember in the first round of the 2006 WHL Playoffs against the Tri-City Americans. With the Silvertips winning in five games, Irving allowed just four goals over the course of the series, posting a pair of shutouts along the way. One of those shutouts came in the series-clinching victory on March 31, 2006 as he made 25 saves to deny the Americans a chance to get back in the series.

Following his team’s run, Irving was chosen 26th overall by the Calgary Flames at the 2006 NHL Draft. After concluding his WHL career in 2008, Irving eventually made his NHL debut during the 2011-12 season. He would earn his first NHL victory on December 23, 2011 against the Vancouver Canucks. He last played in North America for the American Hockey League’s San Diego Gulls during the 2017-18 season and has played the last two seasons in Italy. 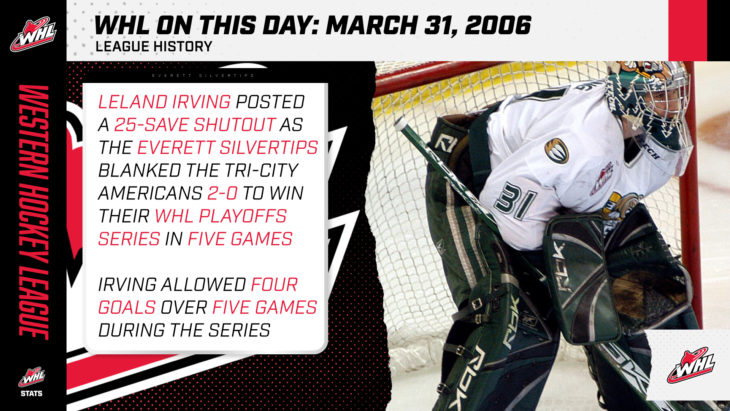 2015 – Austin Wagner, Regina Pats
The 2014-15 WHL Regular Season was a breakout campaign for Regina Pats forward Austin Wagner as he tallied 39 points (20G-19A) in 61 games to put him on the map for the 2015 NHL Draft. Still a young part of the team’s roster, Wagner tallied one goal during the Pats’ run in the 2015 WHL Playoffs but still made it count.

In Game 3 of the Pats’ first-round series against the Swift Current Broncos, the Broncos were eager to get back in the series on home ice and took a 4-3 lead on a goal by Colby Cave 25 seconds into the third period. After Colby Williams scored to force overtime, Wagner sealed the deal in the Pats’ favour 4:25 into the extra frame. The Pats would shutout the Broncos 4-0 the following night to move onto the next round.

A few months after his team’s run ended, Wagner was selected 99th overall by the Los Angeles Kings at the 2015 NHL Draft. On November 21, 2018, Wagner scored his first NHL goal against the Colorado Avalanche. To date, the 22-year-old has 32 points (18G-14A) in 127 NHL regular season games. 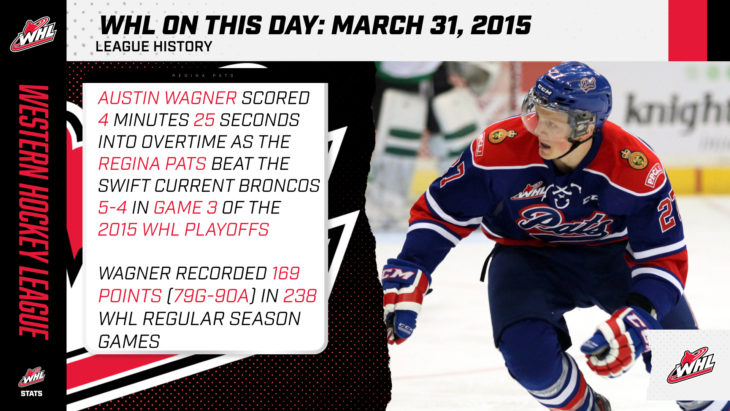 2017 – Kamloops Blazers
Throughout the 2016-17 WHL Regular Season, the Kamloops Blazers and Kelowna Rockets remained fiercely competitive against each other as part of a three-way race for the top spot in the B.C. Division. Though neither came away with the division title, fans of both sides were treated to a six-game series between the two clubs in the first round of the 2017 WHL Playoffs. The geographical rivals battled hard against each other, with the Rockets earning a 3-1 series advantage through a pair of games in each home rink.

Looking to stave off elimination, the Blazers dug deep in Game 5 on the road. After giving up the opening goal midway through the first period, the Blazers scored four-unanswered goals to take the 4-1 win. Scoring for the Blazers, Garrett Pilon, Quinn Benjafield, Rudolfs Balcers, and Collin Shirley each found the back of the net to extend the series to a sixth game.

Between the pipes, Connor Ingram made 32 saves on 33 shots to earn the win. That game completed a stretch of 178:43, where Ingram posted two wins, allowed three goals, and stopped 117 of 120 shots for a 0.975 save percentage during a three-game stretch in the series.

Of the quintet mentioned, Pilon, Balcers, and Ingram have all begun their professional hockey careers, playing mainly in the AHL. For Shirley and Benjafield, the pair used their WHL Scholarships and went from teammates to opponents in Canada West play, with Shirley suiting up for the University of Saskatchewan Huskies and Benjafield playing for the University of British Columbia Thunderbirds. Their teams clashed in the Canada West Men’s Hockey Final in late February 2020. 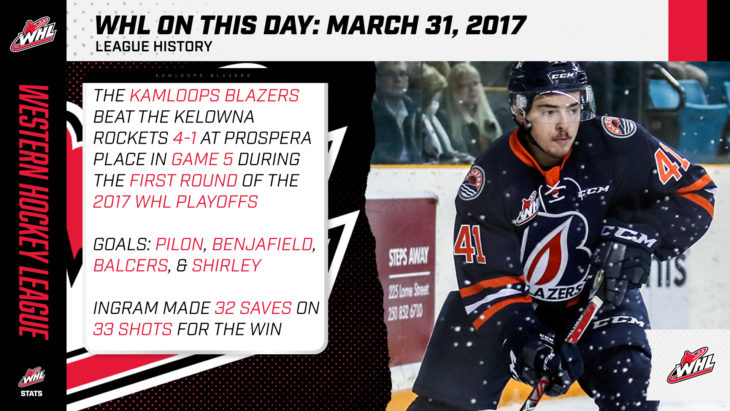 Despite their strong regular season, the Oil Kings found themselves in tough during the first round of the 2019 WHL Playoffs against the Medicine Hat Tigers. The Tigers won Games 1 and 3 of the series, but the Oil Kings went looking for the series win in Game 6 on March 31, 2019 in Medicine Hat.

Down 3-1 in the second period, goals from Wyatt McLeod and Conner McDonald tied up the game to force overtime. Just 2:43 into the extra frame, Loschiavo and captain Trey Fix-Wolansky broke out on an odd-man rush, with Fix-Wolansky feeding the Winnipeg, Man. product for the series-winning goal. Loschiavo led the Oil Kings during the 2019 WHL Playoffs with seven goals and finished tied for the scoring lead with 14 points.

Following the conclusion of his WHL career, Loschiavo played the 2018-19 season with Asiago in Italy. 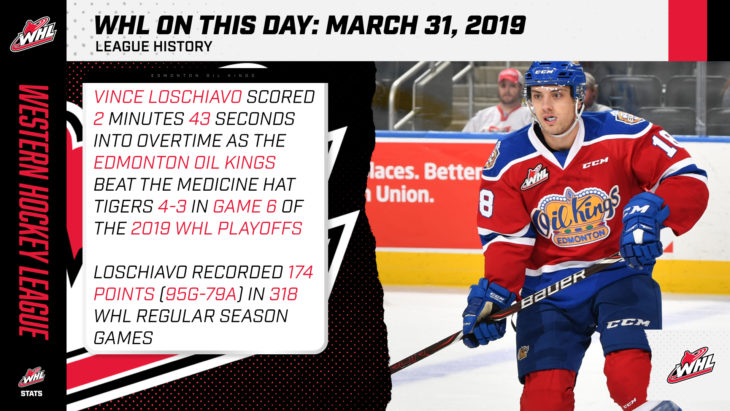