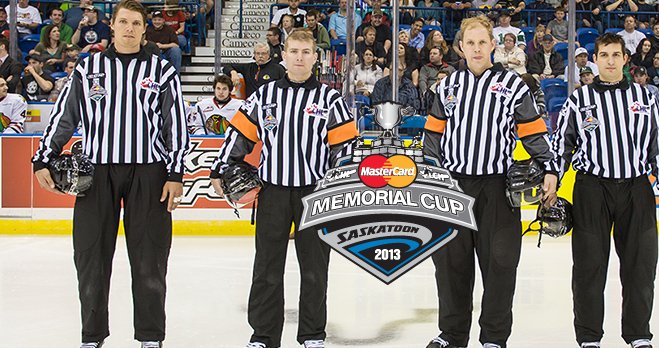 SASKATOON, SK – The spotlight at the 2013 MasterCard Memorial Cup tournament may be pointed at names like Seth Jones of the Portland Winterhawks, Nathan MacKinnon of the Halifax Mooseheads, and many other young, rising stars in the Major Junior hockey ranks.

After all, hockey fans are keen to see the next wave of NHL stars show their skills on North American junior hockey’s biggest stage.

However, the MasterCard Memorial Cup tournament is also a showcase for the officials.  As much as the Canadian Hockey League is a development platform for young players, it serves as the world’s best development system for referees and linesmen as they work their way towards the professional level.

“Our officials work hard and compete all year for the opportunity to be rewarded for their on-ice performance and earn a chance to go to the MasterCard Memorial Cup tournament and work with the best teams in North America,” said Kevin Muench, the WHL’s director of officiating.

The Western Hockey League has seven officials working the 2013 MasterCard Memorial Cup tournament, with five linesmen and two referees getting the nod to work the CHL’s showcase event.

Nathan Wieler, the WHL’s Top Official for the 2012-13 season, is among the four refs selected to work the tournament.  Though he has numerous major events under his belt over his 14-year tenure in the WHL, including a few WHL Championship series’, IIHF international tournaments, and national championships at the Junior ‘A’ and CIS levels, he is working his first MasterCard Memorial Cup tournament.

“It is a little bit different,” said Wieler of the Memorial Cup experience.  “It’s neat having the top teams from across the entire CHL, and the national exposure that comes with it, but at the end of the day you have to treat it like another hockey game.

“You have to zone in and focus on the game because all the other stuff going on around you can become a distraction,” he said.

While Wieler has plenty of experience working on big stages and in pressure-filled atmospheres, WHL linesman Ryan Gibbons is a relative newcomer to the world of officiating.

A WHL graduate as a player, having spent five years with the Seattle Thunderbirds, Gibbons is only in his second year as an official in the WHL.  His understanding of the game and his talent on the ice, however, has allowed him to advance quickly to the point where he finds himself working at the MasterCard Memorial Cup tournament.

“It’s been a lot of fun,” said Gibbons.  “Having played in the League definitely has helped with understanding situations and seeing the game in a different way.”

Working on such a high-profile stage at the Memorial Cup does add extra pressure to the job, and decisions made on the ice become of critical importance.  After all, the eyes of fans, teams, media and colleagues are focused squarely on the games.  The role officiating plays can make a big impact on the outcome of those games.

“When you’re on the ice and things are happening in a split second, you don’t have the luxury of slowing things down and watching plays over and over again,” said Gibbons.  “We have our morning meetings where we can see plays frame-by-frame, and make adjustments to our positioning or the way we call certain situations.”

The WHL’s track record for developing officials who go on to work at the highest professional levels mirrors the League’s success in developing elite players who go on to NHL stardom.  The guidance from Muench and the WHL’s officiating supervisors drives that success.

“Ultimately, I think me being here is a testament to the development that the WHL offers,” said Gibbons.  “The supervision we receive and the development camps that we attend, it’s top-notch.”

“You can’t beat the effort that goes into the WHL officiating program, and the experience and knowledge of the people who run it,” said Wieler.  “The goal is to always try and improve and evolve with how the game evolves, and the work that goes into it is second to none.

“It’s 12 months a year, seven days a week with the effort and work put into the program,” Wieler added. 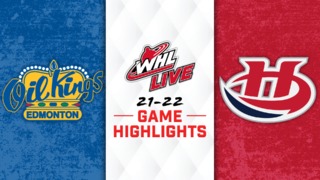 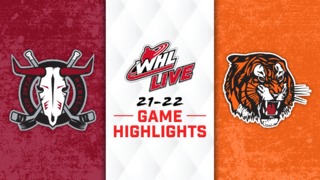 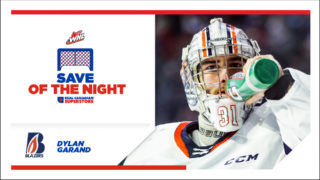 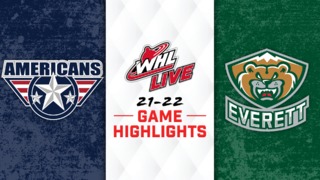