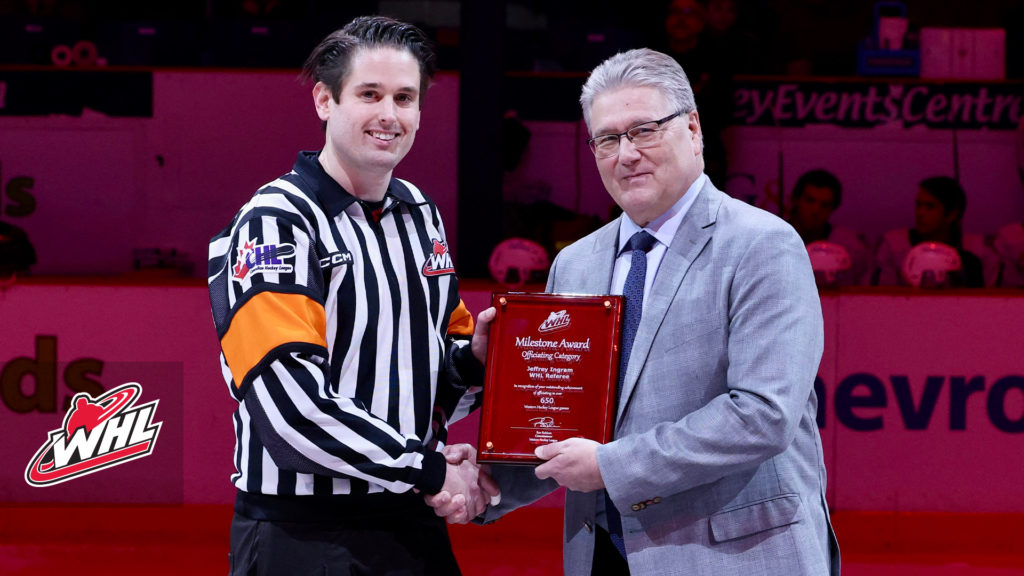 Langley, B.C. – The Western Hockey League announced today WHL Official Jeff Ingram has been honoured with the WHL Milestone Award. Ingram was recognized by WHL Senior Director, Officiating, Kevin Muench in a special ceremony prior to this afternoon’s game between the Portland Winterhawks and Vancouver Giants.

The WHL Milestone Award is presented to WHL players, coaches, trainers, officials, and WHL Championship teams for their outstanding achievements.

“On behalf of the WHL and our member Clubs, we would like to congratulate Jeff on receiving this prestigious WHL Milestone Award,” commented WHL Commissioner Ron Robison. “It takes a tremendous commitment to be an official in the WHL and we would like to thank Jeff for his remarkable service to our League over the past 14 seasons.”

Ingram has served as an Official during six WHL Championship Series, most recently in 2022. He has also represented the WHL at two Memorial Cups, including 2016 and 2018.

During the 2019-20 season, Ingram was recognized for his outstanding efforts when he was awarded the Allen Paradice Memorial Trophy, presented annually to the WHL’s Top Official.

Internationally, Ingram worked the 2019 IIHF World Junior Championship as well as the 2016 IIHF U18 World Championship. 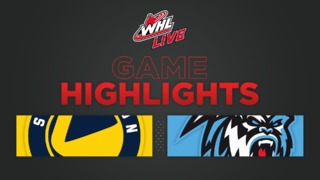