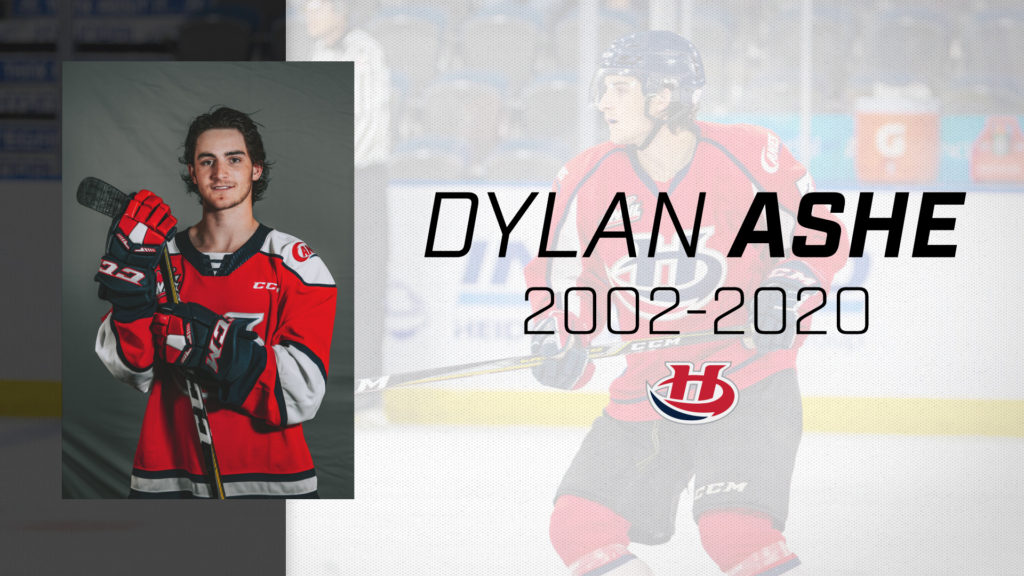 The Western Hockey League is deeply saddened to learn of the passing of Lethbridge Hurricanes prospect Dylan Ashe.

A native of Warman, Sask., Ashe was born on July 22, 2002. He passed away suddenly on Saturday evening.

Though he went unselected in the WHL Bantam Draft, Ashe persevered in his pursuit of the game he loved and was listed by the Lethbridge Hurricanes in September 2018. After an outstanding 2018-19 campaign with the Tisdale AAA Trojans of the Saskatchewan Midget Hockey League, Ashe signed a WHL Standard Player Agreement with the Hurricanes on April 10, 2019 – recognition for his unwavering efforts and dedication to improving his game.

The 2019-20 season saw Ashe continue his development with the Melfort Mustangs of the Saskatchewan Junior Hockey League. In 46 regular season games, he registered six points (2G-4A) and was a steady presence on the blueline for a Mustangs squad that finished second in the SJHL’s Sherwood Division with a record of 32-17-6-3.

As an 18-year-old defenceman, Ashe was expected to join the Lethbridge Hurricanes for the team’s 2020 training camp, and to compete fiercely for a roster spot with the WHL Club.

The WHL wishes to extend heartfelt condolences to Dylan’s entire family, his teammates with both the Hurricanes and Mustangs, and his many friends.

We are saddened to learn of the passing of Hurricanes prospect, Dylan Ashe. Our deepest condolences to Dylan’s family, friends, and teammates. Rest In Peace, Dylan. ❤️💙 #AlwaysACane pic.twitter.com/vyDHxY9Nsn