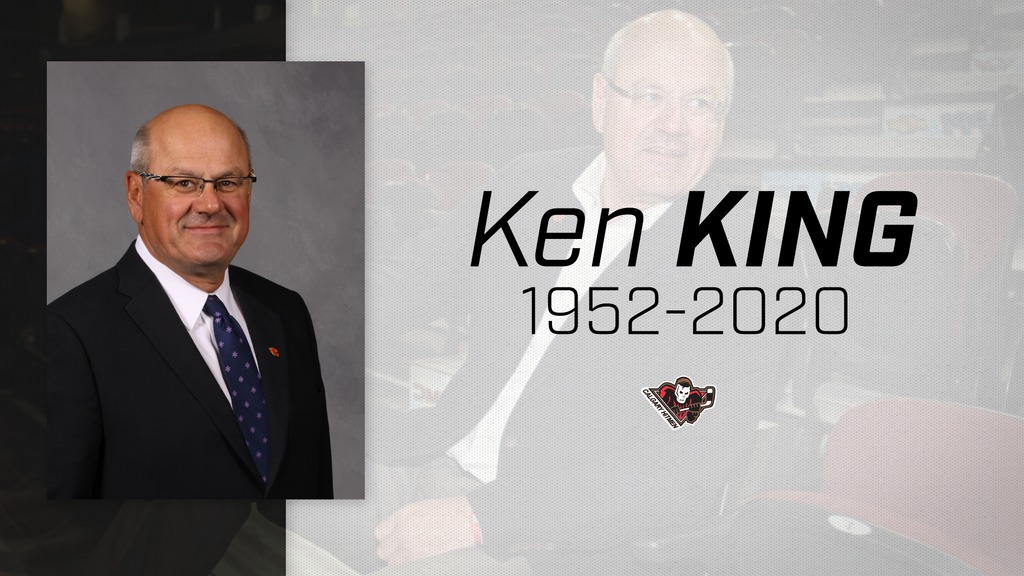 King, a native of Hanley, Sask., passed away at the age 68 Thursday.

Joining CSEC in 2001, King spent 17 seasons as the President and CEO of the WHL’s Calgary Hitmen. King served in the same role with the National Hockey League’s Calgary Flames, staying on as CEO until 2019. He oversaw the growth of the Hitmen on and off the ice in Calgary’s sports community throughout the past two decades.

“Ken played an integral leadership role as a Governor of the Calgary Hitmen for many years,” commented WHL Commissioner Ron Robison. “He was highly respected for his business acumen and the significant contributions he made to both the Hitmen organization and the WHL as a whole.

“Our thoughts and prayers go out to Ken’s family.”

During this time, the Hitmen won their second WHL Championship in 2010 while also providing hundreds of players with the opportunity to achieve their academic and professional hockey goals.

As President and Governor of the Calgary Hitmen, King played a central role in the Calgary Hitmen’s outdoor game in 2011 as part of the NHL Heritage Classic at McMahon Stadium. In particular, King served a vital role in the success of the Flames Foundation which has contributed over $32 million to community causes in Calgary and southern Alberta.

The WHL wishes to extend its deepest sympathies to the entire King family as well as CSEC.

King is survived by his wife Marilyn, his daughters Amanda and Jocelin, and his grandchildren whom we know he loved dearly.

CSEC ownership, management, and staff are sad to announce the passing of our former President & CEO and our current Vice Chair Ken King.

He was our leader and our friend and he will be greatly missed.