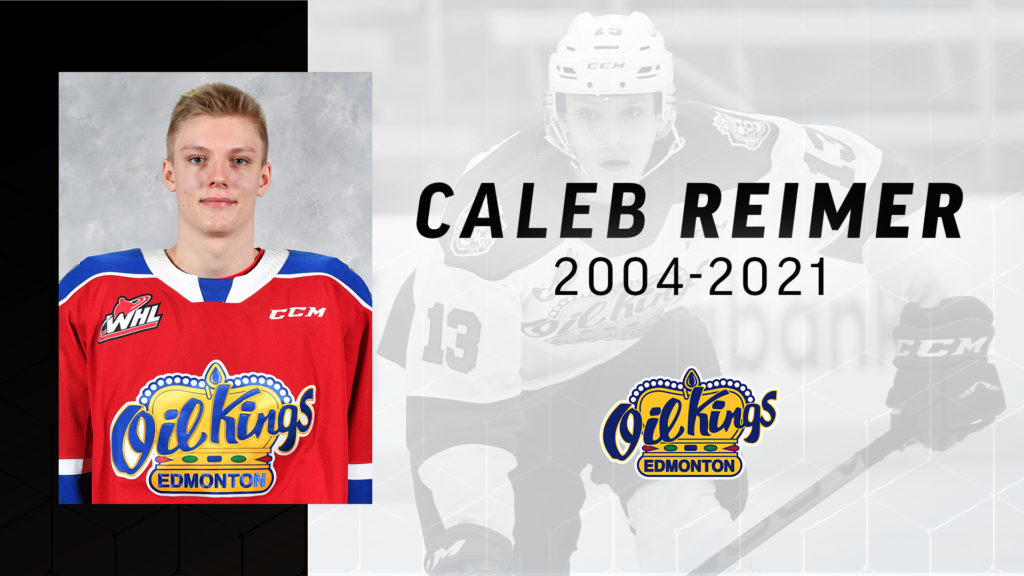 “All of us in the WHL are shocked and saddened to learn of the tragic accident involving Edmonton Oil Kings forward Caleb Reimer and his former teammates from the Delta Hockey Academy,” commented WHL Commissioner Ron Robison. “The WHL extends its heartfelt condolences to Caleb’s family, his teammates on the Oil Kings and previously with the Delta Hockey Academy and his many friends. Our thoughts and prayers are with you during this very difficult time.”

Reimer was a first-round pick, 18th overall, by the Oil Kings in the 2019 WHL Draft, signing his WHL Standard Player Agreement weeks after being selected. The product of Surrey, B.C. competed in three pre-season games with Edmonton in September of 2019 before spending the 2019-20 season with the Delta Hockey Academy U18 Prep team of the CSSHL.

Reimer earned a roster spot with the Oil Kings in advance of the 2020-21 WHL season. After making his regular season debut March 5, 2021, Reimer collected an assist in his second outing the following day.

Reimer scored his first WHL goal April 17, 2021 against the Lethbridge Hurricanes, finishing the 2020-21 WHL season with five points (3G-2A) from 19 games played, as Edmonton claimed the Central Division championship with a 20-2-0-1 record.

We are deeply saddened to learn of the tragic passing of #OilKings 2019 first-round draft pick Caleb Reimer at the age of 16. Caleb was part of our family & will be a tremendous loss in all of our hearts.