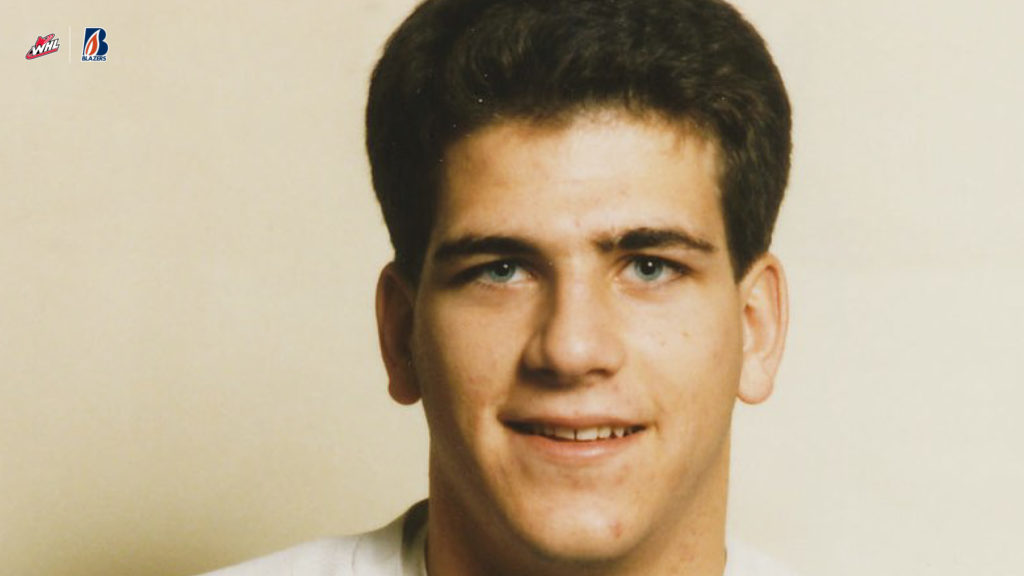 When Monday’s induction ceremony for the Class of 2017 into the Hockey Hall of Fame came to a close, Kamloops Blazers alumni and now part owner Mark Recchi had his name immortalized among hockey’s greatest to ever play the game.

Looking back on his career that started with him being underestimated due to his lack of size, there was no doubt about where he belonged once he hung up his skates.

Recchi’s career started well before the day he suited up for the New Westminster Bruins in the 1984-85 season, but from that point on it was clear he was destined to be a special part of hockey’s history. After those first four games, Recchi would spend one more season with the Bruins before joining the Kamloops Blazers for the 1986-87 and 1987-88 campaigns.

It was with his hometown Blazers that Recchi came into his own as an offensive talent. He tallied 76 points (26G-50A) in his first season back home and followed that up with a 154-point campaign (61G-93A) in just 62 games with the Blazers. Those teams would also enjoy long playoff runs, winning their division in both years as part of a run of five-straight division titles for the Blazers.

“I don’t think I would’ve made it if I didn’t get that opportunity to go back and play in Kamloops,” Recchi said during his induction speech Monday, sharing stories about the special influence Kamloops and the Blazers had on his growth as a human being and professional hockey player.

By the time the Pittsburgh Penguins came calling in the fourth round of the 1988 NHL Draft with the 67th selection, Recchi’s career was blossoming. He had been a part of the gold medal-winning squad at the 1988 World Junior Ice Hockey Championships and tallied 292 points (109G-183A) in 178 WHL regular season games. He also had 50 points (13G-37A) in 30 playoff games with the Blazers.

By his third season, he was a regular NHLer, playing his first full season and helping the Penguins win the franchise’s first Stanley Cup in his rookie season. He’d go on to win two more, one with the Hurricanes in 2006 and with the Bruins in 2011, where the deciding game came in his home province of British Columbia, creating the perfect stage for Recchi to announce his retirement.

Recchi has since added two more Stanley Cup rings to his collection with the Penguins in his front office role following victories in 2016 and 2017.

Perhaps Recchi’s most defining quality was his longevity and ability to be an offensive contributor while playing at the NHL level in four different decades. He has seven 30-goals seasons to his name and nine other seasons where he surpassed the 20-goal plateau. Besides his original 15-game audition with the club back in the 1988-89 season, Recchi’s production in a season never dipped below 40 points. He also surpassed 100-points in a season on three occasions (1990-91, 1992-93, 1993-94), coming within three points of accomplishing it a fourth time (1991-92) as well.

As a 5-foot-10, sub-200-pound player, the odds were stacked against Recchi, but he continually made believers out of his critics throughout his career, one he himself wasn’t sure would last as long as it did.

Recchi’s jersey has been retired by the Blazers and he joined the club’s ownership group in 2007. He currently works as an assistant coach with the Penguins.

During the WHL’s 50th Season celebrations, Recchi was voted among the top 125 players in WHL history, landing 23rd.

In total, seven individuals were elected to the Hockey Hall of Fame Membership on Monday, including five in the Player Category and two in the Builder Category.

Clare Drake, longtime head coach of the University of Alberta Golden Bears men’s hockey team, was inducted in the Builder Category. For 28 years, he coached the Golden Bears, claiming six national titles and twice being honoured as university hockey coach of the year (1967 and 1968).

“I am truly humbled to be elected to the Hockey Hall of Fame,” Drake said. “As a Canadian university hockey coach, this honour is truly special.”

Also elected in the Builder Category is Jeremy Jacobs, owner and governor of the Boston Bruins since 1975.

Established in 1943, the Hockey Hall of Fame’s mandate is to recognize and honour the achievements of players, builders and officials who bring special distinction to the game of hockey, and to collect, preserve, research and exhibit objects, images and resource materials connected with the game as it is played in Canada and throughout the world.

“Not drafted until the 4th rd, Recchi would end up outscoring every other player in his draft class.” HHOF speech: https://t.co/kKXi1wdstW pic.twitter.com/ci0I0Eeyjd

Congratulations on your induction into the Hockey Hall of Fame, @Markrecchi8! #GoHabsGo pic.twitter.com/fOlFR4yrNK

Read up on the 8⃣ greatest moments of Mark Recchi's #Flyers career as he enters the Hall of Fame: https://t.co/bih7uGyUJh