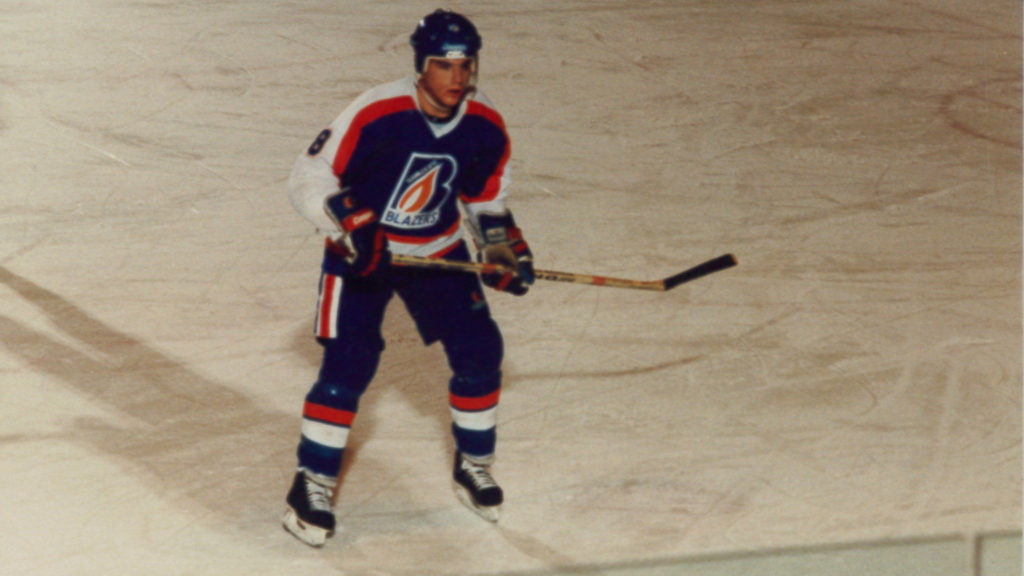 “I can’t thank the Selection Committee enough for this recognition,” Recchi said. “It’s an incredible feeling and the icing on the cake after 22 years of playing the game.”

Recchi went on to be drafted in the fourth round, 67th overall by the Pittsburgh Penguins in the 1988 NHL Entry Draft.

He joined the Penguins full-time in 1989 and began the fourth longest regular season NHL career in history, playing in 1,652 games. Recchi skated in seven NHL All-Star Games and won his first Stanley Cup in Pittsburgh in 1991. He went on to add championships in Carolina in 2006 and Boston in 2011 – only the 10th player in NHL history to win Stanley Cups on three different teams.

He has seen success on the international stage as well, having won Gold medals with Team Canada at the 1988 IIHF World Junior Championship and the 1997 IIHF World Ice Hockey Championship.

Recchi’s jersey has been retired by the Blazers and he joined the club’s ownership group in 2007.

During the WHL’s 50th Season celebrations, Recchi was voted among the top 125 players in WHL history, landing 23rd.

He currently works as the Penguins’ Director of Player Development.

In total, seven individuals were elected to the Hockey Hall of Fame Membership on Monday, including five in the Player Category and two in the Builder Category. The vote took place Monday at the annual meeting of the Selection Committee in Toronto.

Clare Drake, longtime head coach of the University of Alberta Golden Bears men’s hockey team, will be inducted in the Builder Category. For 28 years, he coached the Golden Bears, claiming six national titles and twice being honoured as university hockey coach of the year (1967 and 1968).

“I am truly humbled to be elected to the Hockey Hall of Fame,” Drake said. “As a Canadian university hockey coach, this honour is truly special.”

Also elected in the Builder Category is Jeremy Jacobs, owner and governor of the Boston Bruins since 1975.

Established in 1943, the Hockey Hall of Fame’s mandate is to recognize and honour the achievements of players, builders and officials who bring special distinction to the game of hockey, and to collect, preserve, research and exhibit objects, images and resource materials connected with the game as it is played in Canada and throughout the world.