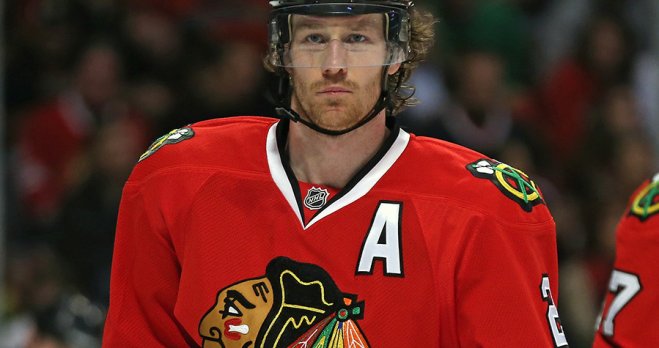 “Obviously, it is a pretty surreal feeling,” Keith said less than an hour after winning the award for the second time in his career. “Like I said in the speech, there are so many good defensemen in the League and I’m proud to represent all the defensemen.”

For some, Keith’s success is a product of his team, loaded with game-breakers at every position. For others, this Norris Trophy is a reflection of a skill set that places him among the elite at his position.

In reality, it is a combination of both.

Detroit Red Wings coach Mike Babcock has coached against Keith enough times to know he is nearly impossible to game plan against. Babcock has also coached him with Team Canada at the Winter Olympics and understands Keith’s unique gifts can be a difference-making option.

“Unbelievable skater, good hockey sense, moves the puck,” Babcock said Tuesday afternoon before the 2014 NHL Awards show began at Encore Theater at Wynn Hotel. “When you look at [the Blackhawks] and you look at franchise players they have a few of them. There’s very few teams, maybe [Los Angeles] with [Anze] Kopitar, [Drew] Doughty and [Jonathan] Quick, that have franchise players in all three positions. Keith is in a good situation for him. They play an up-tempo game. He’s got good people around him, but he’s an elite, elite player.”

Los Angeles forward Dustin Brown has butted heads against Keith countless times, both in the NHL and on the international stage. They have played against each other in back-to-back Western Conference Finals.

“For me, it’s just his skating ability,” Brown said after winning the Mark Messier NHL Leadership Award presented by Bridgestone at the Awards. “He’s a guy that likes to get in on the forecheck and get physical and for guys like that it is very hard to get hits on them. He has the ability to get himself out of trouble. He’s a real big part of that team from the back end. He’s one of those guys that plays against top guys but also has the offensive side of the game. He’s the best offensive guy he has on the back end and he really helps those forwards with their transition game because of his heads-up play and he moves the puck really quick.”

Despite all that praise, Brown still thinks Keith might be underrated.

“When you have teams filled with superstars, there are guys that make a big difference [that go under the radar],” he said. “The impression I get is Keith is pretty comfortable just going through and doing what he needs to do.”

On a team dominated by captain Jonathan Toews and flamboyant forward Patrick Kane, Keith often does get lost. He’s OK with that.

“What means the most to me is to be part of an organization that treats its players so well and I think when you have that team success with great teammates everyone looks better individually,” Keith said Tuesday. “You look at the L.A. Kings winning this year; it’s a team game. There is no one guy that is above the team. I think that is what makes it such a special sport.”

But, this year, the Professional Hockey Writers’ Association bestowed upon Keith his second Norris Trophy. He was an easy winner, finishing well ahead of Zdeno Chara of the Boston Bruins and Shea Weber of the Nashville Predators. Keith received 68 first-place votes and 1,033 points while Chara finished second with 21 first-place votes and 667 points.

Yet Keith kept passing the praise onto others. On Tuesday, he repeatedly thanked his defense partner in Chicago, Brent Seabrook.

“I would not be up here without good teammates and I’m lucky to have a good defense partner in Brent Seabrook, who really complements my game,” Keith said. “He’s a big reason why I won in 2010 and why I won this year as well.

“For me with [Seabrook] everyone always bugs us that we are like an old married couple. We hang out everywhere. On top of just being good friends off the ice; on the ice, he is a great player. He’s arguably could be a Norris candidate himself. I don’t think you win these awards without having a good defense partner. You look at past winners and who their defense partner has been and it’s always been a good player.”

Keith has been determined to be the best defenseman in the League twice in a five-year period. He is the only active NHL player with more than one Norris Trophy to his credit. Since 1990, only Ray Bourque, Brian Leetch, Chris Chelios, and Nicklas Lidstrom have won the Norris Trophy more than once.

Keith is now a part of that exclusive fraternity, even if it is reluctantly.

“I still got a few more to win before you can mention my name with those guys,” Keith said. “Those guys to me are my idols and, in my mind, I don’t ever view myself with those types of guys. I just want to keep working and just try to get better every year and see what happens.”