WHL Firsts: Four feature first goals round out the week 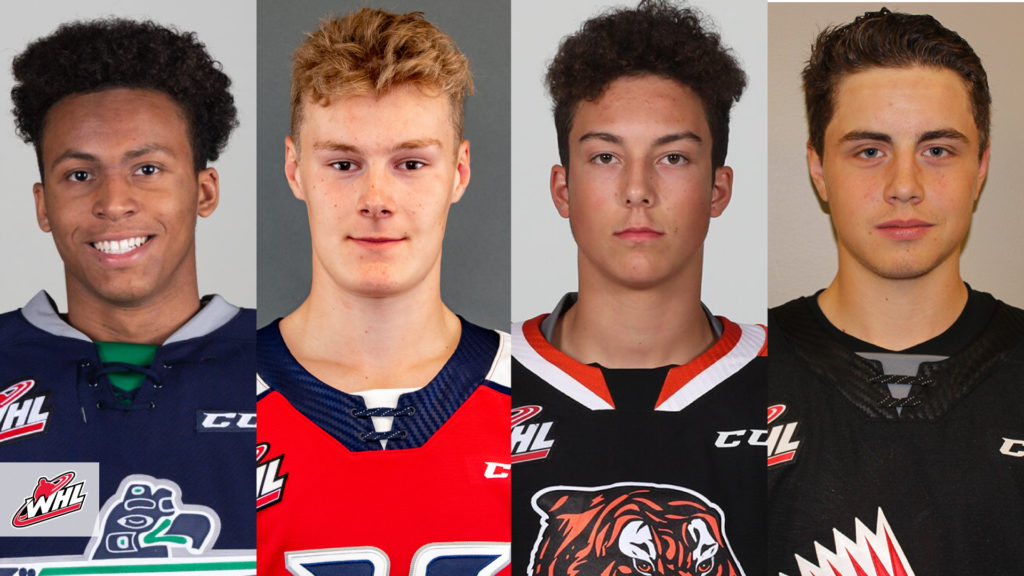 After various shake-ups around the league at the 2020 Western Hockey League Trade Deadline on Friday, January 10, play continued and four players found the net for their first career goals in the league. Players from the Lethbridge Hurricanes, Medicine Hat Tigers, Moose Jaw Warriors and Seattle Thunderbirds potted goals in weekend action. Two of the four goals this weekend came from teams in the Central Division.

Weekend WHL Firsts was kicked off by Thunderbirds forward Mekai Sanders who potted his first against the Tri-City Americans. The product of Gig Harbor, Wash., buried his first on a sweet shot right from the right hashmarks that beat the Americans goaltender, extending the lead to two. The goal was set up on a sweet one-touch passing play involving all three Thunderbirds forwards. The 16-year-old finished the game with two points (1G-1A) in the win.

Opening the scoring on Saturday for WHL Firsts was 16-year-old defenceman Chase Pauls of the Lethbridge Hurricanes against the visiting Swift Current Broncos. The 6-foot-6, 206-pound product of Osler, Sask. potted the insurance goal for the Hurricanes on a wrist shot from the point, beating the Broncos goaltender. Only in his third game for the Hurricanes after being called up from the Prince Albert Mintos of the Saskatchewan Midget AAA Hockey League (SMAAAHL), Pauls has already made an impact with Lethbridge. He finished the night with a goal in the team’s 7-2 win.

Also on Saturday, the Warriors got a memorable performance from Eatonia, Sask. product, Cade Hayes who scored his first two goals in the WHL against the visiting Tigers. Hayes, the 5-foot-10, 179-pound centre, opened the scoring for the Warriors only 56 seconds into the first period. After breaking into the Tabbies zone, Hayes controlled a pass and sniped a shot blocker side giving the Warriors the early lead. Hayes potted his second goal after tipping a point shot past the Tabbies goaltender 4:20 into the second period. Hayes finished the night with two goals and was awarded first star of the game honours.

On the other side of the ice, Damon Agyeman potted the second Firsts goal scored by a defenceman this weekend. After Lukas Svejkovsky tied the game for the Tabbies, Agyeman pinched in on an offensive zone play and buried a back-hand shot beating the Warriors goaltender. The 17-year-old finished the game with a goal in the Tigers 7-5 win.

We defeated the Warriors 7-5 tonight.